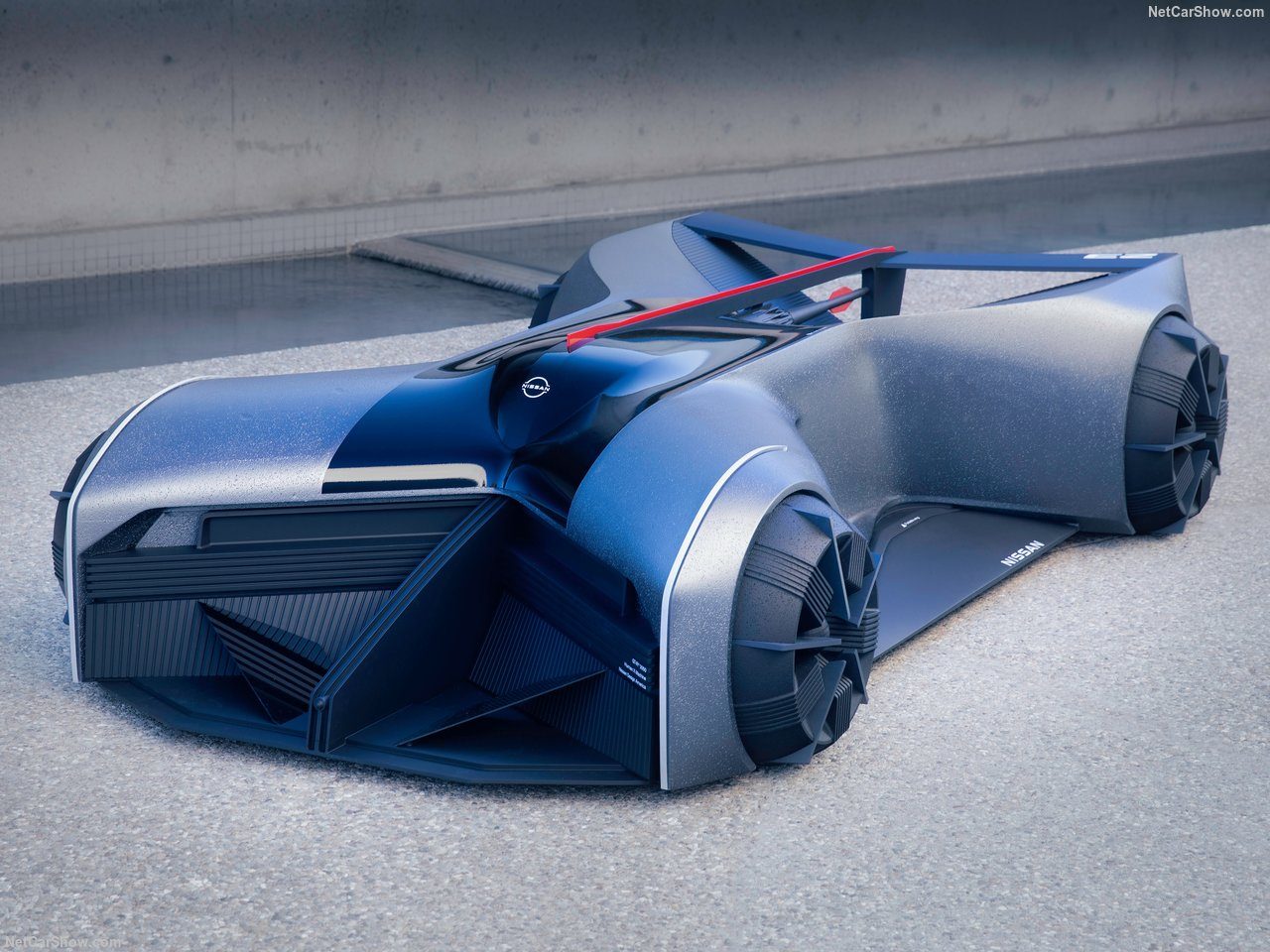 In 1970, the term "minivan" had yet to be coined, SUVs were primarily used by outdoor surveyors, and a new kind of supercar emerged wearing the unfamiliar badging "GT-R" in Japan. And future car designer Jaebum "JB" Choi was still decades away from being born in Seoul, South Korea. A lot can change in 50 years.

Choi, like many of the graduating seniors at ArtCenter College of Design in Pasadena, Calif., looked to the future for his final thesis - not 50 years, but the year 2050. He selected a vehicle with a rebel soul - the Nissan GT-R - for a design study in a future autonomous era when machines can embody a driver's emotion through a physical connection.

Choi also was starting an internship at Nissan Design America (NDA) in La Jolla, Calif. at a time when COVID-19 restrictions changed how everyone was thinking about the future. Soon his student thesis took wings, and his vision for the "Nissan GT-R(X) 2050" was born.

"I started my internship at NDA in January and participated in company projects for about two months. Then, I started my 'vision humanoid' project for the rest of the internship, working from home because of COVID-19," said Choi. "Little did I imagine then that the team at NDA would take me under their wings and help me create it as a full-size model."

The completed project runs just under 10 feet long and sits just over two feet high. The single occupant, the driver, rests horizontally in a "prone" position with limbs extended in an X-shape. The driver wears a futuristic, form-fitting suit and helmet that resembles a superbike riders' protective helmets and leathers.

"JB is a super-talented, super-creative designer and his ideas about future supercars driven by brain-to-vehicle integration fit perfectly with Nissan's advanced work in the B2V field," said NDA Vice President David Woodhouse. "His thesis was all about demonstrating the emotional connection technology can create, and the benefit that it can deliver for customers. It was super exciting for the NDA team to help JB give form to this idea as a 1:1 model."

As a "wearable machine," Choi envisions that connecting the human brain to the computer's would provide better performance than 'ordinary' self-driving cars. He says the vehicle imitates the shape of the human body so it can efficiently protect the brain.


"Exo-skeletons today make people stronger by wearing mechanical structures. I tried to fit the size of a person's body as much as I could, as if I were wearing a car," Choi explains about the vehicle's compact layout. "I wanted to create a new form of machine that is not a vehicle to ride, it is the space where machine and the human become one. "

Another unique element is the GT-R styled helmet and "docking" suit. The helmet was designed to be inserted into a slot for front vision camera shared with VR vision. A brain-to-core transmitter would help the human brain activate digitalized signals.

As a vehicle that would be 'driven', most likely at night, maneuverability would be a critical part of its high-power electric performance. Choi imagines the vehicle's one-piece wheel/tire units as having a shape close to square, allowing the vehicle to turn 360 degrees. The outer tire diameter measures 21 inches and inner wheel circle is 15 inches. The wheels' spoke pattern was designed to help the wheel cool down fast, even under extreme braking.

The Nissan GT-R(X) 2050 also deploys an active wing that would add downforce when extended. The wings fold so the driver can get in and out of the car.

"JB has essentially envisioned a new mode of transportation that people could experience like clothes, "wearable," instead of a traditional vehicle "carriage." It is the kind of breaking-the-mold thinking that has always been encouraged here at NDA. We've been honored to help bring JB's vision to life," concluded Woodhouse.
SPECIFICATIONS 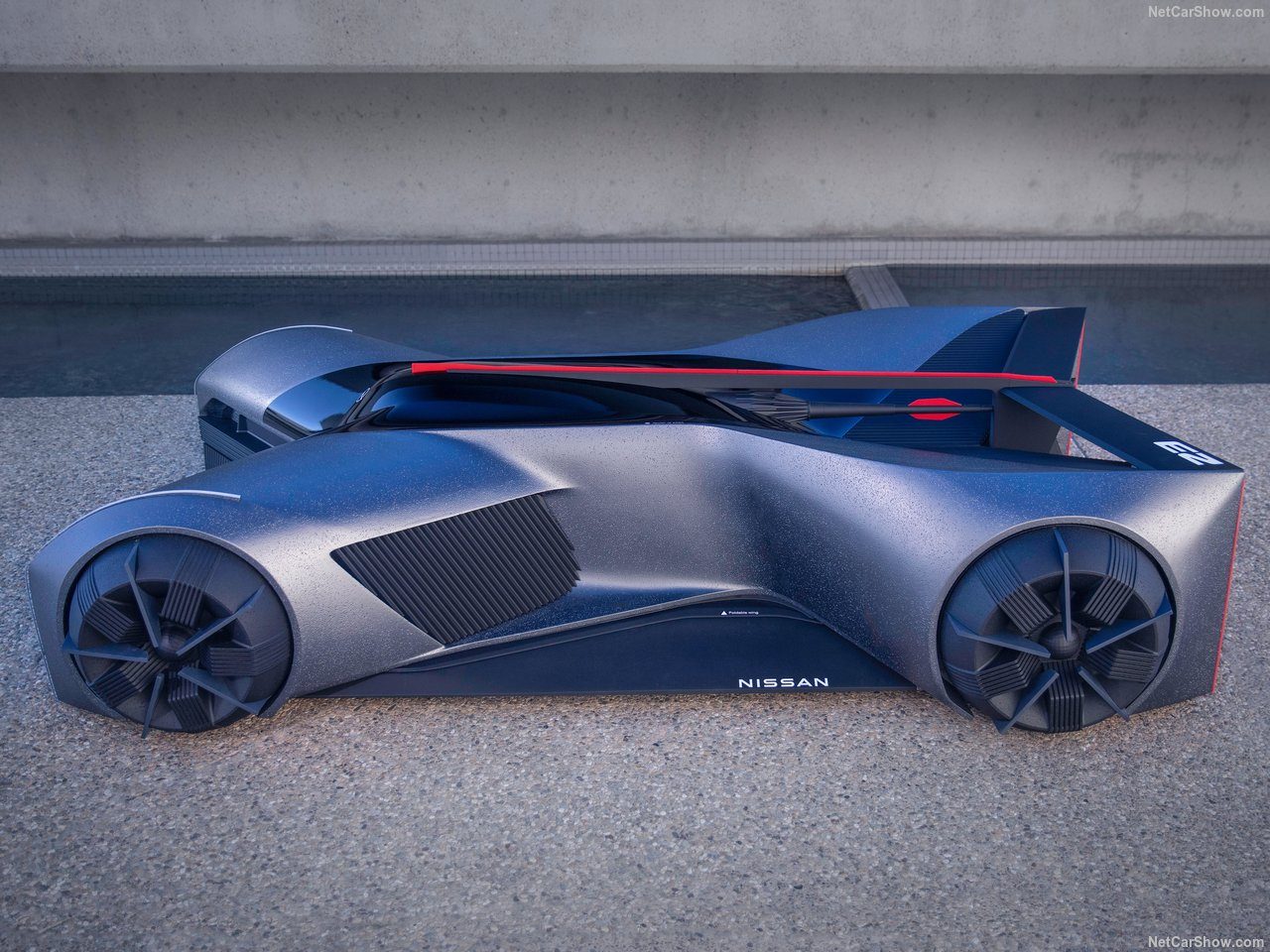 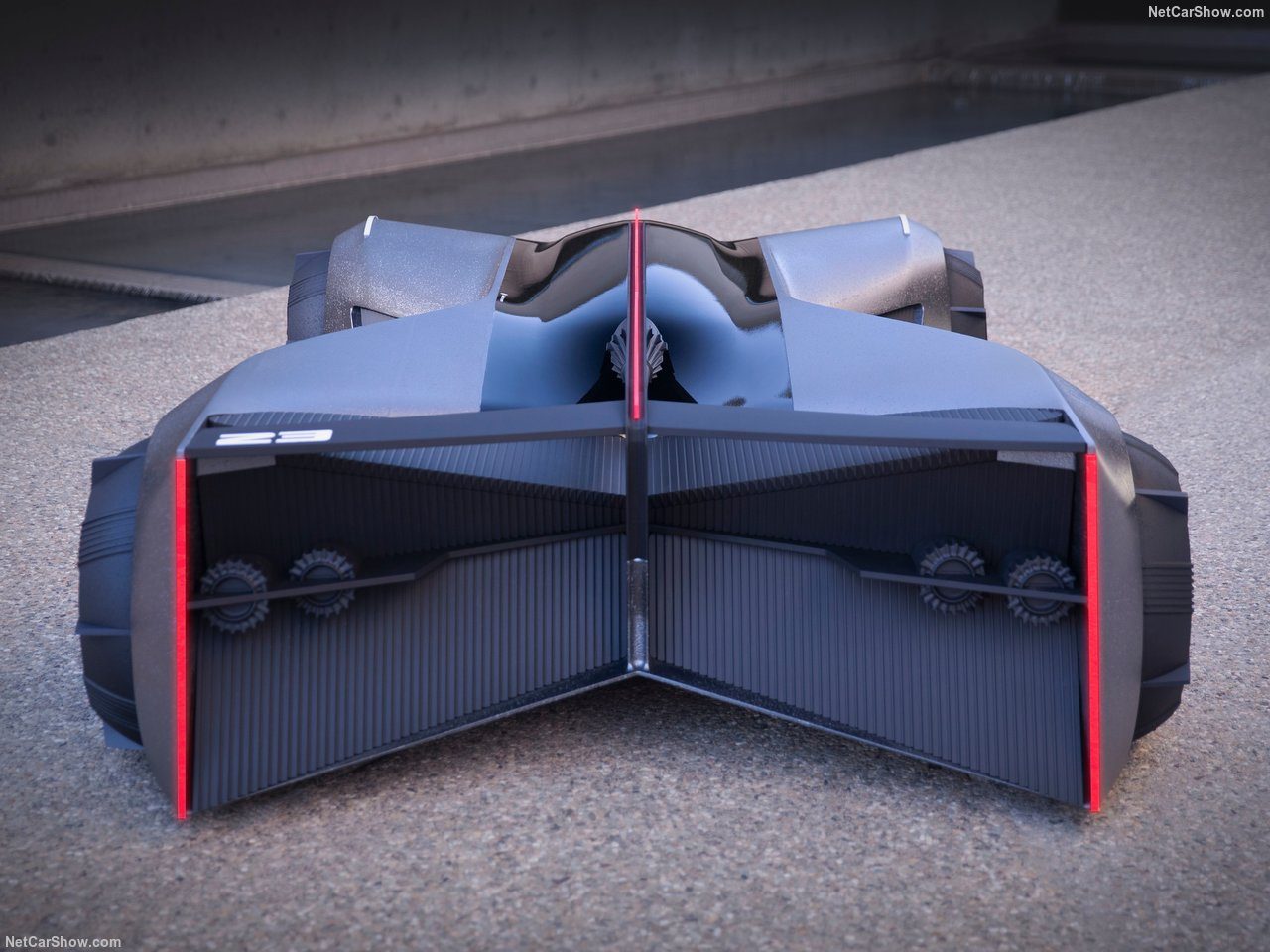 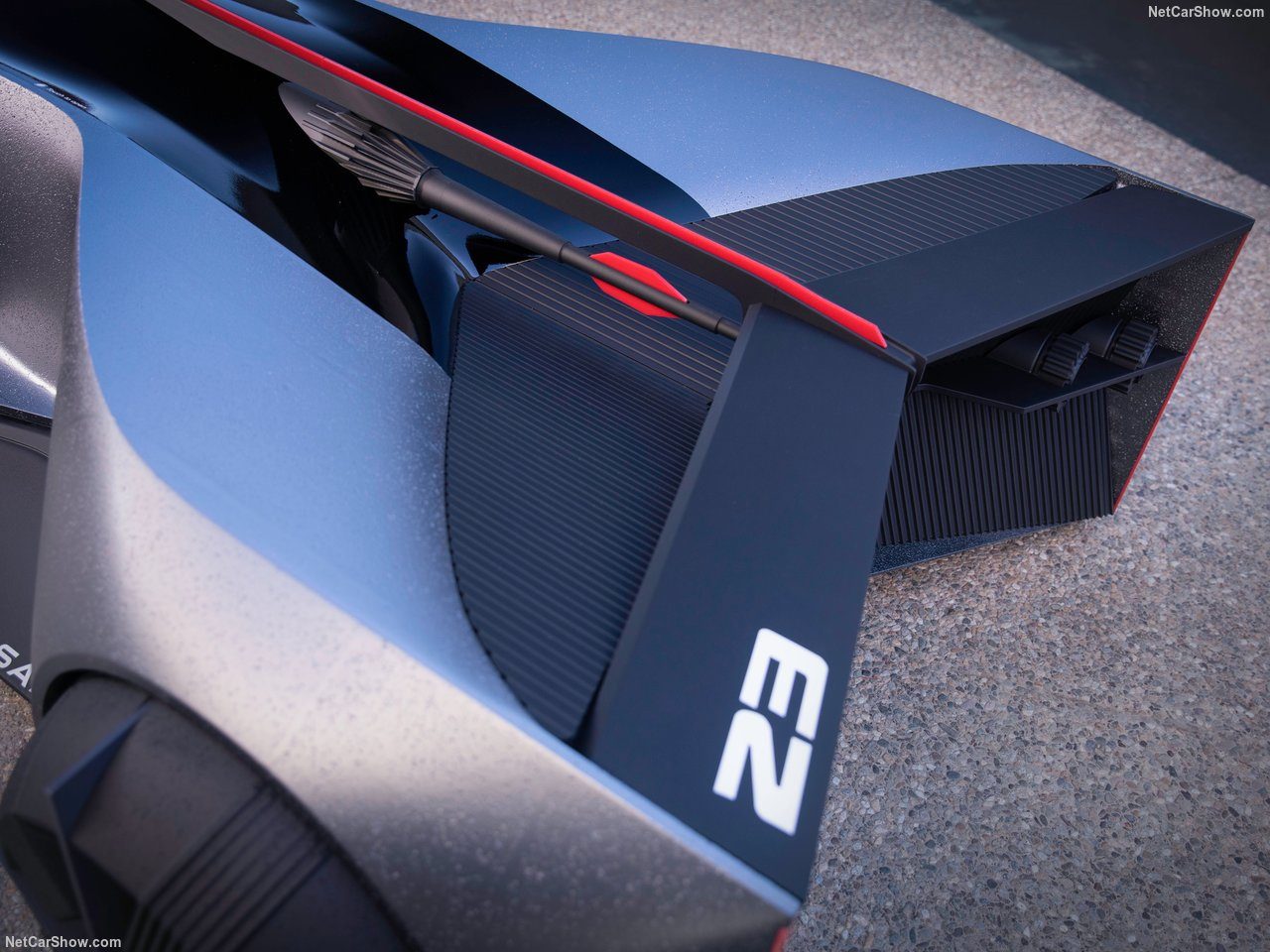 ...So, it's basically a Chaparral VGT, but with a slightly more sensible propulsion system? It's a lot uglier than Chaparral, tho.
Last edited: Dec 26, 2020 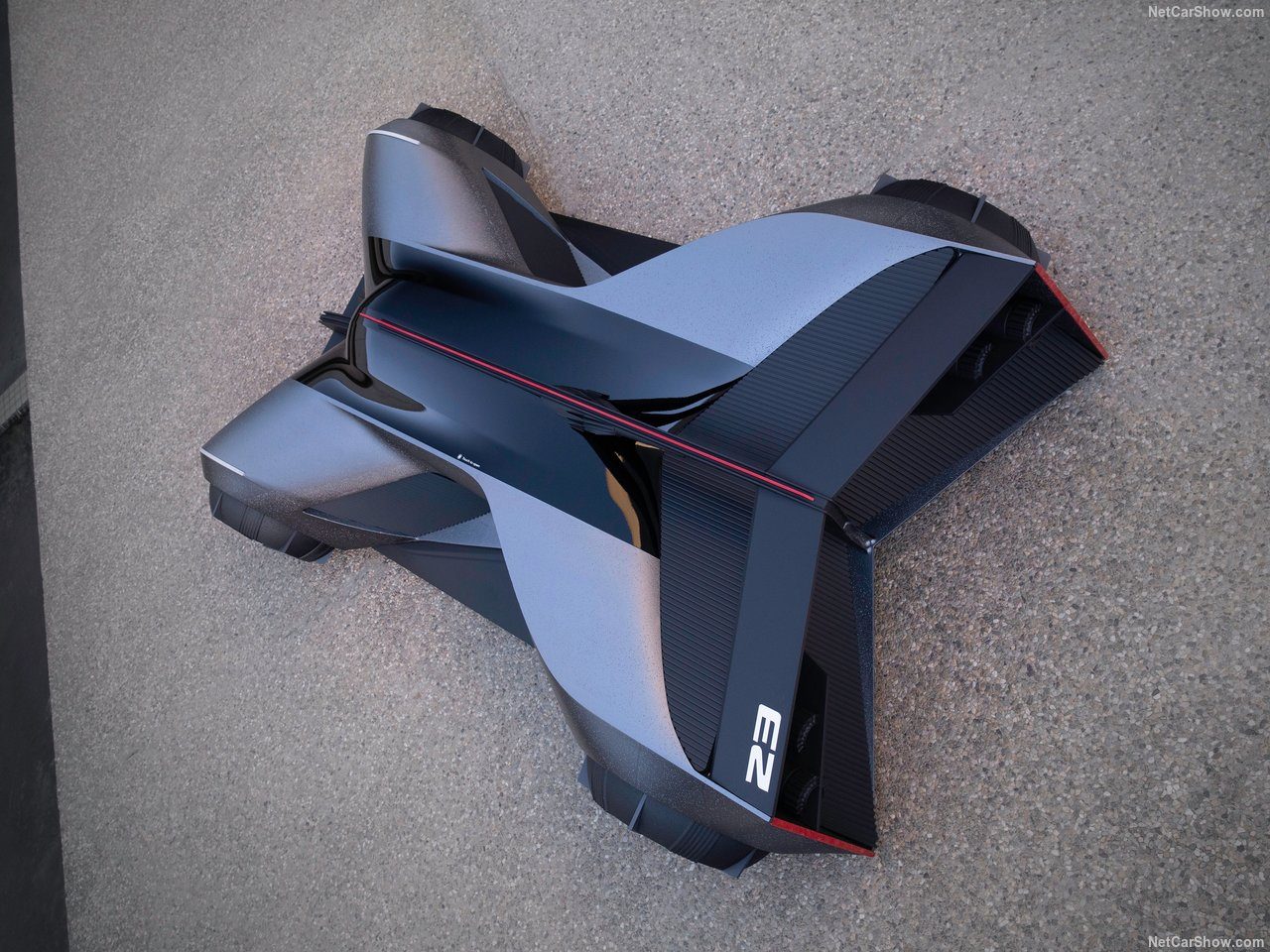 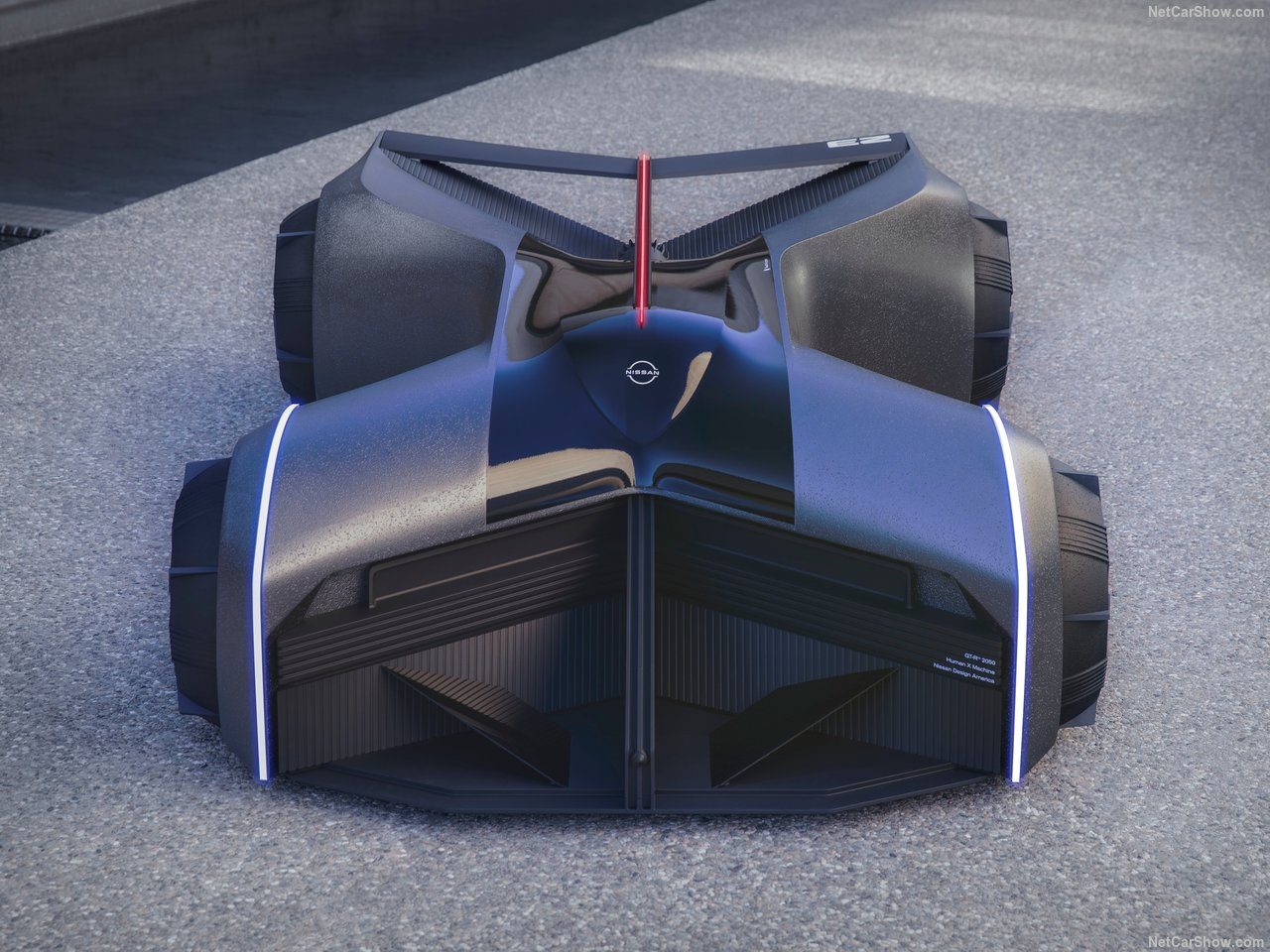 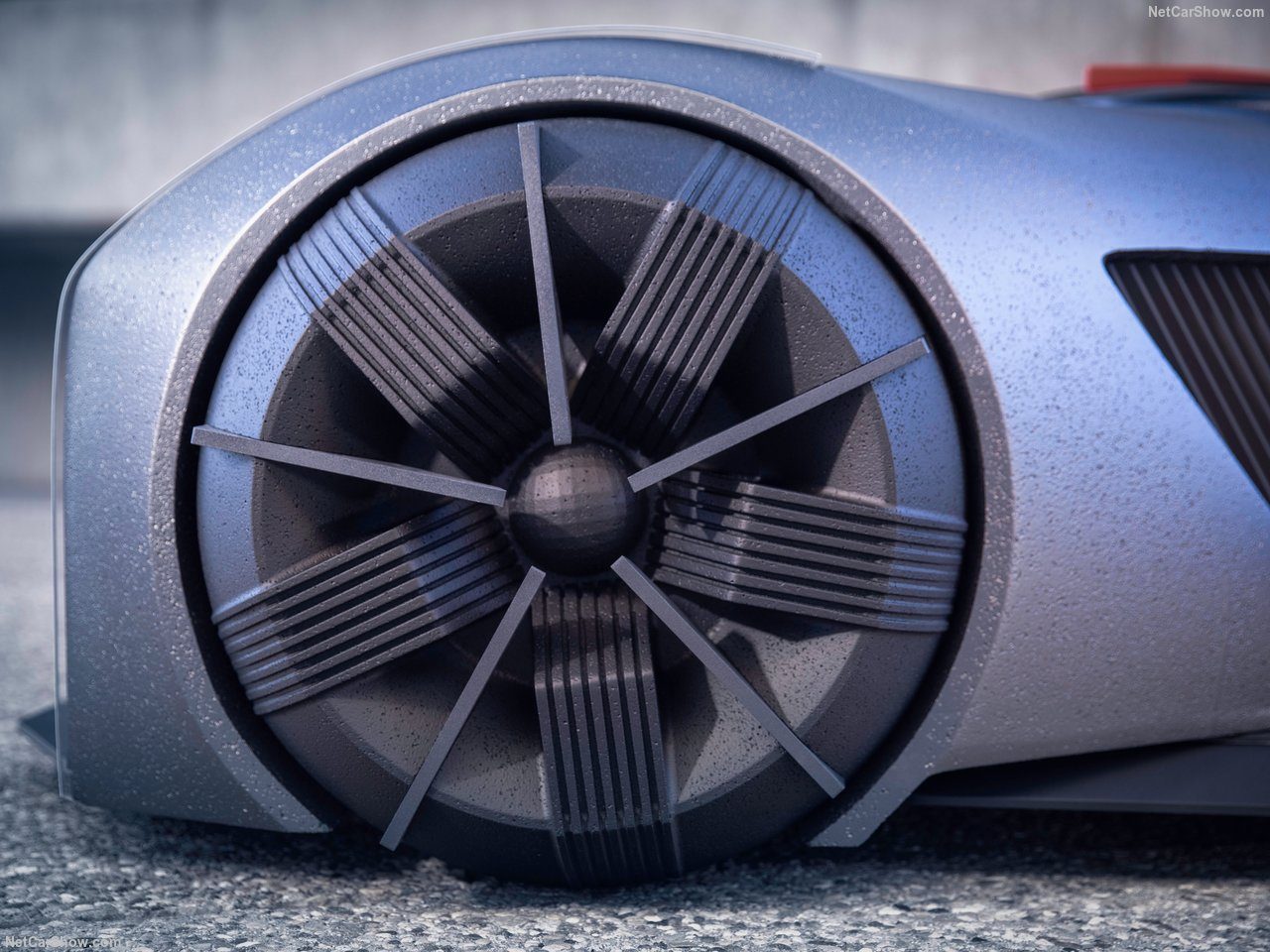 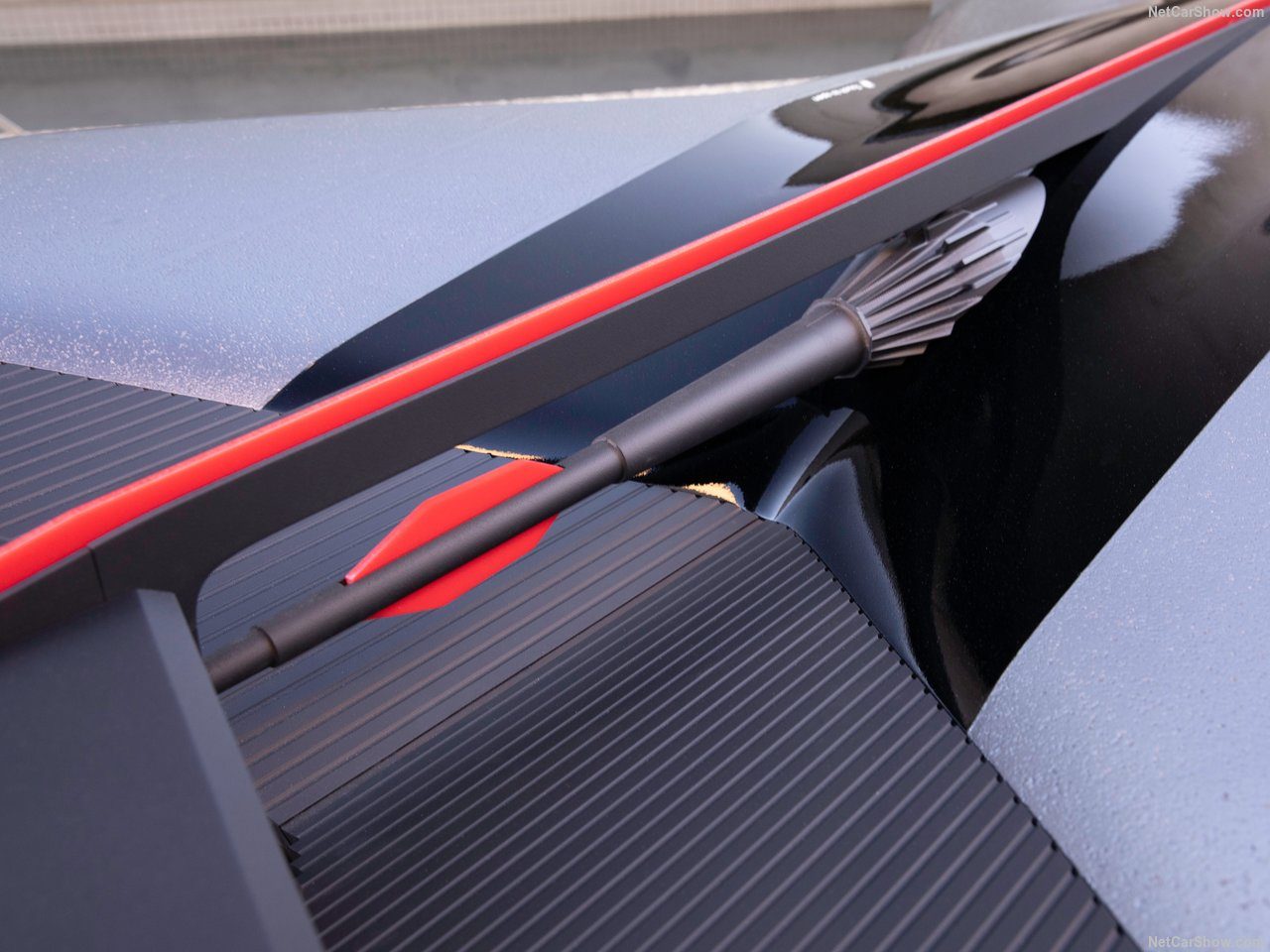 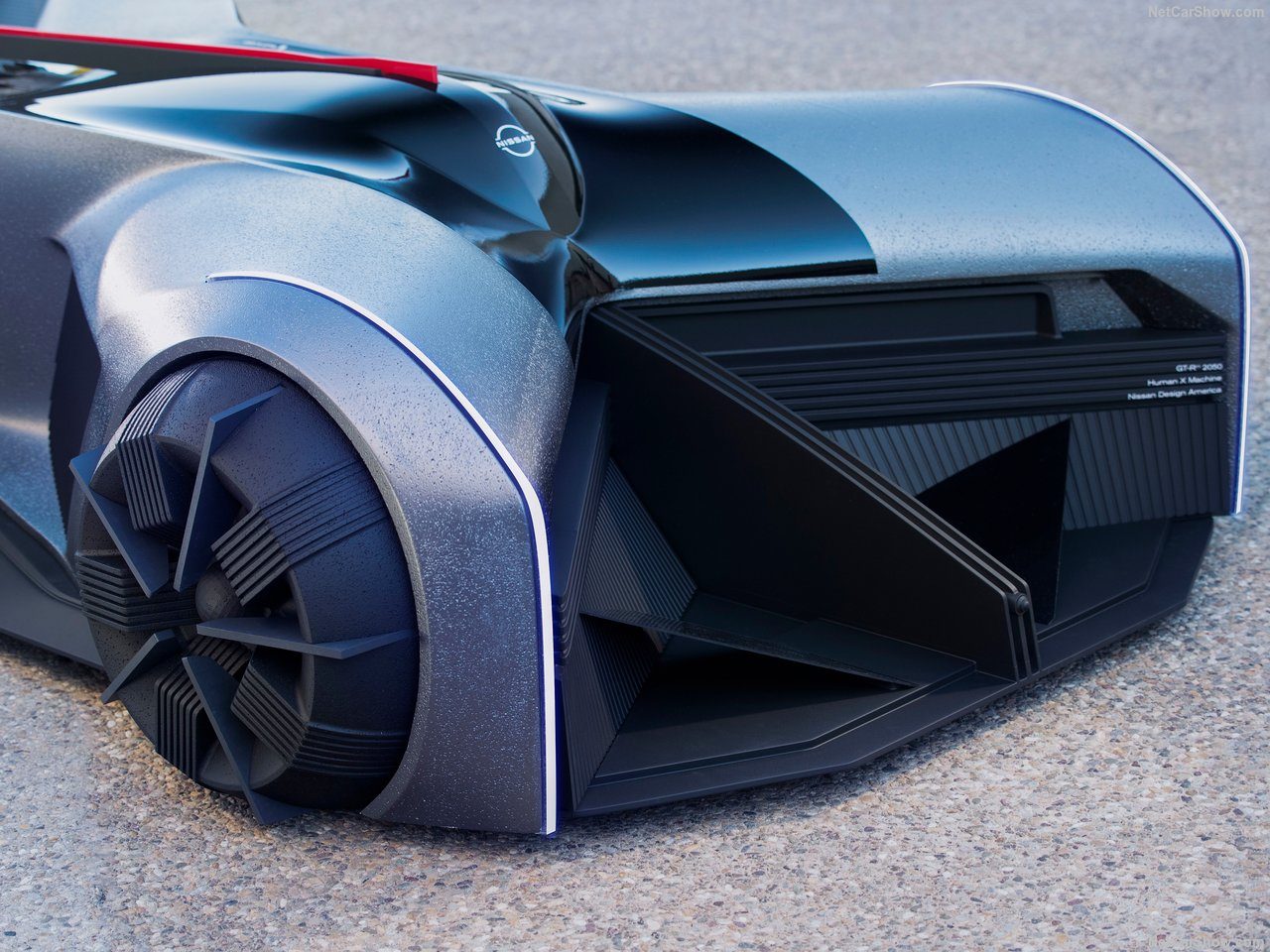 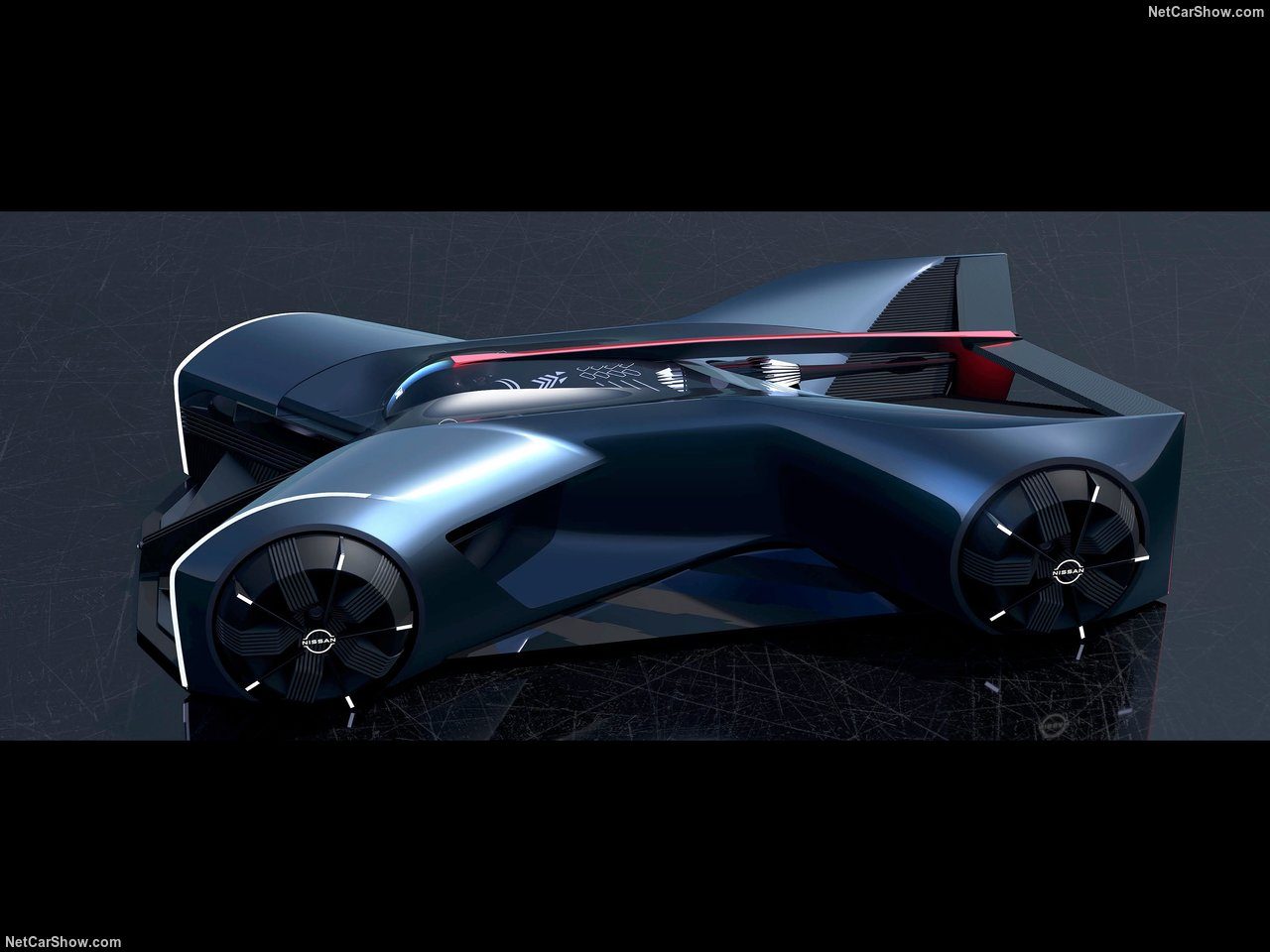 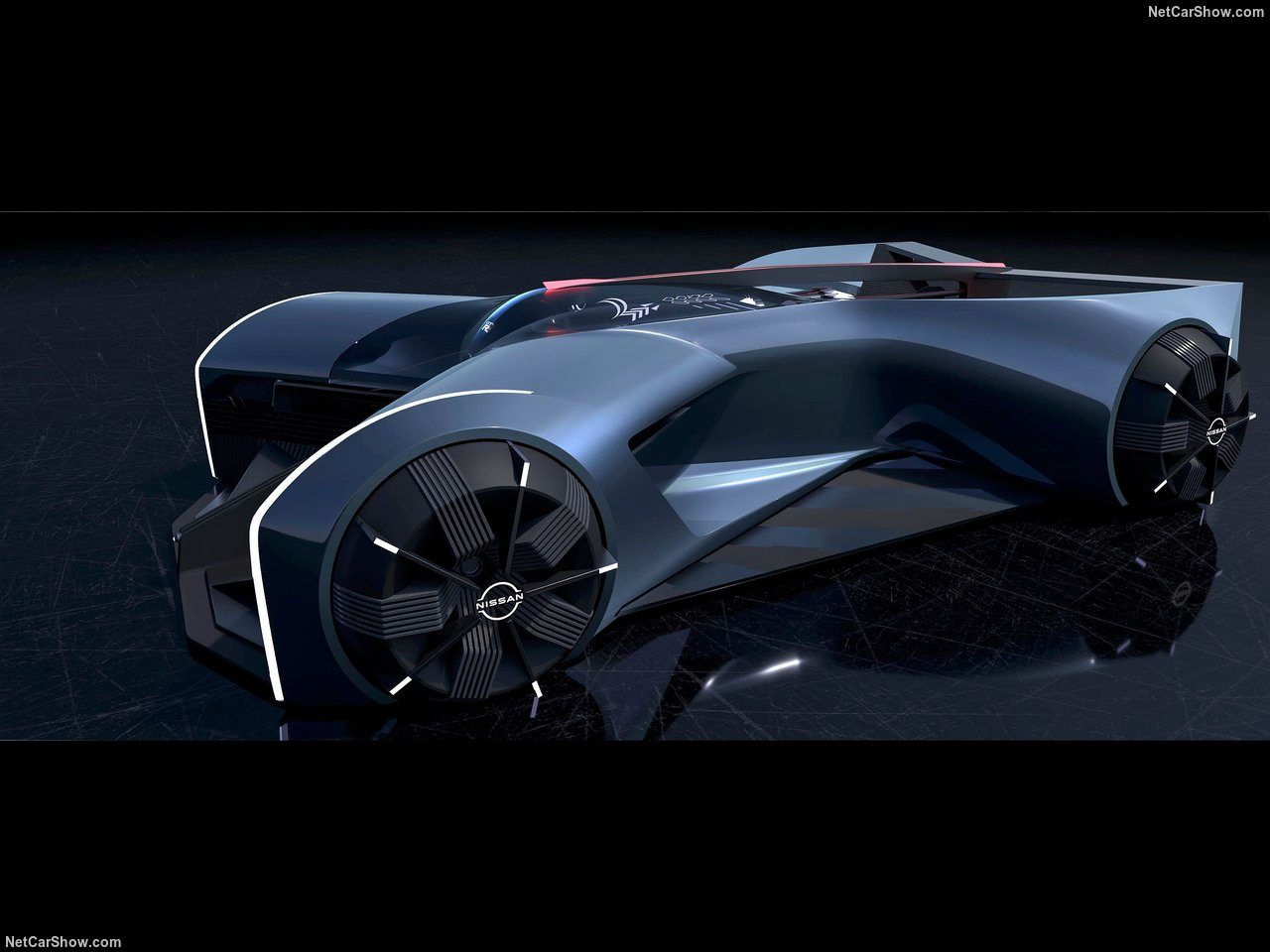 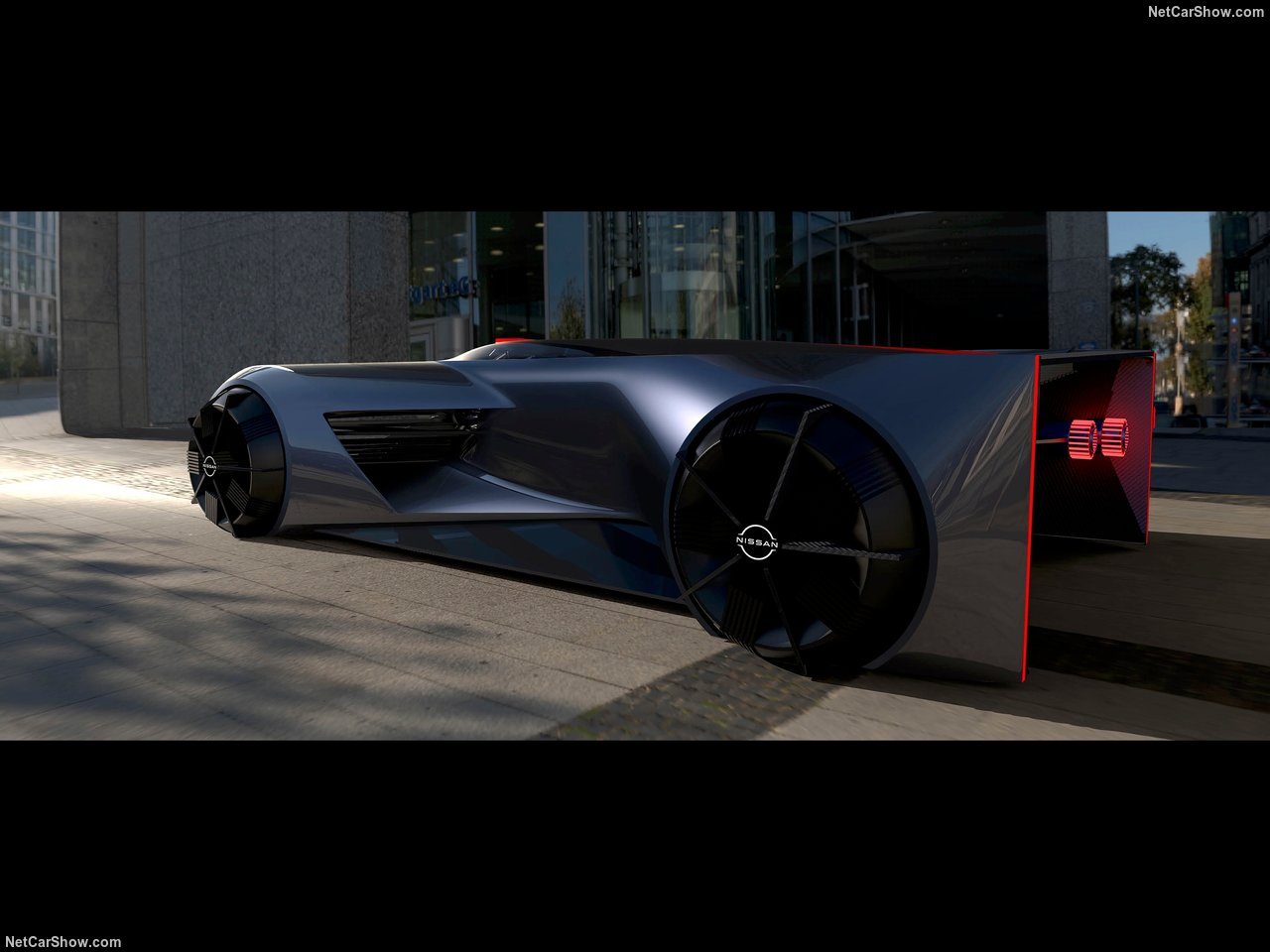 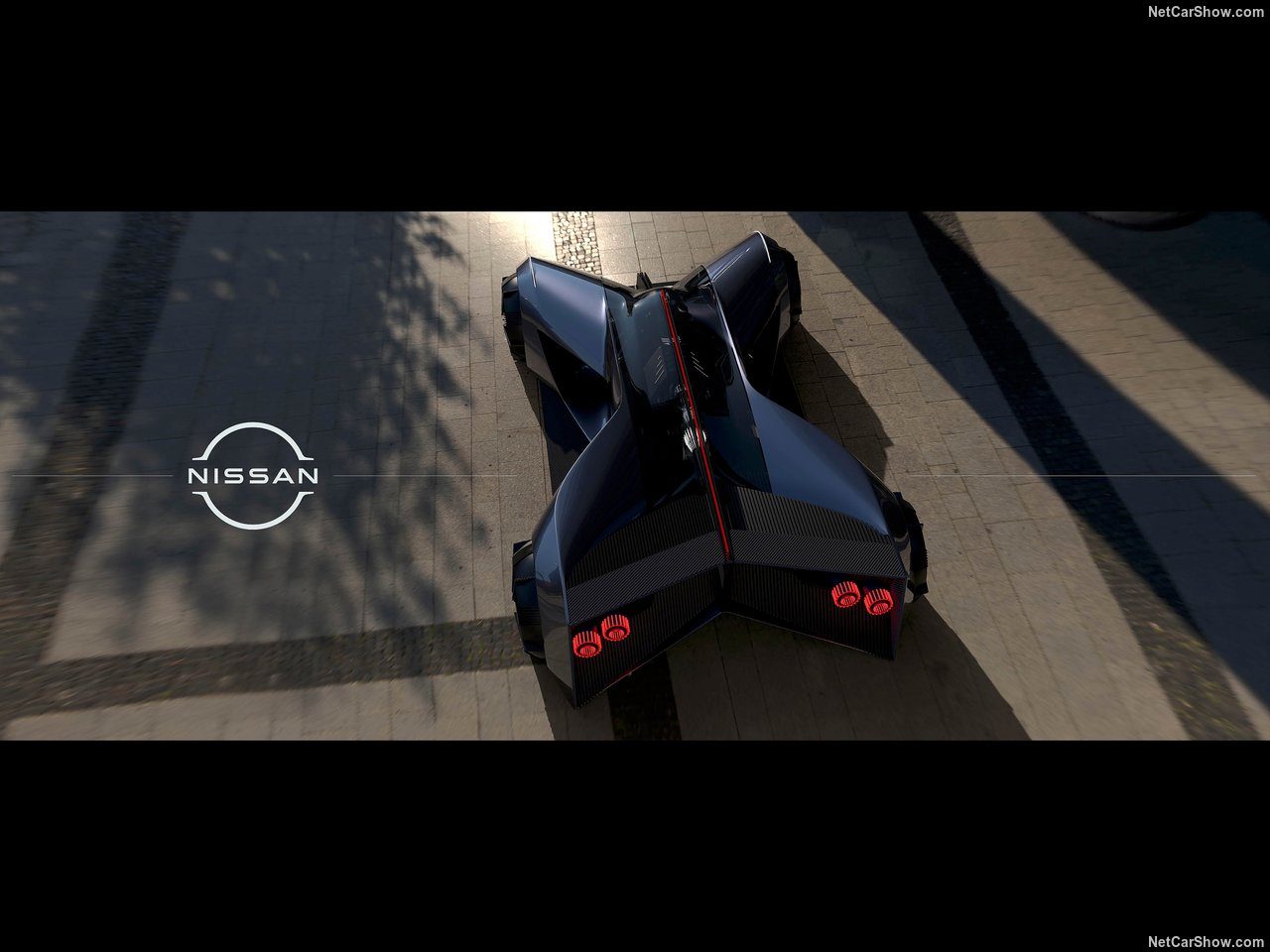 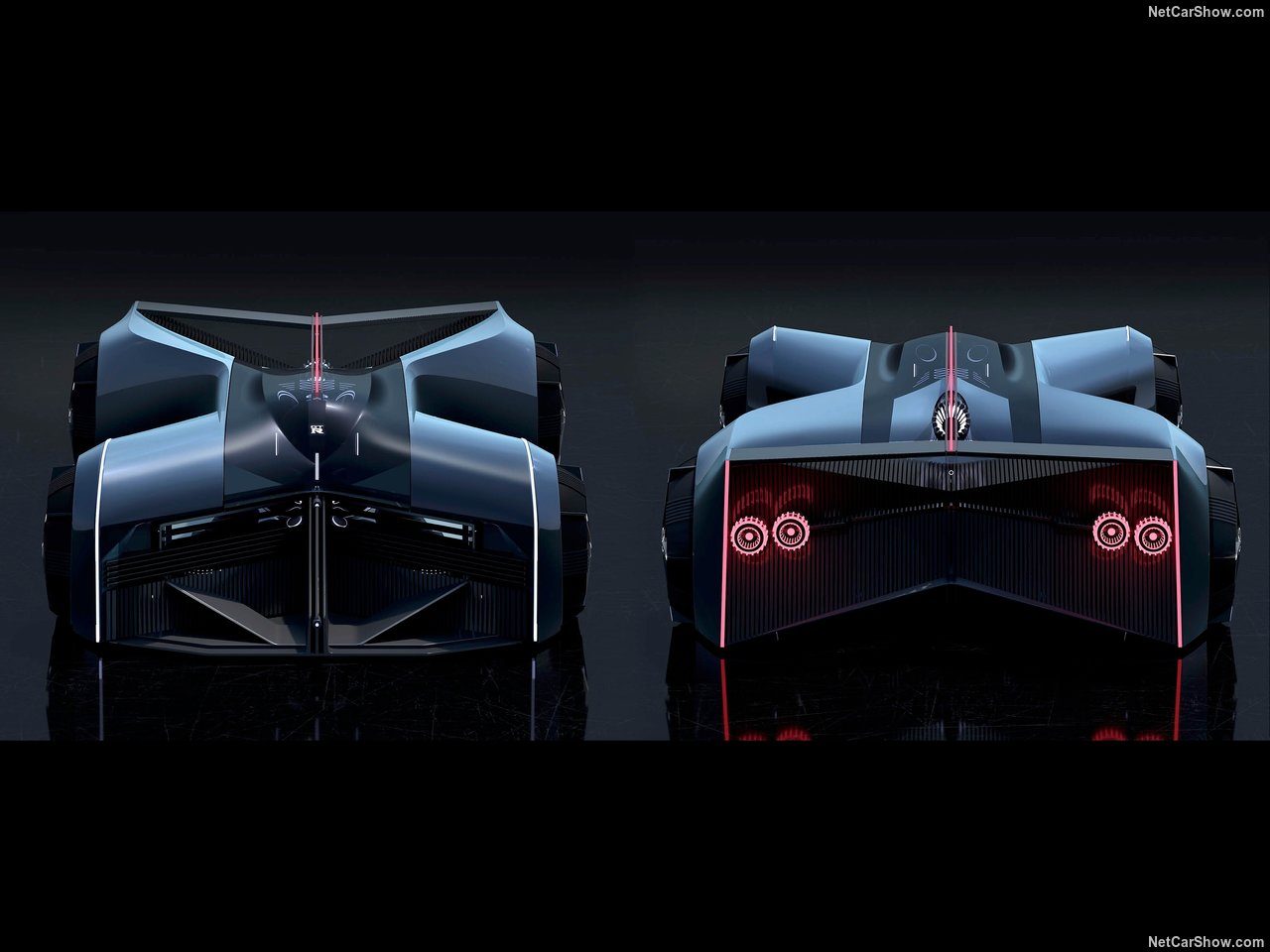