Title of this thread says everything that I wanted to.
Last edited: Jun 2, 2017

I have some info about some of the new Pokemon in Gen VI from the gamefaqs board via the poster Ultimacanti. He is a part of the NA Localization team for Nintendo of America in collaboration with Game Freak

First, there will be a major spoiler released about the game in March (but not by him).

Second, there apparently will be a new Eevee evolution, this one a pure flying type.

Third, 4 Pokemon families and descriptions have been leaked:

1. Small dolphin with clown face paint (no clown nose) and a striped hoop around its belly. (summary says it gets 1 evo)
2. A bird that looks very similar to a plover, mostly white body with black stripes, forming something like a hashtag on both sides of the body. Also stripe across eyes. (summary says 2 evos)
3. A fluffball with only small legs and a nose sticking out of it (cannot see eyes). This is the new rodent, but the animal it is based on is neither associated with fluff or Europe. (summary says 1 evo)
4. A small kangaroo with a battery-pouch and two hammer-like hands. Its tail is spiraled (no obvious lightning marks on its body) (summary says 2 evos)

In addition:
New region is divided between Northern forests/mountains and southern coasts / plains.
2 new villain teams
Yveltal and Xerneas are based on yatagarasu and shishigami respectively
The 2 legendaries represent North and South
The 3rd "Z" legendary is based on a shachihoko (check other thread for a detailed description)
New eevolution is flying type
Fennekin line = Egyptian
Chespin line = military / soldier
Froakie line = wizard

My friend had sent me this info but he usually verifies his sources so I am pretty sure that this information is legitimate. If it is not I apologize and will remove upon disproving.

Exactly what I was thinking.

I don't even care if it's not very good, I'm still going to have room in my team for one.

So, how many of you think this game is going to be available Physically? Digitally? Both?

Also, if this game had a Special Edition 3DS you could buy with it, would you get that 3DS?

By the way, Blitz; that's some impressive info there. I already can't wait for the spoiler!
Last edited: Jan 17, 2013

Nick Skyline
So, how many of you think this game is going to be available Physically? Digitally? Both?
Click to expand...

For now, I think the game most definitely is going to be released physically like all the previous generations.
I'm also only gonna purchase it in a physically copy.

If they were to release it digitally, the save file would most likely save on the 3DS. I think.


Nick Skyline
Also, if this game had a Special Edition 3DS you could buy with it, would you get that 3DS?
Click to expand...

Would definitely look into it, but it also depends on price.
I got a 3DS XL, so I really don't need a new 3DS.

This year is gonna be a heavy year when it comes to games.
So many good games, so little time.

Here is Ninfia. I don't know which name it is but I do know its type without the article mentioning it. 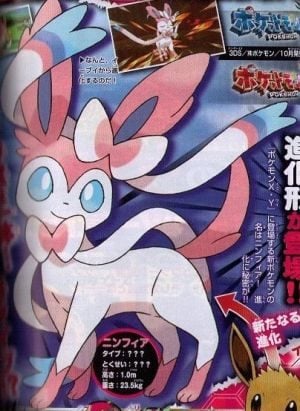 This is the flying type Eevee-evolution.

As posted above, a new Eevee evolution is discovered....Sylveon. 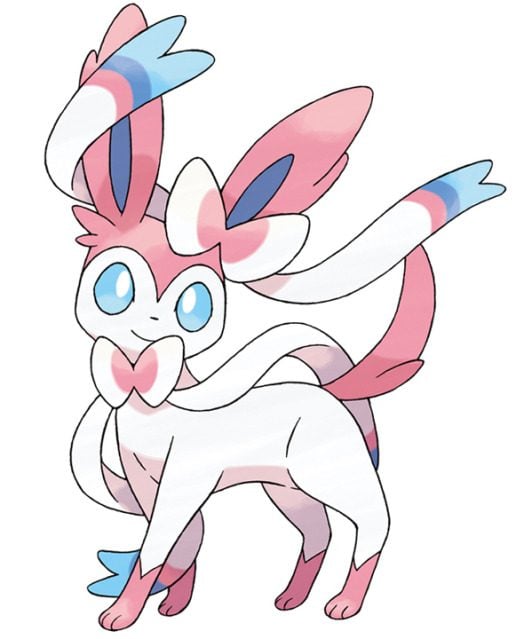 Been a while since anyone posted in here...so, has anyone found anything else on this game (I know Sylveon's type hasn't been revealed yet...and there's a spoiler that was supposed to come out in March, maybe we'd like to see a few images)?

Still no word on if this is real or not, but apparently Pinsir and Heracross are getting prevolutions. 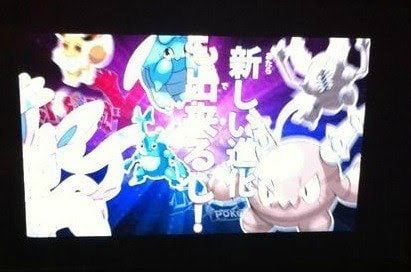 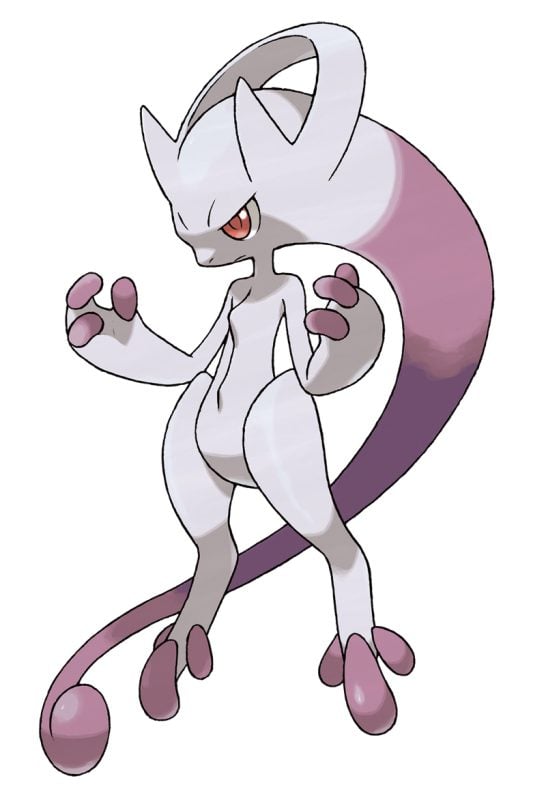 I wonder if we get to fight the robots

Ah yes, I was getting to that. Nice find.

Also, I wonder if we're just going to see more legendary Pokémon up until release and/or if the evolved forms of the starters are revealed anytime soon.

EDIT: A new type has been revealed; read the post below to find out what's going on.
Last edited: May 5, 2013

We knew it was coming some day since the Fairy egg group exists. Now we've got Fairy-type Pokémon.


Apolon from International Digital Times
First up: Pokémon X & Y news. Nintendo hasn't announced any new reveals yet (and they tend to tease their announcements a few days in advance), so we need to scrape by on leaks.

First up, a leaker who accurately leaked the entire Black & White Pokédex and apparently has inside connections has revealed to Pokéjungle that, as we have previously reported, Pokémon X & Y will indeed have a new Fairy type. Not only will Sylveon be part of it, so will Xerneas, the stunningly beautiful mascot for X.

Even more Pokémon X & Y news from the leaker: Yveltal, the mascot for Y, will be a predictable Dark/Flying type (just look at it). And Clefairy and Clefable will both have their types changed from Normal to Fairy. NeoGAF reports that Togetic may also change types. This is very definitely just a rumor for now, but an increasingly credible one -- and one that I, at least, hope comes true. A new type would go a long way in shaking up the games and making them feel different from Gen V, something Nintendo is definitely committed to. New looks aren't enough.
Click to expand...

So now I ask you: If the Fairy type is real and Clefairy and Togetic are getting re-typed, what other Pokémon spanning the first 5 Generations do you think will also get the Fairy-type treatment?

Also, I forgot about this question...this is, after all, a speculation thread that still has about 5 months left in it: What kind of non-existent Pokémon would you like to see? You can draw your own Fakemon and submit it here, or you can describe it in words.
Last edited: May 7, 2013

There is the gameplay trailer to go with that info Nick

We can ride Gogoat lol, the guy chilling in the car made me laugh too

I can't wait it looks fantastic

This and GT6 are going to be my main game purchases of the year, really looking forward to this. I still need to finish Black 2 and Diamond though, played all of the Pokemon games looking back and the last one I actually finished was the original Pokemon Gold.

Many more titles worth getting too, but those are the ones getting my attention.

Never finished up my Pokemon White 2 yet. Might have to get to it soon.

E3 has come and mostly gone!

I found plenty of information about X & Y from this link: http://www.serebii.net/index2.shtml


Serebii
A new feature called Pokémon-amie allows you to interact with your Pokémon to help grow your bond. This allows you to play with them and copy their actions.
Click to expand...

During the Nintendo Direct, it was revealed that Pokémon X & Y will include the new Fairy-type which includes Sylveon, Gardevoir, Jigglypuff and Marill and is super effective against Dragon types. Gardevoir is now Psychic/Fairy, Marill is Water/Fairy and Jigglypuff is Normal/Fairy.
Click to expand...

Sylveon has a move called Moonblast, a new Fairy-type move that calls on the power of the moon to attack an opposing Pokémon. This move can be very powerful and also lowers the opposing Pokémon&#8217;s Attack stat.
Click to expand...

On the Nintendo eShop, the Pokémon X & Y data pages have gone up. These pages don't reveal too much about the games, but do confirm that, like all Nintendo developed games, they will be available for digital download, and the games will contain StreetPass and SpotPass functionality.
Click to expand...

Players able to choose between languages in the game itself, English, French, Italian, German, Spanish, Japanese, or Korean. PSS (Player Search System) will allow players to search for others locally or globally (via Wi-Fi) to battle and trade. Split into Friends, Acquaintances and those you Pass By. They can then be promoted all the way up to friends as you interact and can hold up to 100 friends.
Click to expand...

So, after having read all this, do you still want to buy it?
Has it convinced you that you will not, or definitely will buy it?
What do you think of Pokemon-amie and the Fairy type?

EDIT: If you can find anything else about this game, feel free to share it here. And I think this thread has about 4 months left in it (see why in OP).
Last edited: Jun 14, 2013

Edit: And whatever this is! 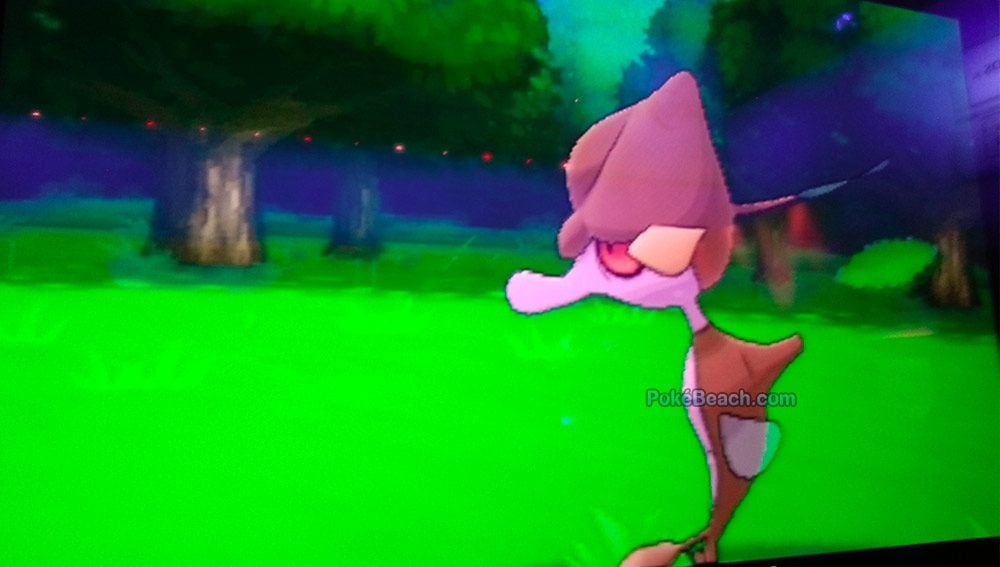 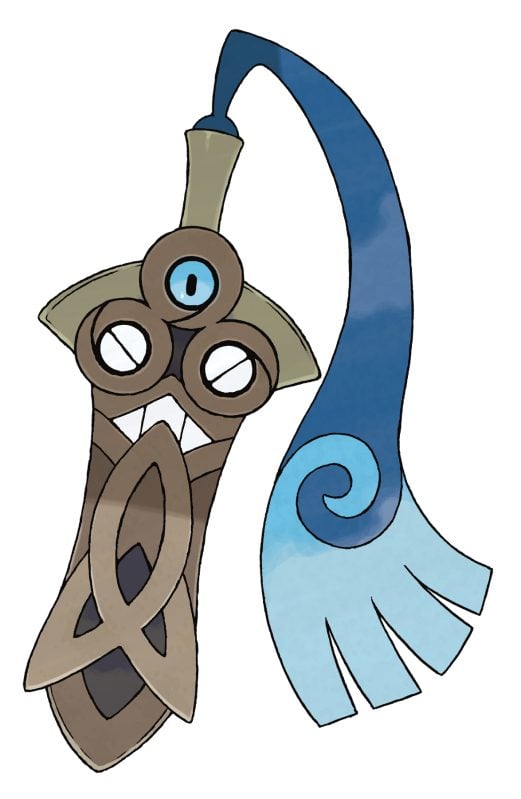 Had I the tools to do so, I wouldn't minding having a real-life replica of one of those. 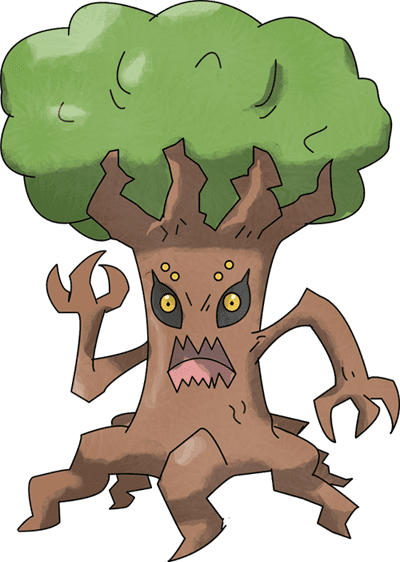 Close, but not quite. 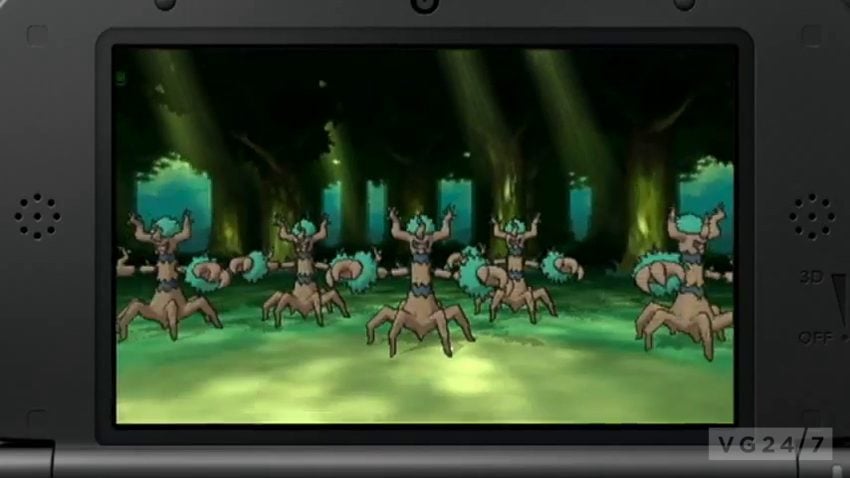 I'm interested to see how the new mega-evolutions fit into single player gameplay, if at all.

The very last part of that video... Is that a Pokemon Stadium with good-looking graphics? I'd buy a Wii U just to play that.

Can't wait to find out more about it.

I was wandering if you guys could help a Pokemon fan.

With Gen VI coming out I'll start with a new team (as usual) but IF you can transfer Pokemon from previous generations should I or shouldn't I. Sometimes I want to start all over again and at times I want all my main teams from previous gens with me every latest gen but I also want to keep my Pokemon with me in the particular region.

What should I do IF you could transfer Pokemon?

RESHIRAM5
I was wandering if you guys could help a Pokemon fan.

With Gen VI coming out I'll start with a new team (as usual) but IF you can transfer Pokemon from previous generations should I or shouldn't I. Sometimes I want to start all over again and at times I want all my main teams from previous gens with me every latest gen but I also want to keep my Pokemon with me in the particular region.

What should I do IF you could transfer Pokemon?
Click to expand...

Personally, I like the experience the new region and all it has to offer before I go back to the older generation Pokemon. It feels like a much fresher experience that way and you get to know the newer Pokemon as well as their strengths and weaknesses better.