Update 1.10 Undocumented Changes Thread
​
As some of you may know by now, PD usually include some little changes and/or features when releasing updates that aren't mentioned in the official update log. So it's up to the community to find them. Any undocumented changes that you find, post them here!

Also, be sure you have some proof or confirmation of what you're saying. Have another person or 2 see if you are 100% sure. Try to be as specific as possible when posting any changes.

This is NOT a discussion thread talking about the update itself. There's a different thread for that. Any bugs or glitches that you find should go in this thread.

Update 1.11 EDIT: Update 1.11 undocumented changes are allowed to be posted here. The reason is that I'm not expecting many changes in a 30 MB update. It wouldn't be worth creating a new thread.

​
Vision Gran Turismo
The "Aston Martin DP-100 Vision Gran Turismo" and the "NISSAN CONCEPT 2020 Vision Gran Turismo" have been released.​
After the update has been installed, the cars can be purchased from the [Vision GT] option within the [CARS] section in "My Home". Alternatively, it is also possible to obtain the cars by completing a lap (regardless of the lap time) in the new Seasonal Events, available only for a limited time.

Brake Caliper Paint
It is now possible to repaint the brake calipers on cars equipped with [Racing Brakes] purchased within the [Suspension] menu of [Tuning Parts]. Please note there are certain cars that cannot be repainted using this feature.

​
Customization of car numbers
More cars have been made compatible with the [Driver Number] feature in the [Garage]. There is also an increased selection of [Base] sheet designs on which the numbers can be displayed. 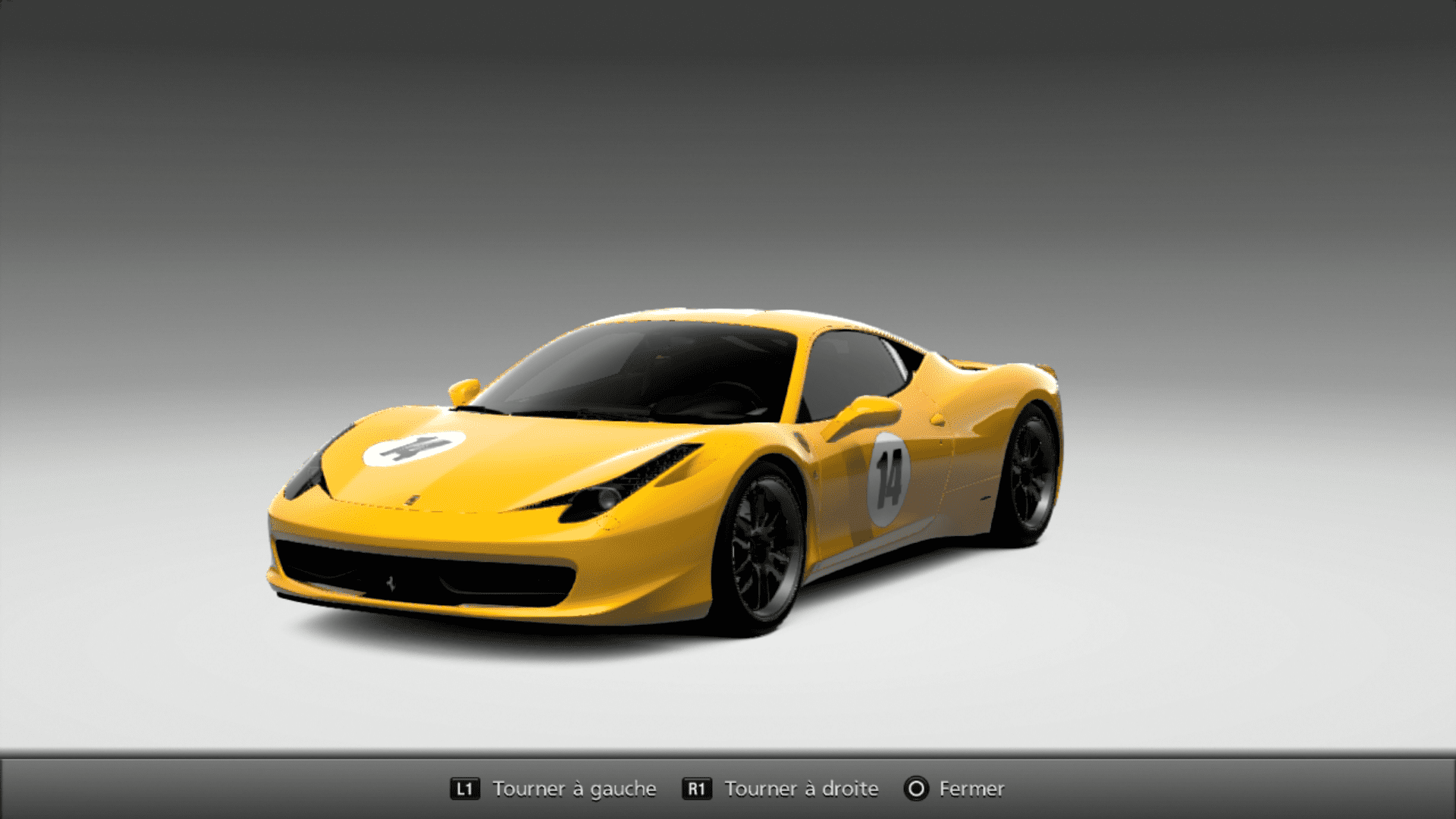 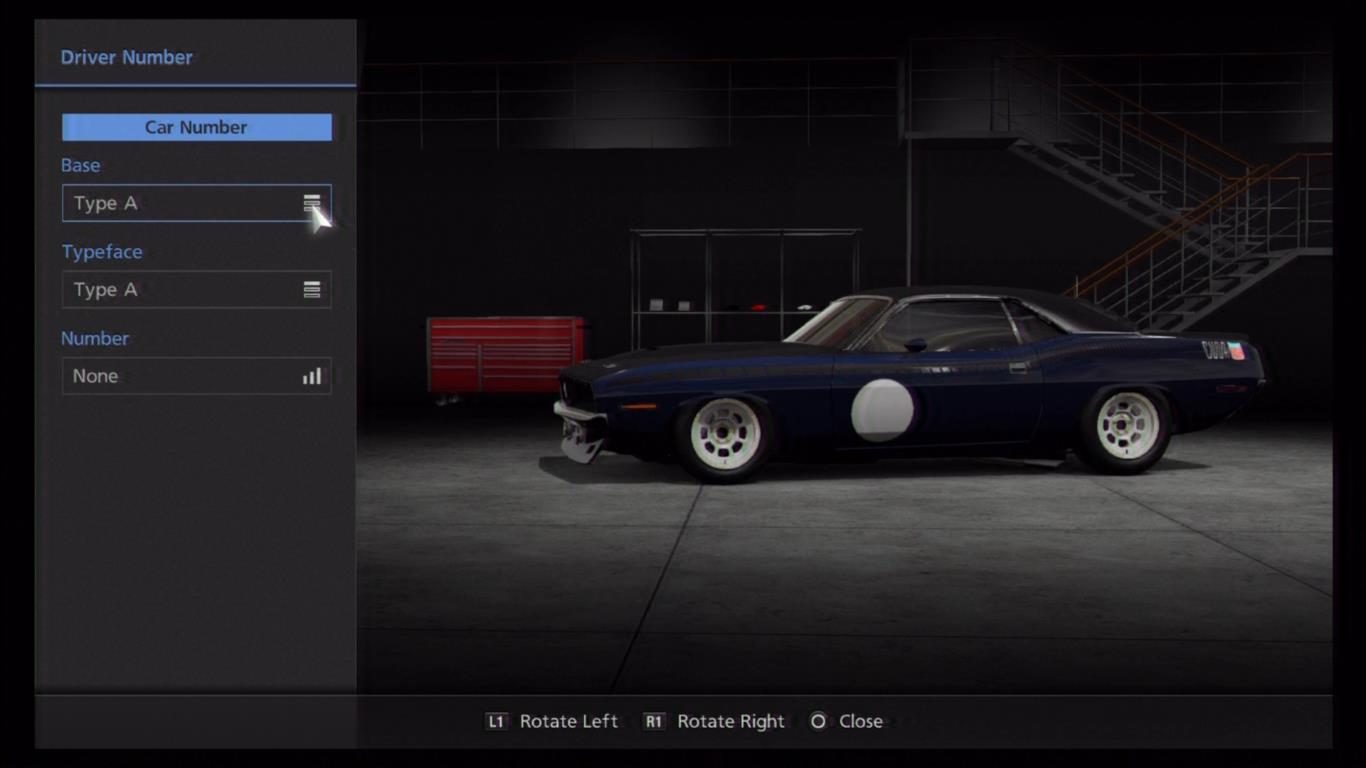 Engine brake reduction control on formula cars disabled
We have disabled the engine brake reduction control that was active on certain formula cars. (This is a feature that helps you avoid spinning out from excessive braking forces generated by the engine while the throttle is in the off position. This was accomplished by slightly opening the throttle while cornering even with no input to the accelerator.)​
[Documented Changes source]
Last edited: Aug 6, 2014

In fullscreen view, you can rotate your car left or right as you wish.
Last edited: Jul 25, 2014

TS030 now has an electric power meter in the HUD underneath the fuel, so you don't need to be in cockpit view to see it.

In fullscreen view, you can turn your car left or right as you wish.
Click to expand...

How about the other hybrid's?

TheLuigi755
Haaaaaaaaaa-llelujah!
It's great to see new features coming to GT6 every few weeks. First the Mitsu/VW VGTs, the TS030, the Red Bull Ring and now this? No stopping Kaz now, baby.

Wait. Did I just sa- 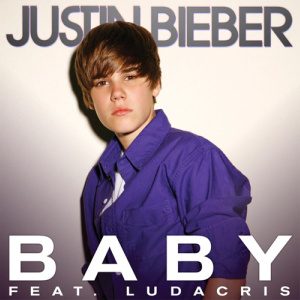 Can any more cars be painted now? I was seriously bummed when I saw that my drift truck (Silverado SST) couldn't be painted.

Seems like we are ale to drive normal cars in Kart Space!

bscar27
MORE NEWS: NORMAL CARS CAN NOW BE DRIVEN ON KART SPACE!
EDIT: IN ARCADE SINGLE RACE ONLY IT APPEARS
Click to expand...

AJHG1000
Seems like we are ale to drive normal cars in Kart Space!

Doesn't work for me.

Oh, I was getting excited, sorry

Since the update, I'm getting crashes every time I try to change the rims on my '91 NSX.

Gejabo
How about the other hybrid's?
Click to expand... 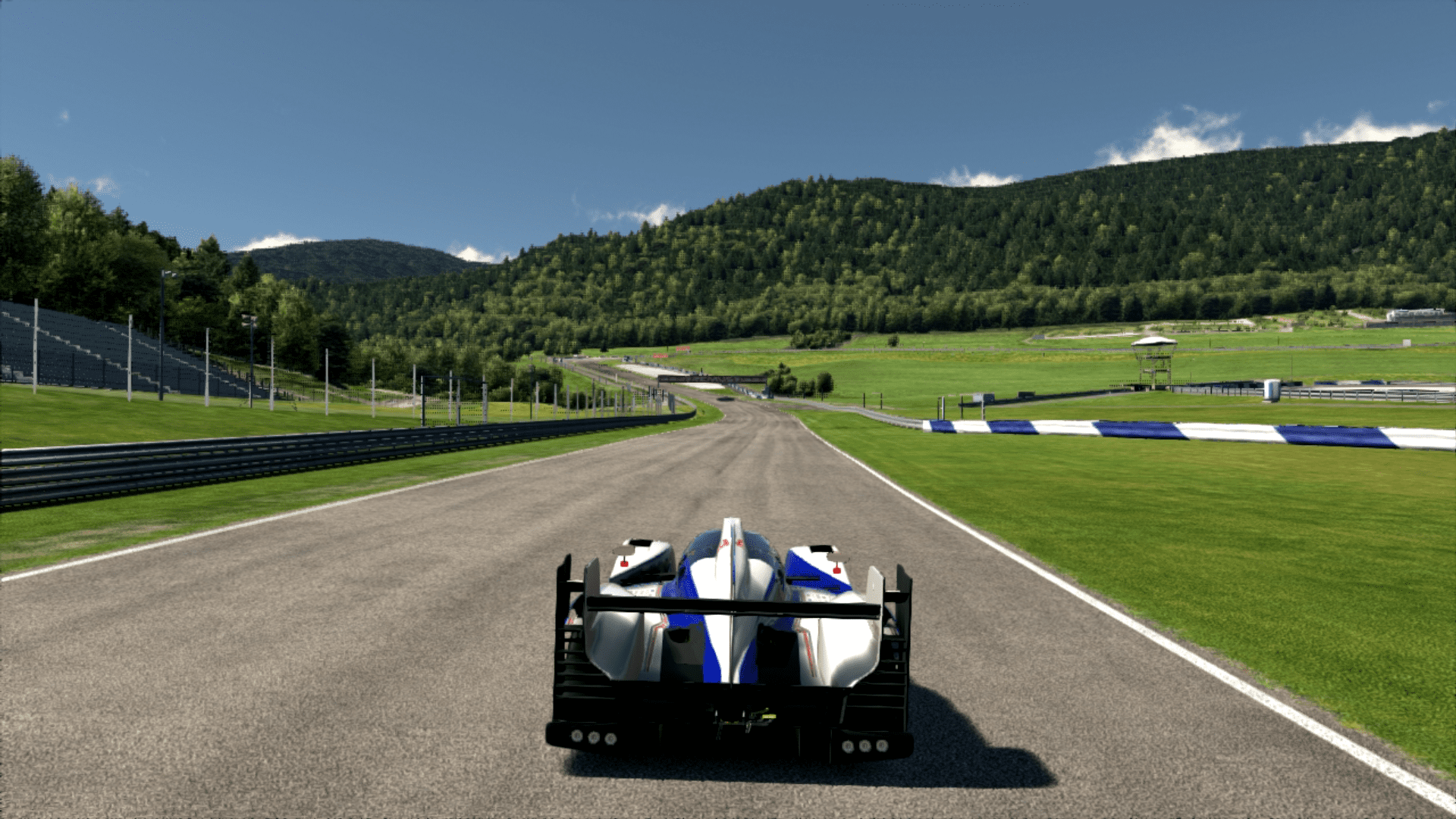 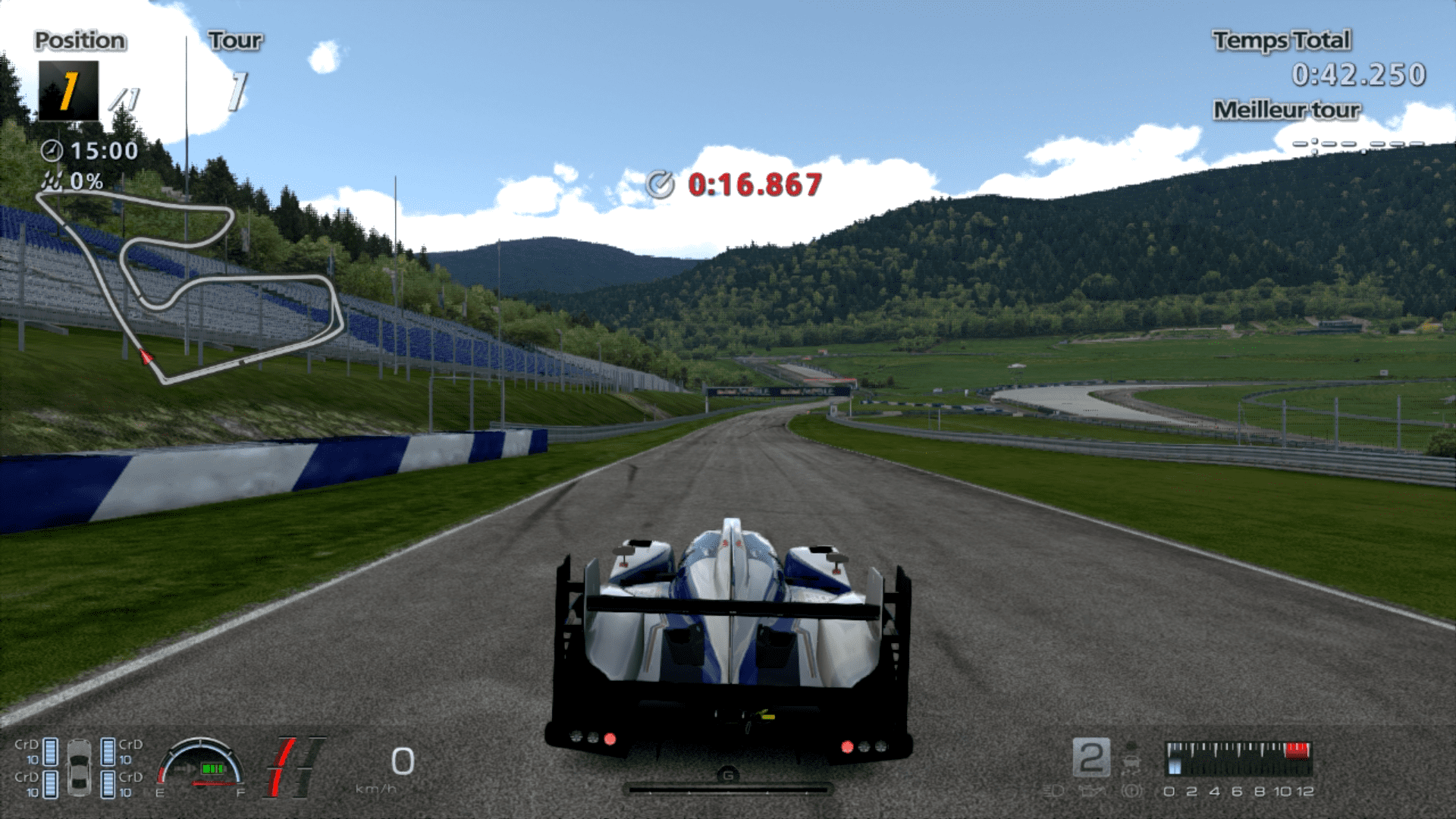 + electric power meter in the HUD.

Well it is finished for another year.

I don't know if this was patched a while back, but the Veyron's HP gauge is now working!

HuskyGT
I don't know if this was patched a while back, but the Veyron's HP gauge is now working!

It must've been on this update!

I played with the Veyron a few days ago and the power gauge was not working, that's awesome!
Last edited: Jul 25, 2014

Did Apricot Hill's early morning lighting get tweaked as well?

HuskyGT
I don't know if this was patched a while back, but the Veyron's HP gauge is now working!

Unfortunately the cockpit cam is still not properly centered.

Also, the aero and top speed issue still has not been fixed. The Huayra on Route X can still do 240+ mph.

Kino321-X
Unfortunately the cockpit cam is still not properly centered.

Also, the aero and top speed issue still has not been fixed. The Huayra on Route X can still do 240+ mph.
Click to expand...

And it still sounds like an M5. Regarding the top speed; I wonder if they fixed the C7, since it also reached a ridiculous top speed.

Both can be painted - body only. Painting the AM will lose stripes.

Credits on the top also show up in a golden hue now instead of white.

Ameer67
---
- Toyota TS030 and Honda CR-Z TC now have an electric power meter in the HUD underneath the fuel indicator. (All hybrid cars could possibly have this.(?)) [Claim by @TexasTyme214] [Confirmation+Pic by @Cobaiye]​
Click to expand...

I can confirm this works on the following Honda Hybrids: 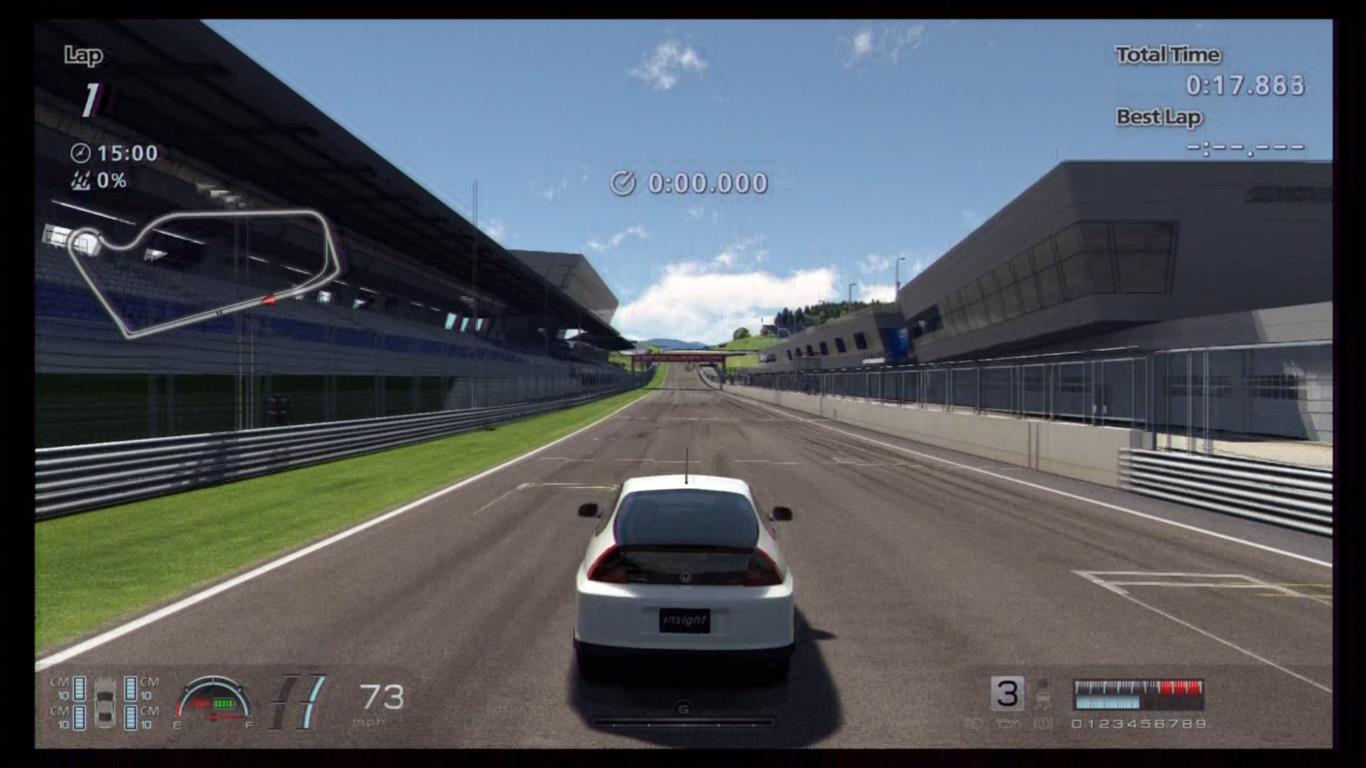 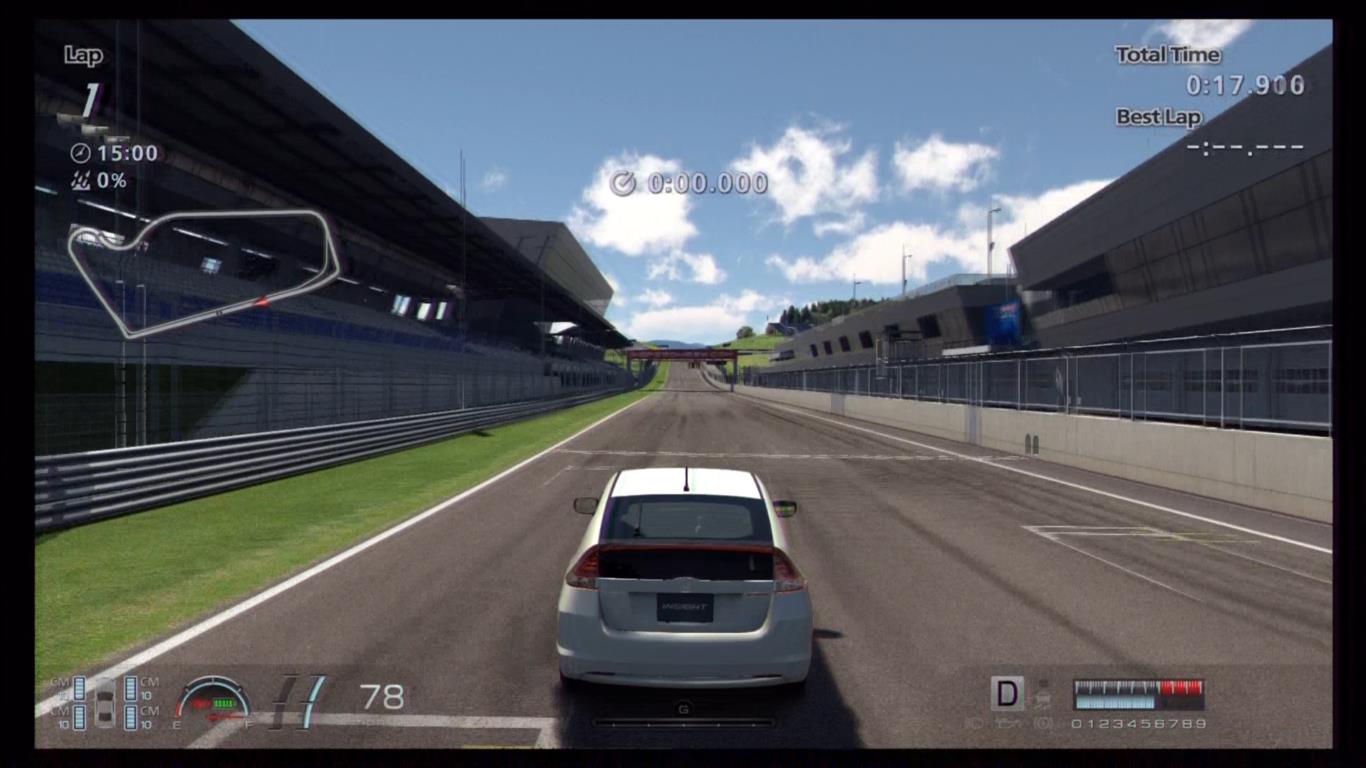 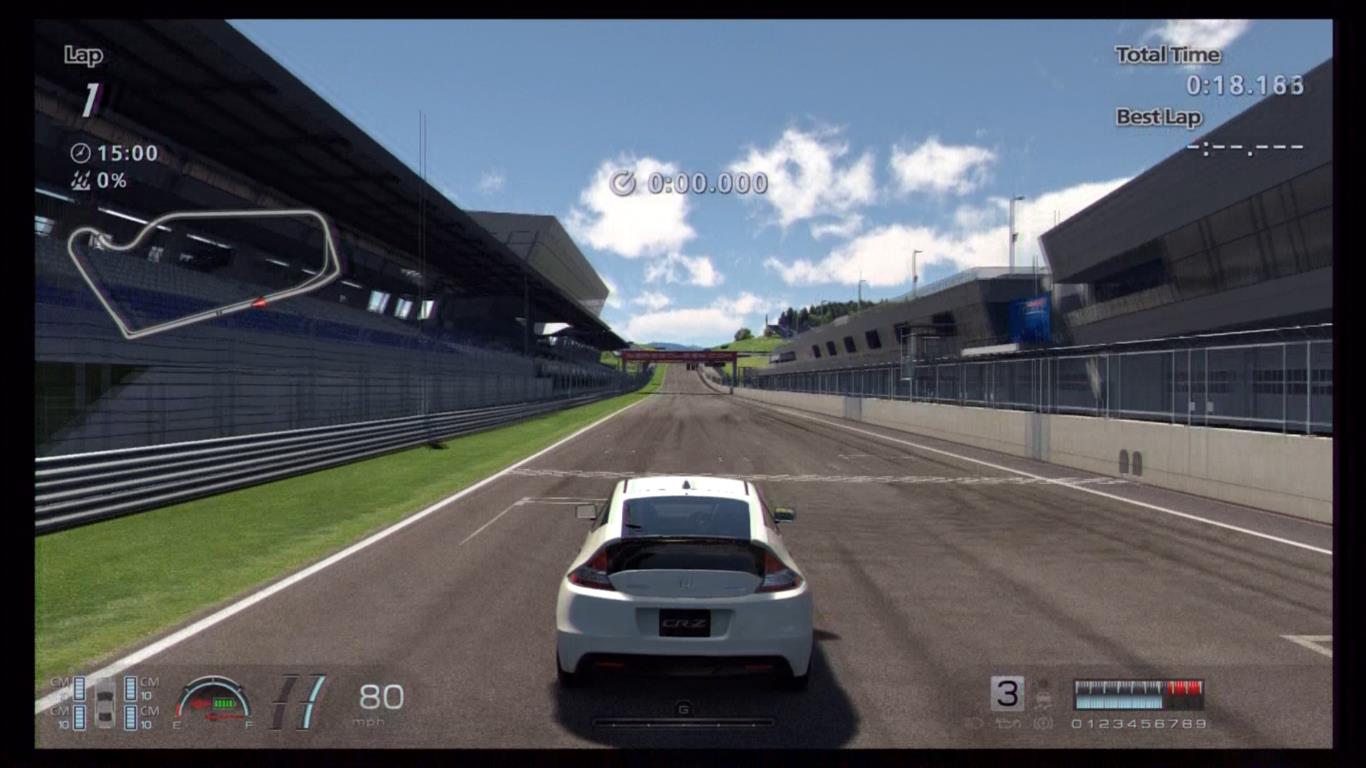 As well as the Spoon CR-Z 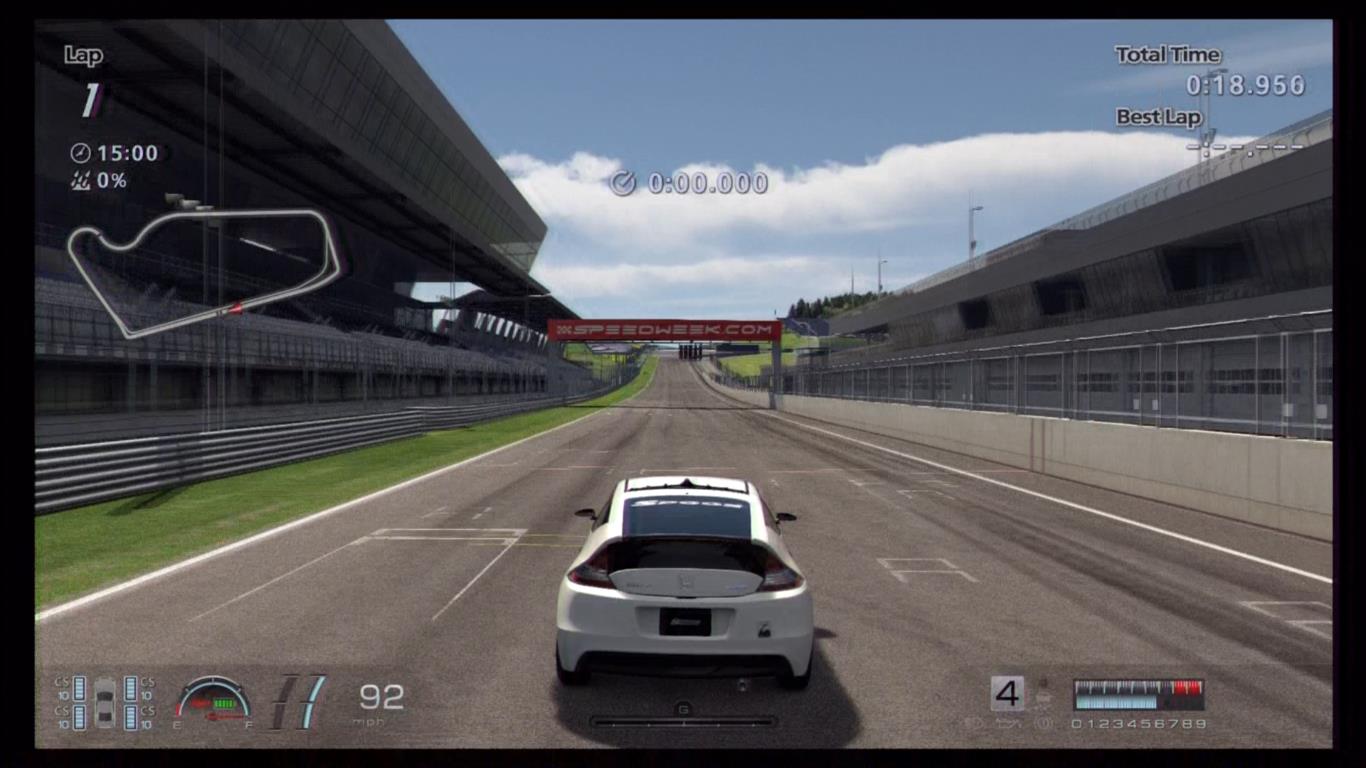 And thanks to a replay I had from the laps I did in the Acura NSX Concept, I can confirm it also works: 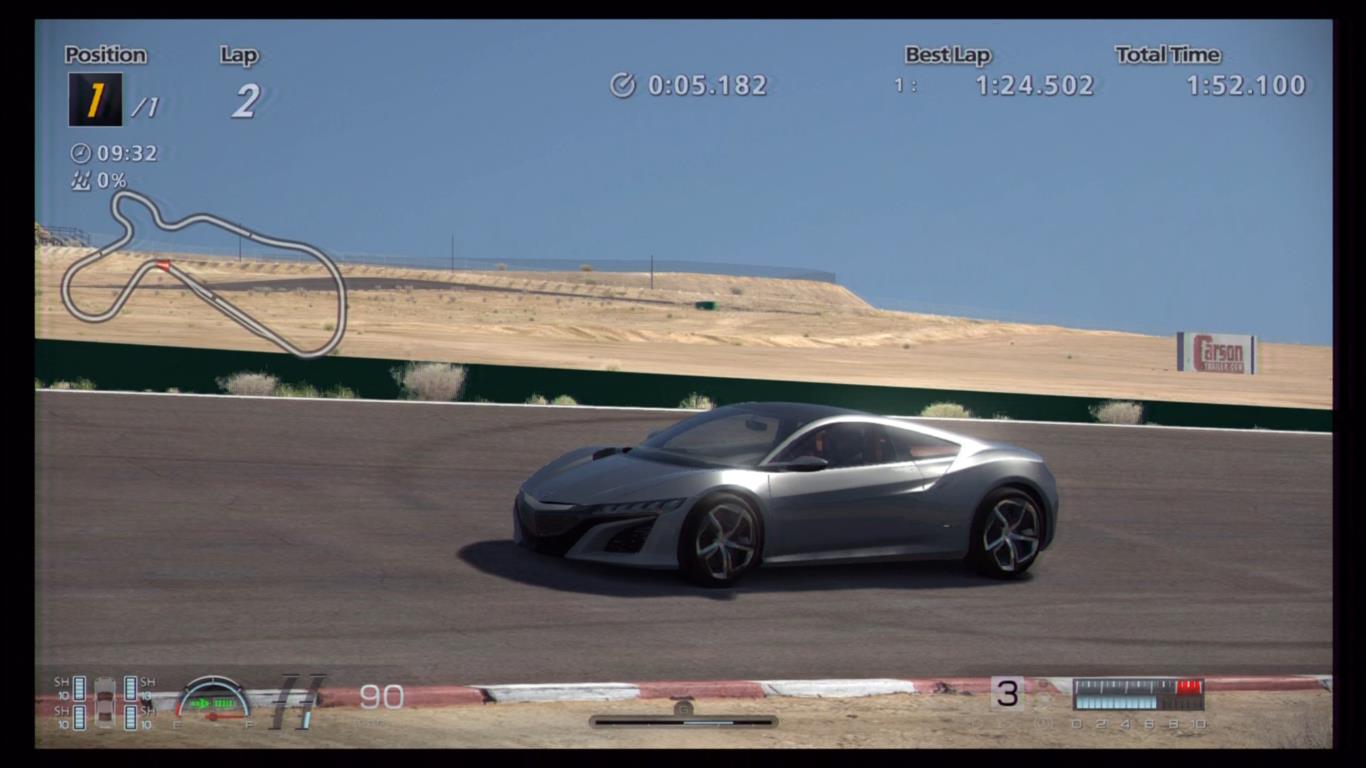 By default that means the Honda one works as well, which means all the Honda Hybrids do have this working.​

Maybe it's available in different, random scenarios like Tsukuba:
https://www.gtplanet.net/forum/threads/gt6-news-discussion.260299/page-238

There was some question about the hybrid function on the Nissan VGT.

It is automatic, no push to pass. This is incorrect, while it does drain during normal driving, using the N2O button puts more power to the ground

Charge & drain functions are indicated by an addition to the fuel gauge.

It does drain even when fuel/tire wear is turned off.

I tested at Daytona tri-oval, stock no oil change.

Seems to be working fine but regeneration is pretty quick under braking/coast.
Last edited: Jul 27, 2014

Out is the Daytona, in is the Stealth TT