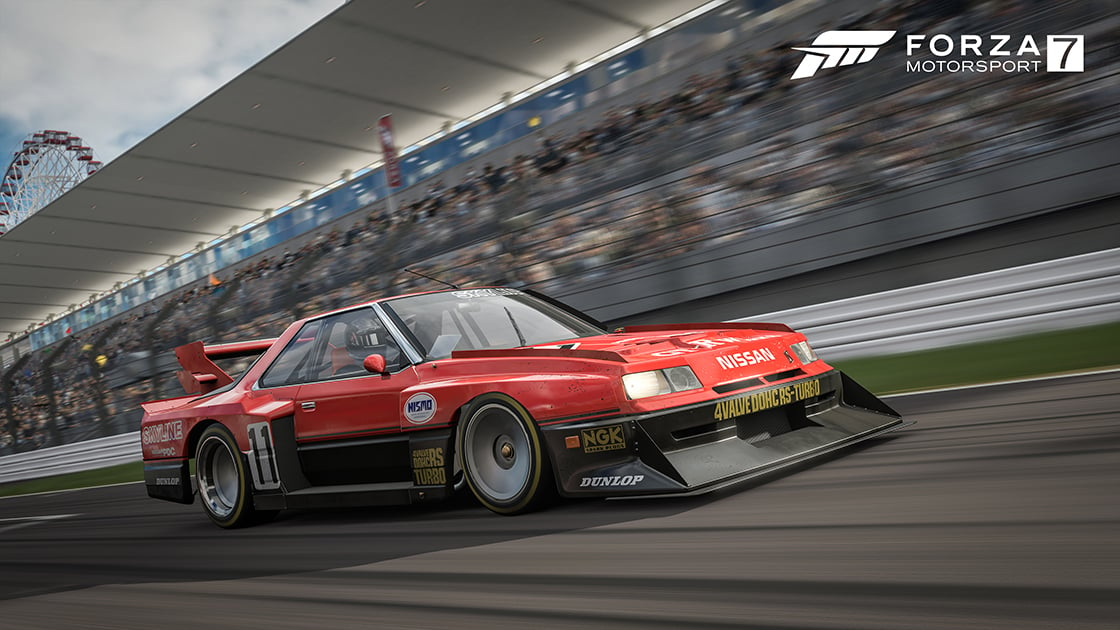 Another Group 5 machine is coming to Forza Motorsport 7 this month. It’s a Nissan Skyline, and one of the wildest ones in the model’s 61-year history.

That’s right: the DR30 Skyline Super Silhouette is this month’s FM7 spotlight star. The title update, which touches down later today, will add the car to players’ garages free of charge. In addition, it will introduce special community events focusing on the car as well. It joins a stable of other Group 5 machinery, from its little Bluebird brother to the free Mustang from earlier this summer.

Group 5 rules offered few limitations for race teams. Engineers could upgrade every aspect of the car, save the roof, hood, and doors. Bodies sprouted all manner of aero addenda, and powerful turbo engines produced as much (or more) ponies than contemporary Formula One cars. In the DR30’s case, that means 570hp in a package barely over a ton.

The Skyline arrived on the scene in 1982, with Masahiro Hasemi behind the wheel. Hasemi collected two wins that debut season, and five the following year. Sadly, the Super Silhouette series would end in 1984.

But the Skyline’s influence stretched far past the series. Those boxy fender flares and the wings-on-wings approach inspired the Japanese “bosozoku” movement. A staggered wheel size saw massive 19-inch rear rims long before those sizes became common on the road.

Long-time racing game fans should have fond memories of the car, too. It famously appeared way back in Gran Turismo 2. True to form, it had a massive aerodynamic advantage to most other cars with similar power and weight. More recently, it can be found as part of the Nissan lineup in Project CARS 2.

We’ll have a more detailed breakdown of the Forza 7 September Update later today.