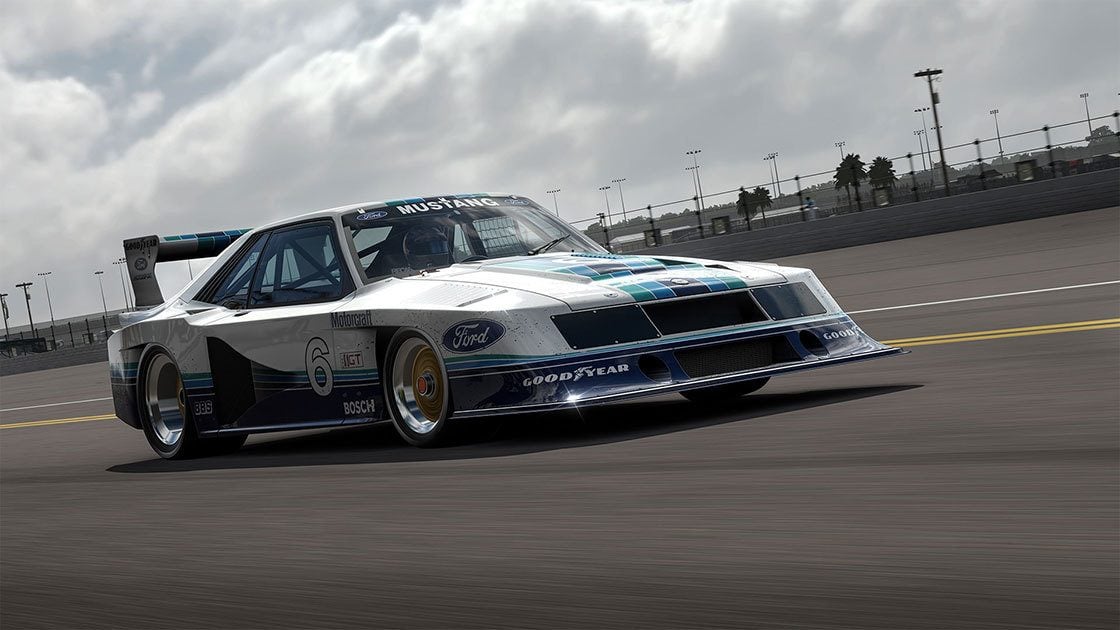 Turn 10 has announced another new car is coming to Forza Motorsport 7 this month. Hot on the tri-exhaust tail of the 2018 Honda Civic Type R last month, June’s gratis vehicle is a mad-looking ’80s Mustang.

No doubt a product of Forza’s partnership with IMSA, the Zakspeed Mustang is an unexpected addition to the game. A Fox-body in looks only, underneath it shares plenty with the Group 5 Capris the German race team had used across Europe in previous years. That means a tiny, turbocharged four-cylinder instead of a massive V8. Mind you, 530hp is nearly four times what the five-oh was putting out on the road in 1982.

The Mustang wasn’t the most successful racer, however. After a middling ’82 season, Ford contracted Riley to build an unusual front-engined Mustang prototype for the next year. It wasn’t ready until the 15th round of the season. Using a 1.7-liter version of the Cosworth unit, the Mustang won its first race, but faltered soon after. Roush, annoyed that Ford had blocked its plans to put a V8 up front, dropped out of the project. After a disastrous 1984 season, Ford canned the program altogether.

Luckily, all that shouldn’t be much of an issue in Forza 7! According to our Forza Motorsport 7 car list, the 773rd car to join the lineup is also the 16th Mustang to do so.

All players can expect to drive the Zakspeed Mustang tomorrow, June 5. To celebrate, there will be a special Rivals event available for all players. All that and more will be part of the game’s June title update — stay tuned for more details on it.