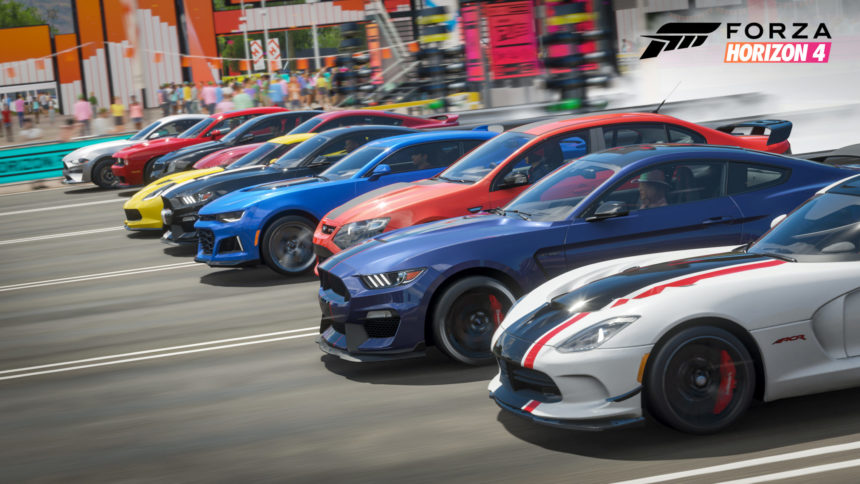 The latest open-world Forza adventure has begun. Owners of the Forza Horizon 4 Ultimate Edition can now begin their four-day head-start over the general population.

Early Access kicked off a minute past midnight for each time zone. FH4 is the biggest title in the franchise yet, cramming in over 450 cars, a bigger, denser map set in the United Kingdom, and all four seasons. New players will get a taste of each of the latter in the game’s prologue. After earning their Horizon wristbands, they’ll join the synchronized global weekly season. Currently that means summer, though each brings with it a variety of unique races and challenges.

What You Need To Know

We’ve been spending a lot of time with the game over the past month. You can check out the GTPlanet review right here, where FH4 earned our highest rating yet. That’s just the beginning too. We’ve collected all the relevant recent articles to help you get to know the game:

As that list suggests, there’s plenty already on the docket for the next month. Two new cars will show up each week as the seasons change, and the game’s first major update at the end of October will introduce the Route Creator. It will allow players to drive their own route — up to 40 miles long! — and set checkpoints as they so desire along the way.

In addition to all the above, clubs are back in Horizon 4. This time they can hold up to 2000 players (twice the limit in FH3), and utilize the Clubs feature on Xbox itself. The GTPlanet club is already live, and you can find it by searching for the tag [GTP] or the name (GTPlanet) in-game. Swing by the dedicated forum thread for more info.

Enjoying the game? Head to our Forza Horizon 4 section to share your thoughts on it with the community!