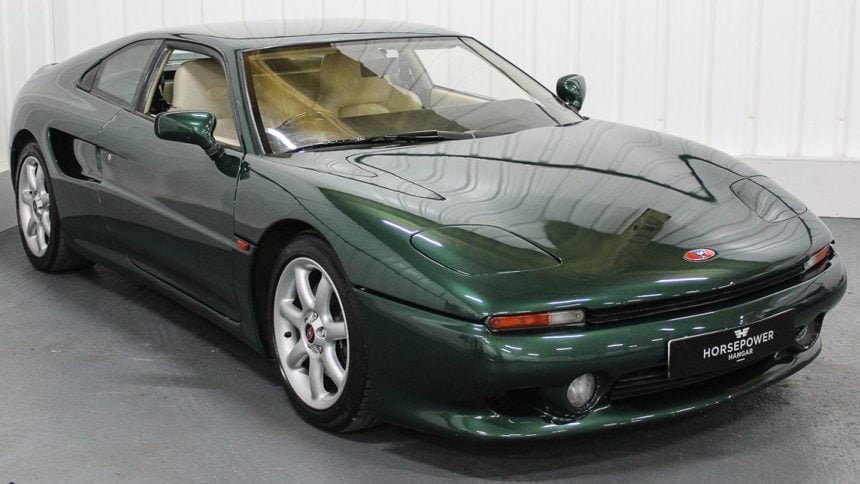 Forza Horizon 4 Getting the Venturi Atlantique? According to Instagram, Yes

Is Forza Horizon 4 getting an additional bit of French flair? An Instagram post from Modern Classics Magazine (MCM) suggests it is.

According to the post, MCM was touring the Horsepower Hangar in Lincolnshire. As part of its tour, it saw a pristine Venturi Atlantique 300 that’s currently for sale. To show it off, MCM made a post to its Instagram account featuring several images of the vehicle.

The description is where things get interesting though. In it, MCM claims that the Atlantique it saw is getting scanned for Forza Horizon 4.

It’s a bit of a mystery how true this is. To date, Playground Games hasn’t given any indication of the unique French brand making a debut in the game. But one look at PG’s track record and you’ll see it’s not afraid to think outside the box.

With the release of the Fortune Island DLC, gamers got several new vehicles to the Horizon series. It even includes some unique ones like the Morris Minor Series II Traveler and the 1,750hp Funco Motorsports F9.

A post shared by Modern Classics Magazine (@modernclassicsmagazine) on Dec 15, 2018 at 12:49am PST

Previous entries to the monthly car pass are loaded up with unique vehicles too. One example of this is the Lamborghini Jarama due up during this cycle of seasons.

As for the Atlantique, it will fit into the game nicely. It packs a Peugeot/Citroen 3.0-liter V6 with a single turbo. Power comes in at 281hp and will hit the 60mph mark in around 4.8 seconds.

It also hugs the road incredibly well too. Back in the late 90s, it hung with the Porsche 911 in just about every magazine’s test of the car. Due to this, we expect it to eat up the winding roads around Fortune Island.

If the Atlantique does indeed make it into FH4, it will also mark the car’s first showing in a video game in nearly 20 years. The last time it graced the roster of a racing game was in 1999 with Gran Turismo 2 and Test Drive 6.

This definitely checks the nostalgia box for us and makes us excited to hear it could make a comeback.

Hopefully, with the introduction of Venturi into the Forza series, it means we get more of its cars. Particularly, the Venturi 400 GT that made our Wednesday Want list back in October.

We will keep our fingers crossed that this rumor is indeed true. If it is, we will be sure to let you know all about it!

Hat tip to davygravy for the scoop!

Forza Horizon 4
27 Comments Discuss this post in our forums...
Can You Beat the Impossible Gran Turismo Quiz?