The new expansion introduces six new islands located off the coast of Australia. The islands are connected by a network of massive orange tracks, featuring typical Hot Wheels configurations like loops, corkscrews, and more. The tracks employ boost pads, high-bank turns, and mega jumps — we even spot a mechanical T-rex in the trailer (not that it was hard to miss).

The update will also bring additional updates for Windows 10 players. Improved wheel support, better CPU performance, and additional graphical options are mentioned, but a more detailed description of these updates will have to wait until the expansion lands.

The Hot Wheels expansion (which seems just as big as the first) arrives on May 9 on Xbox One and Windows 10 PCs. The package is part of the Forza Horizon 3 Expansion Pass, or as a standalone purchase for $19.99.

As per usual, we’ve got a closer look at the cars included below. The Hot Wheels expansion comes with nine new cars right off the bat, plus a tenth as a Barn Find for players to discover. 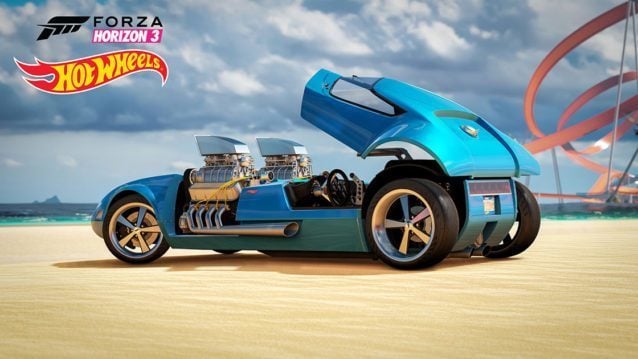 One of the most iconic Hot Wheels creations kicks the list off. The Twin Mill was designed by Ira Gilford, who left Chrysler to design cars for Mattel. Driver visibility is at a premium: the two blown Chevy 502 big block engines (capable of over 1400 hp combined) take up most of the view from behind the wheel.

One of the returning cars from the Forza Motorsport 6 Hot Wheels car pack, the Bone Shaker was such a popular model that it received a life-size version in 2011. Designed by Larry “Mr. Hot Wheels” Wood, the Bone Shaker features a small-block Chevy engine and all sorts of over-the-top features.

This buggy/hot-rod hybrid boasts substantially less power than the two cars above — the little two-cylinder engine barely breaks into the triple digits — but it should prove much more capable in the original FH3 Australian setting. It isn’t the only addition ready for off-road, either. 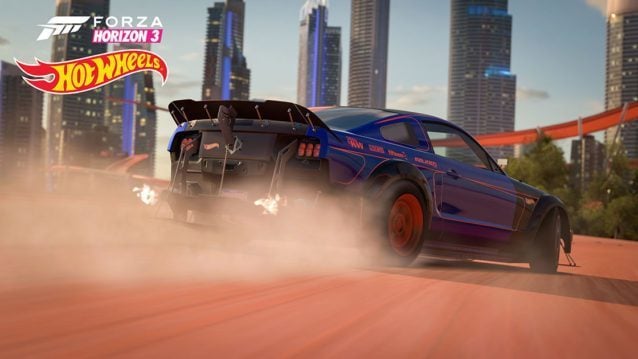 Built to commemorate the 50th anniversary of Ford’s pony car, this outlandish Mustang was found alongside the Bone Shaker in the FM6 Hot Wheels car pack. With miles of orange track now wrapping its way around Australia, it should feel much more at home.

The folks at Chrysler thought that putting the 707 hp engine from the Hellcat into a lifted Jeep was a good idea, and how can anyone disagree with that? The Trailcat was only built to attend the 2017 50th running of the Easter Jeep Safari in Moab, Utah. With buying one being out of the question, FH3 is now the only place to experience it.

Next up, a $1.5 million supercar from the mad scientists at Zenvo. The Zenvo ST1 packs a 6.8-liter V8 with a turbo and supercharger that will get you from 0-60 in under three seconds, and it will keep going until it reaches 230 mph. Good job Denmark. 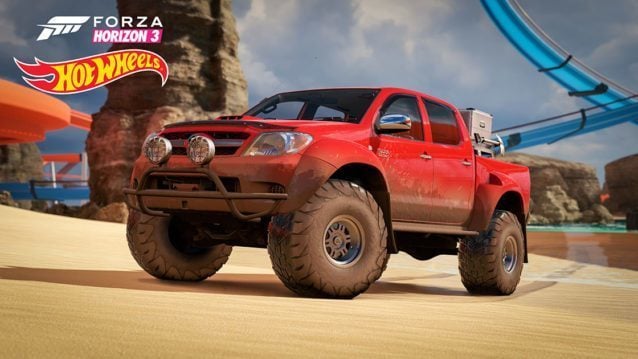 Probably the most recognizable vehicle in this pack, this particular truck featured in two infamous Top Gear episodes. This truck allowed two older folks by the names of Jeremy Clarkson and James May to enter the record books as the first people to get within a mile of the magnetic north pole via automobile. James May also used the truck to collect magma from a volcano, so it should be a pretty hardy vehicle in the game.

One of the most-requested cars — the Pagani Zonda — returns to the series after last being seen in the first Horizon. The maddest Zonda of them all (which is saying a lot) is not allowed in any racing series, nor is it road legal. This was one of the many cars leaked back in January, along with the final known car of the pack…

Finally, Chrysler Australia’s legendary E49 will be playable. Since being confirmed via the leaks at the beginning of the year, many Forza players have been itching to get behind the wheel of this car. Packing a slant-six engine, the E49 was a record holder for nearly 30 years in terms of production vehicle acceleration. Hopefully that’s enough to clear some of those loops!