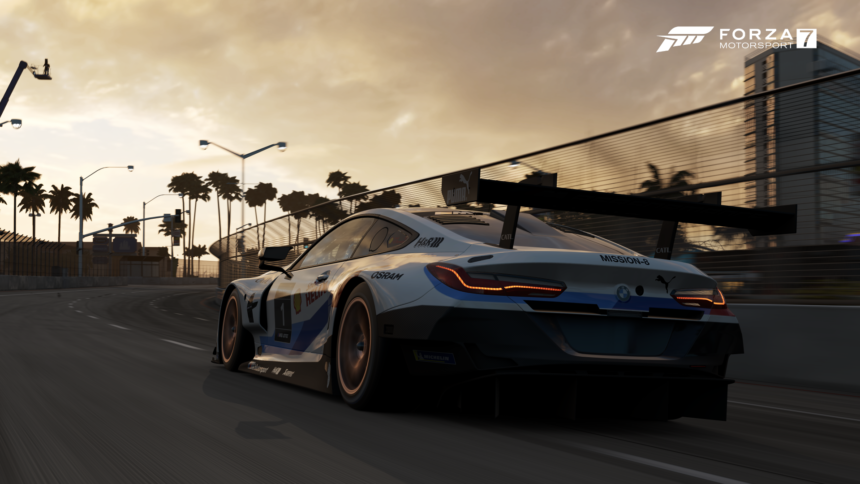 The latest update for Forza Motorsport 7 has landed on the Xbox servers. Weighing in at 404MB on the original XB1 and 794MB on the One X/PC, it brings another round of improvements to Turn 10’s sim racer.

We already covered this month’s spotlight model, the memetastic BMW M8 GTE, yesterday. But what we didn’t know was that two other cars would be joining it in the 800+ car lineup.

First off, Bimmer gets the main focus as a brand in December. The new-shape GT racer leads the charge, while T10 has also added a new Forza Edition car in the shape of the E30 M3. Featuring boxy fenders and a bump in power to roughly the level of the seminal Group A racer, it’s a free gift for all players that take part in the M8’s Rivals event this month.

While not new, the 2008 BMW Z4 M Coupe is now available for purchase, after previously being a rare prize only.

The other additional car recently returned to the franchise in Forza Horizon 4. TVR’s bonkers Cerbera Speed 12 has slipped into the Car Collection screen, though there isn’t any known method to put it in your garage yet. Stay tuned… 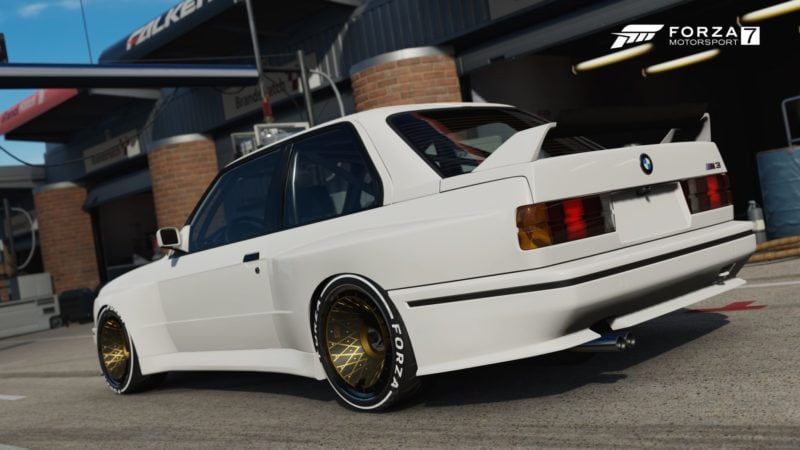 It’s no big secret that FM7 lags behind much of its competition in terms of wheel setups. Chris Esaki promised there were updates coming to remedy this, and that’s one of the big focuses with the December update. In Turn 10’s own words:

“The December update introduces some important changes to force feedback in Forza 7. The new force feedback is a full physically based system utilizing Forza Motorsport 7’s suspension kinematics and tire modeling to send tire loads to the steering wheel. It produces a more intuitive feel with more accurate align torque and a solid feeling of connection to the road.”

It’s such a drastic change that T10 has reset all previous custom wheel settings. Players will have to retune to their preferences based off the new system, with an updated Wheel Guide on the official site acting as an aid.

We’ll be unpacking this important change in future articles, so stay tuned.

Loading up the game will present players with a new experience right from the start. The old splash image is gone, replaced by a new one — literally, with the 911 GT2 RS caught in deluge of rain.

The game’s main menus have all come in for a facelift. Gone are the slightly skewed originals, with a flatter, more colorful presentation in place. Shifting between all of the tiles has also sped up too.

On track, the HUD has also ditched the perspective layout. You can check out the old vs new for both up above.

A long-missing feature from the 360 era returns for Rivals mode. Now, when you beat a friend’s ghost, you’ll automatically get a new, quicker rival to beat on the next lap.

Forza Motorsport 7 Game Updates
80 Comments Discuss this post in our forums...
Can You Beat the Impossible Gran Turismo Quiz?