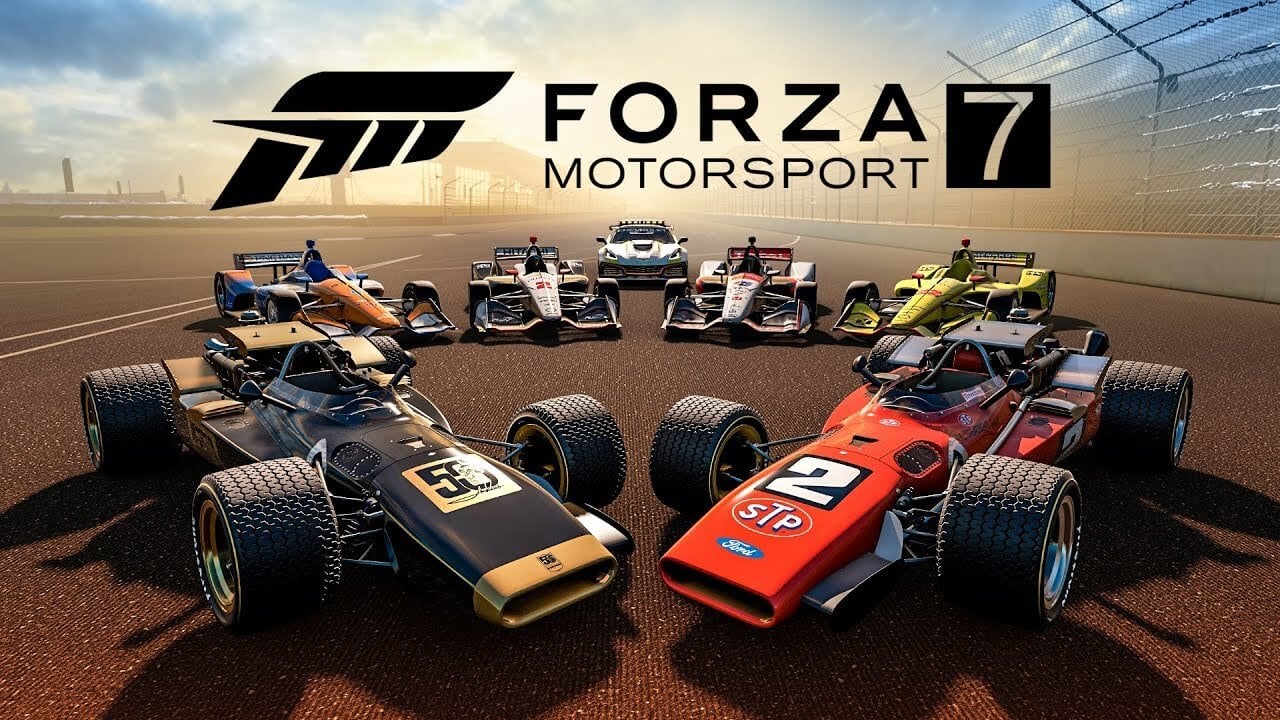 The latest update for Forza Motorsport 7 is here and this month’s theme is all IndyCar. Featuring cars from the past and present, plus a rather sporty pace car, it packs some fantastic content. Even better it’s all completely free too.

Kicking off this list is a set of four 2019 IndyCars, with a two-two split between Chevrolet and Honda engines. All four cars use the Dallara IR-12 chassis but with the new IR-18 aero kit. This makes all the cars look more or less the same, save for the liveries.

Still fans of the series will get to place their allegiance with either Chevy or Honda engines.

Representing the Chevy camp, racers will get a choice between two Team Penske cars. They’re pretty solid entries as well. Bot the 2017 champ Josef Newgarden’s #2 and 2016 champ Simon Pagenaud’s #22 getting the nod. 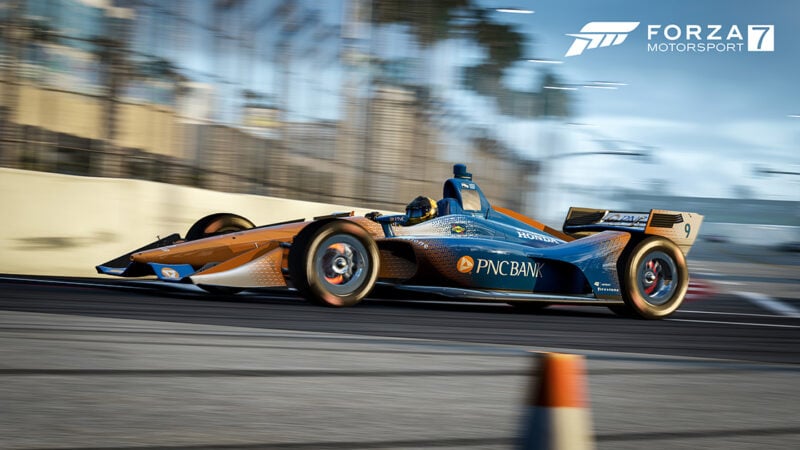 Moving to the Honda-powered cars, the talent is equally impressive too. The first of the pair is the #15 of Rahal Letterman Lanigan Racing driven by Graham Rahal. The second though is none other than five-time champ Scott Dixon’s #9 from Chip Ganassi Racing.

As for what to expect from these cars, the weight should clock in around 1,500lb. The 2.2-liter twin turbo V6 engines will eclipse the 600hp mark too. Coupled with the high downforce of the Universal Aero Kit, all four cars will provide some serious fun.

If you want to swap nose and tail to the oval aero kit, that too is available in the garage.

Moving on from the modern racers, the May update also features the 1969 Ford Brawner Hawk III. This classic racer returns to the series after first making an appearance in Forza Motorsport 6’s Turn 10 Select Car Pack. 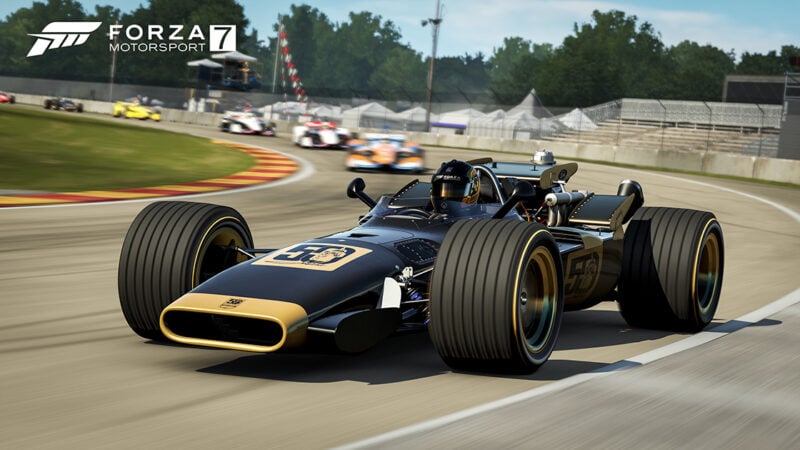 The Brawner Hawk III will get a pair of liveries with the May update too. The one is the classic #2 STP that Andretti drove in 1969. The other is a special anniversary scheme to honor the 50th anniversary of his victory.

Finally, rounding out the group of seven cars is something a bit more unusual: a pace car. However, it’s not just any pace car, but rather the 2019 Corvette ZR1. If you pick it up via the in-game car pack notice, it will arrive with 650hp versus the fire-breathing 755hp stock. This is thanks to FM7’s Homologation system. Resetting its mods to stock fixes this.

Either way, drive it carefully, so you don’t end up like an unlucky GM executive.

If you want to check out all these cars for yourself, the pack is currently available for download. You can check out the trailer below though if you’re not near your Xbox and want to see the cars in action.