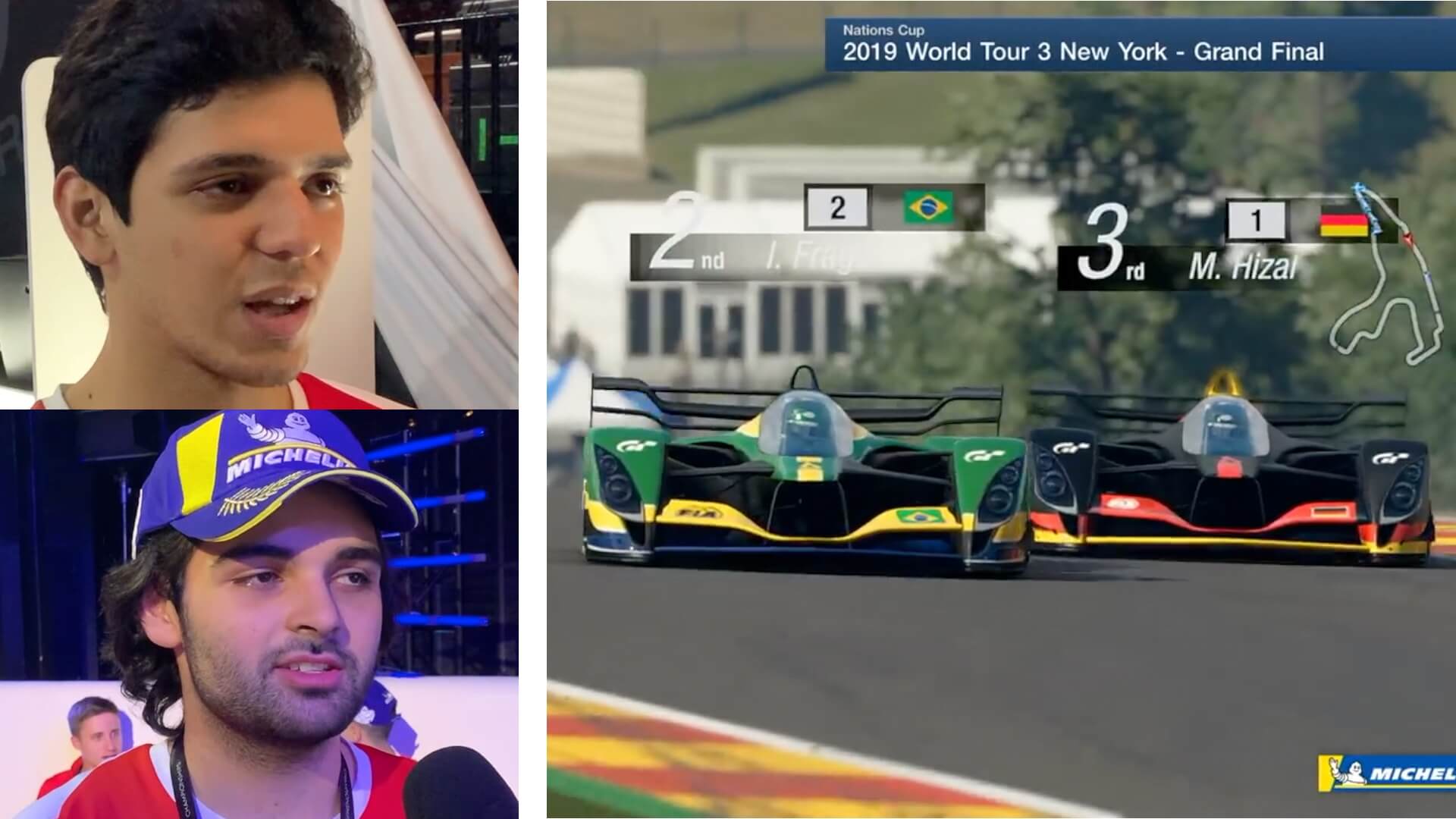 The latest Gran Turismo World Tour event in New York City exploded in controversy after the Nations Cup final. The drama began after reigning champion Igor Fraga defended against an attack by Mikail Hizal with a contentious move, lifting off the throttle just as the pair passed over Eau Rouge and up Spa Francorchamp’s famous Radillion.

The tactic forced Hizal to slow down to avoid a collision and took away the momentum he needed to pass Fraga up the hill of the Kemmel straight (in case you missed it, check out our full race report here).

It was an aggressive move by a savvy racing driver, but quickly drew ire from Hizal and the FIA GTC stewards who issued Fraga a five-second penalty. In the end, it was not enough to keep Fraga off the top step of the podium.

Gran Turismo World Tours have always been jovial and happy affairs, but after this Nations Cup final in New York, you could cut the tension with a knife. Needless to say, we were eager to chat with both Fraga and Hizal to hear their own side of the story.

We interviewed @1gorFraga and @HizalMikail after their controversial finish in the #FIAGTC @thegranturismo Nations Cup final in New York City. Here is what they had to say: pic.twitter.com/or20Du95oC

So, what do you think? Was Fraga’s move too aggressive for a video game competition? Was the penalty by the stewards appropriate? If he was low on fuel, would Mikail actually have been able to win the race even if he had been able to pass Fraga on that lap?

After the event, Jimmy Broadbent and the Gran Turismo TV crew toured the PlayStation Theater and asked various competitors and attendees for their opinions on the incident:

Everyone has different opinions on this divisive race, but one thing is for sure: two of the biggest stars of the 2019 Gran Turismo Nations Cup have developed a heated and contentious rivalry.

After winning two World Tour events, Fraga told us that he will not compete in the Nations Cup again until the World Finals. That sets up what could be a wild, epic battle during the season finale in Monaco this November…