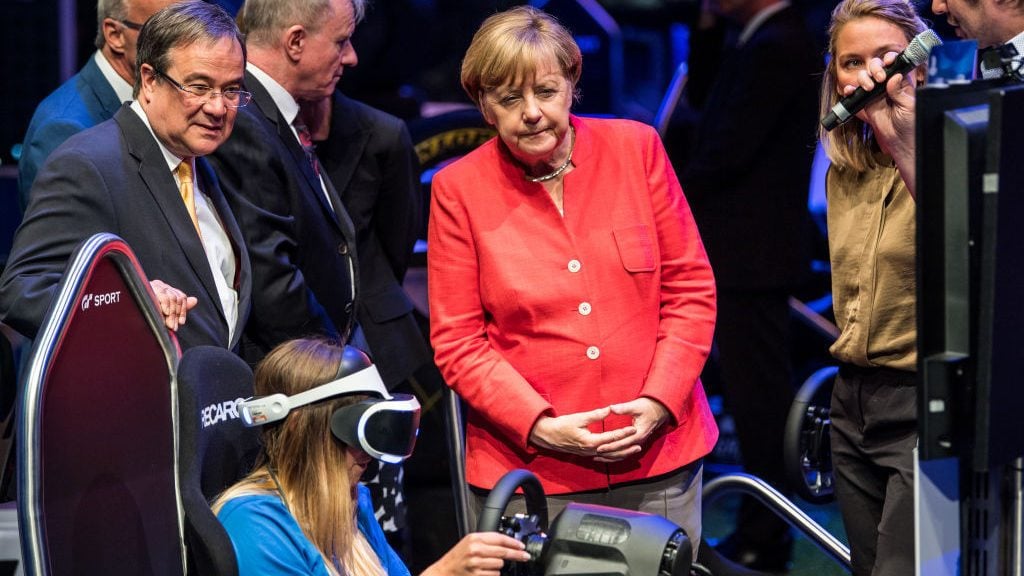 The journalists at Gamescom’s press day earlier this week may have been a bit surprised to see a member of the political elite in their midst. Germany’s Chancellor, Angela Merkel, dropped in on the games show in Cologne.

Merkel is on the campaign trail ahead of an election in September. She’s seeking a fourth term in office, having occupied the post of Chancellor since 2005.

Having one of the world’s major gaming events on her doorstep is a perfect public relations opportunity. In fact it’s the first time she has attended a Gamescom event since it started in 2009.

In honor of her visit, the Microsoft stand presented her with a special Merkel Minecraft character, for one of the most awkward photographs of the day. 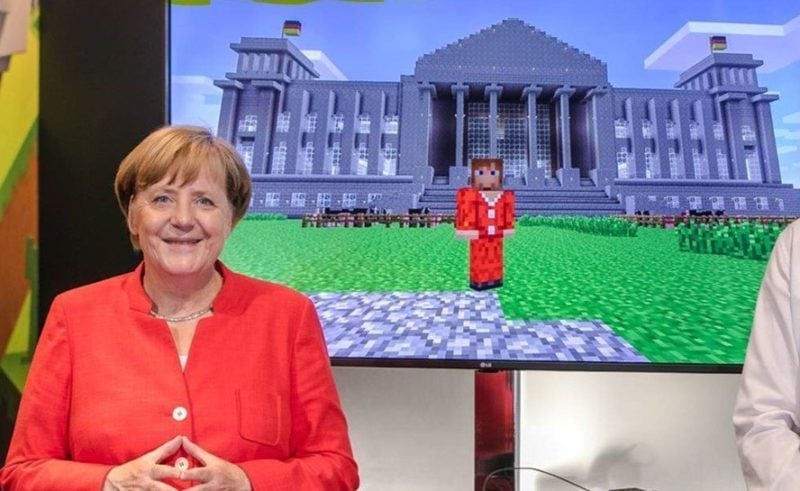 Of course, Merkel also dropped by Sony’s sprawling area and checked in on the Gran Turismo Sport stand.

GT Sport has a very heavy German influence. The Nürburgring, and its derivatives, is one of six real-world racing venues confirmed for inclusion. German cars make up a large proportion of the confirmed car list too; 20% of GT Sport’s day 1 car list is an Audi, BMW, Mercedes, Porsche or Volkswagen model.

However, her visit to GT Sport was brief. She checked out a player using the game’s VR functions and the new Thrustmaster wheel, but soon moved on without having a go herself. Here’s the only footage we could find, shot in portrait mode with the quality you’d expect of a Facebook video:

Perhaps she’s keeping an arm’s length from the German car industry given its recent troubles.

In a speech given to open the show, Merkel said:

“Computer and video games are of the utmost importance as cultural assets, as a driving force for innovation and as an economic factor, which is why I was also very pleased to come to Cologne to provide this developing industry with my recommendation.”

But for all the AAA titles on show, did she try out any games during her visit? Just the one, it seems: 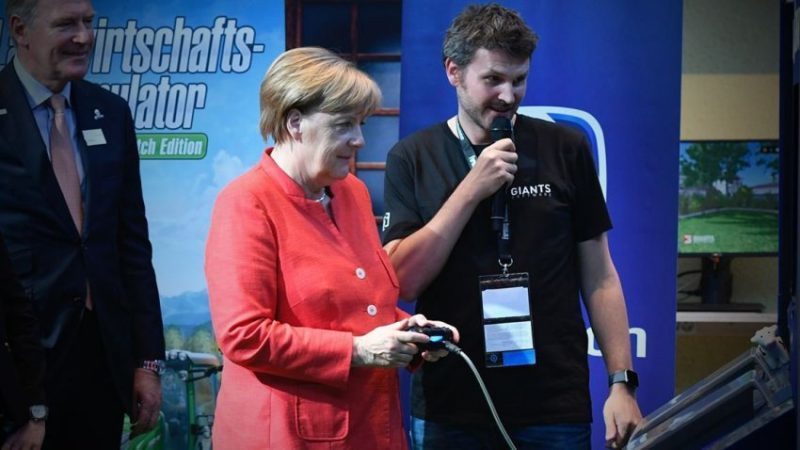 Farming Simulator. What else?

Andrew Evans · Aug 25, 2017· Comments
An announcement on the PlayStation Blog Japan has revealed that Gran Turismo 7 will be one of the games available in a special PlayStation VR2 event in Tokyo next month.

Gary Slater · Aug 25, 2017· Comments
January may be in the closing stretches, but Winter has returned for another round in Forza Horizon 4. Through the blizzards and the snow drifts, everyone at the UK festival continues to battle through the elements in order to seek out the latest events.

Andrew Evans · Aug 25, 2017· Comments
Playground Games has previewed the next Series of Forza Horizon 5 — Japanese Automotive — in its latest Let’s Go stream, revealing what people will be doing, building, and winning when it gets underway on February 2.

Michael Leary · Aug 25, 2017· Comments
Although Playground Games has yet to announce the Forza Horizon 5 Series 17 update, it’s already confirmed that Series 18 will feature a tribute to the late Ken Block.

Andrew Evans · Aug 25, 2017· Comments
Quirky rally title art of rally is now available as a physical, boxed title for PlayStation 4, PlayStation 5, and Nintendo Switch owners, with some cool bonuses for buyers of either the base version or Collector’s Edition.