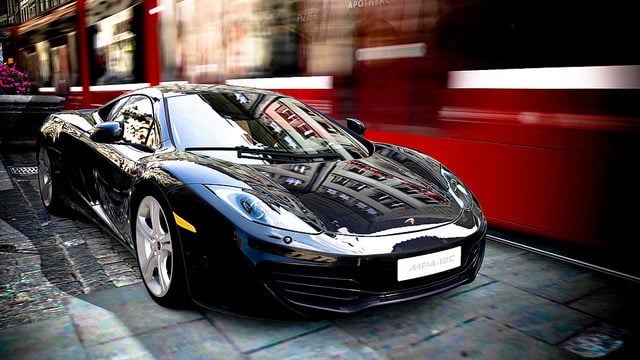 Gran Turismo 5‘s biggest update yet, Spec 2.0, is here! It weighs in at exactly 1192 MB, and is available now at no charge – just load up your game and put your Internet connection to work.

Here’s a complete overview of everything that’s been changed, tweaked, added, and implemented. As always head on over to GTPlanet’s Gran Turismo 5 forum for more discussion, analysis, and debate!

– Multiple car settings/save feature
We’ve added a setting sheet feature that allows you to save multiple car settings.
From the [Setting Sheet] on the lower right of the screen, you can check the current settings. You can switch between 3 settings A, B, and C, allowing you to change between your personal settings easily according to the type of race and your objectives.

– Added 11 NASCAR cars
The newest NASCAR 2011 models have been added to the car dealerships. The added cars are the following:

– Avatar now usable in Photo Travel
An Avatar ON/OFF feature has been added to Photo Travel. Now you can photograph your avatar together with your car.
You can turn the driver avatar ON/OFF by pressing the △ button while positioning the car.

– Replay Fast Forward/Rewind
All replay videos recorded after the 2.0 update will have [Forward] [Rewind] buttons.
You can now easily search for the scene you are looking for and play back a certain section whenever you want to, adding even more fun to the photo mode.

-Improved Online Lounge
[Car Restrictions] has been added in the regulations. You can now limit participants to specific categories such as “NASCAR” and “Super GT”. Also, there are now more cars that can be used in shuffle races, and a new “Shuffle Base” setting allows you to set the performance level of cars allocated to each player.
For details, please see Top screen – [Manual] – [Online Race] – [Event Settings] and the “Regulation Settings”.

– Additional features to Remote Racing
A “Graph Display” has been added to the remote race screen in GT My Home of granturismo.com, where you can enjoy B-Spec racing. This allows you to visually see the changes in positions in each lap. A time difference display for each car in the race has also been added.

– New Photo Stage Added
The “Indy: NASCAR Pit Stop” stage has been added to photo travel. We invite you to come see and capture the energy of NASCAR’s famous pit stops.

– Addition of the Consecutive Login Bonus
When a user logs in consecutively, a bonus will now be applied to experience and race rewards.
It will increase to 110% in the 1st day, 130% in the 2nd day, 150% in the 3rd day, 170% in the 4th, to a maximum of 200% in the 5th day. This will apply to all events both online and offline, so logging in every day will make the game progress faster.

– DLC (Downloadable Content) Compatibility
A [Downloadable Content] button has been added to the lower right of the top screen. Here you can install content purchased from the PlayStation®Store, which will be made available on October 18th.

Other Improvements
– User interface improvement
– Quick Menu can now be accessed while the race is loading.
– It is now possible to save and resume endurance races.
– Two NASCAR cars selectable in Arcade Mode have been changed from the 2010 models to 2011 models.
– In the Arcade Settings of [Options], AI Car Characteristics settings has been added. You can now change the aggressiveness of the AI against you in Arcade races.
– Some effects of Traction Control have been adjusted. When the TCS level is set to 1, it will not come into effect as much especially in tight corners on dirt tracks.
– Surface Water and Tire Load Indicator displays have been added to the race screen. The Tire Load Indicator can be set from the Quick Options menu that is displayed during the race (when the game is paused using the START button), or the standard Options menu.
– The option to Create Thumbnails for All Cars has been added to the context menu of the Garage. This will update the thumbnails of all cars in the garage.
– Experience gained in online races have been increased by 60%, and rewards have been increased by 66%.
– You can now change the Slipstream Strength settings in the lounge.
– In the Lounge and in [Option] – [General] – [Arcade], it is now possible to turn Visible Damage ON or OFF.
– Drivetrain settings has been added to the regulation settings in the Lounge.
– A setting to prohibit “Tuning” of cars has been added to the regulations settings in the Lounge.
– Adjusted the driving speed of formula cars in banks, and auto-drive when coming onto straights.
– Added a button to [Reset Playlist to Original Settings] under the settings menus of [Menu BGM], [Race BGM] and [Slideshow BGM].
– Personal BGM can now also be set in [Slideshow BGM]
– A new brand “AMG” has been added to the MUSEUM.

To help celebrate the fact the game’s Standard cars can now be played using the “interior view” (including open-cockpit cars), a new Seasonal Event featuring the Formula GT has also gone live along with this update and includes the following events:

Gran Turismo 5 Spec IIGT5 Updates
The original comments for this post are no longer available.
Test Your Badge Knowledge With Our Car Logo Quiz