Gran Turismo 5 to be Released on “Multiple Platforms” 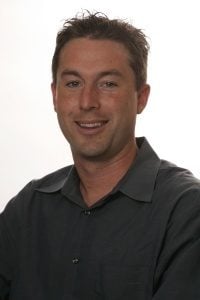 In a revealing statement from last week’s Game Developer’s Conference, SCEA Director of Hardware Marketing John Koller mentioned that Gran Turismo 5 will be released across “all platforms” when it “makes the most sense”.  The comments came from a Q&A session and were just picked up by VG247:

“Ultimately, they [Polyphony Digital] are a developer who makes a lot of their own decisions, but we are looking at GT5 across all platforms, just to see what makes the most sense.  […] Seriously though, there is really nothing we can really say about it, other than it’s a franchise we would like to continue.  So, other than that, we don’t really have any announcements regarding the game at this time.”

Now, what the heck does that mean?  GT5 will almost certainly not be released on any hardware  that competes with Sony’s franchise, and it won’t be on older systems (PS2).  That leaves the obvious PlayStation 3 and re-affirms that development of Gran Turismo Mobile for the PSP is ongoing.  This idea is in line with recent comments about GT Mobile from Kazunori Yamauchi himself, and fits the cryptic hints about GT’s future shared by highly respected GTPlanet member amar212 in our forums.

Of course, it’s worth mentioning two more “radical” interpretations of John Koller’s comments which, despite being highly unlikely, can logically be made.  Less than one year ago, Kazunori Yamauchi declared that Gran Turismo could be coming to the PC, and that the mysterious Gran Turismo for Boys is still in the works.  Could both or either of these games be what Mr. Koller is referring to?  Time will tell…

Kazunori YamauchiPolyphony DigitalSCEA
The original comments for this post are no longer available.
Test Your Badge Knowledge With Our Car Logo Quiz

Gran Turismo Sport 80 May 11 by Andrew Evans
Following on from yesterday’s announcement, the v1.65 update for Gran Turismo Sport is now available. It’s one of the largest updates we’ve seen recently, coming in at over 3GB, but…

Gran Turismo Sport 80 May 10 by Andrew Evans
A new game update for Gran Turismo Sport will arrive this week, according to an in-game announcement mirrored on the official game website. The update will follow a period of…

Gran Turismo Sport 505 May 10 by Andrew Evans
A new set of GT Sport Daily Races gets underway today, with players heading to three of the game’s real-world race tracks dotted around the edge of the Pacific Ocean.…

Gran Turismo Sport 505 May 3 by Andrew Evans
There’s a new set of GT Sport Daily Races starting today, with three new events for players to get to grips with over the next seven days. Each of this…