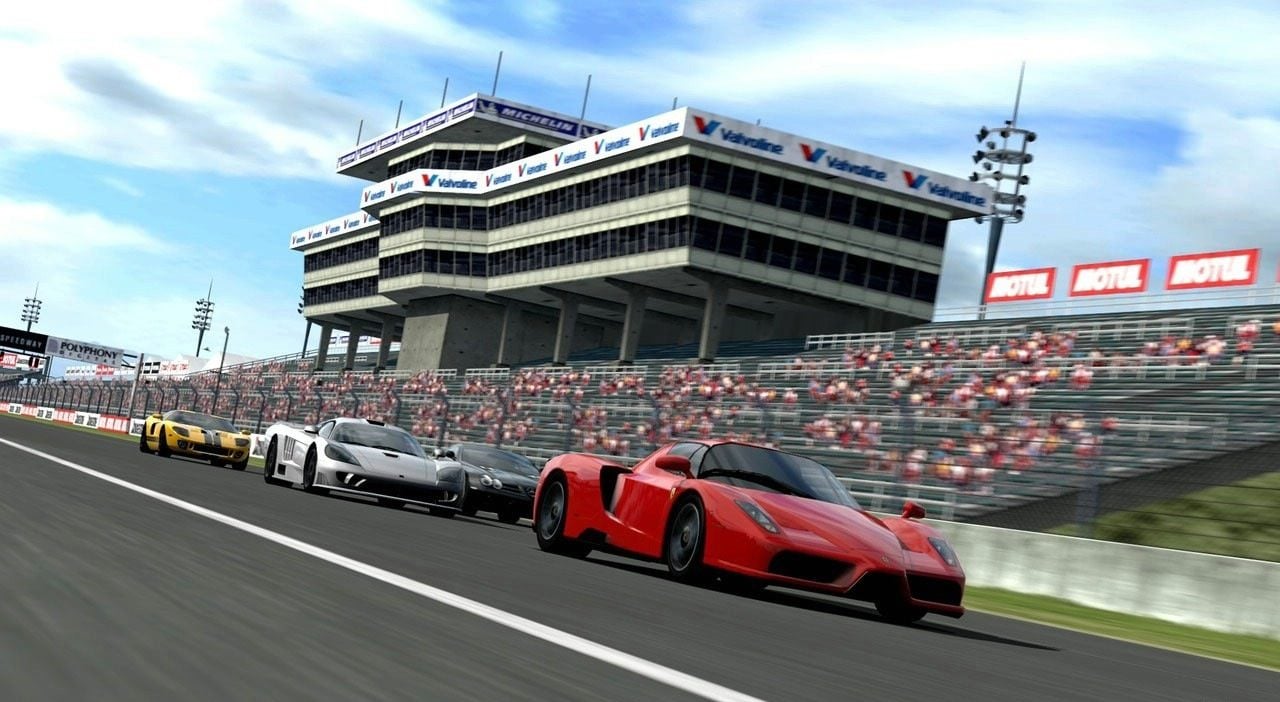 On this day in 2009, the Gran Turismo franchise officially made its first foray onto something other than Sony’s home console.

Technically GT had appeared elsewhere before, thanks to the unofficial (but excellent) Bleemcast version of Gran Turismo 2. But this was something different. This was a dedicated handheld version of Polyphony Digital’s racer, lifting much of its content from GT4 for PlayStation Portable duty. A decade later it remains an anomaly in the franchise, so we’re taking a brief look back at it. 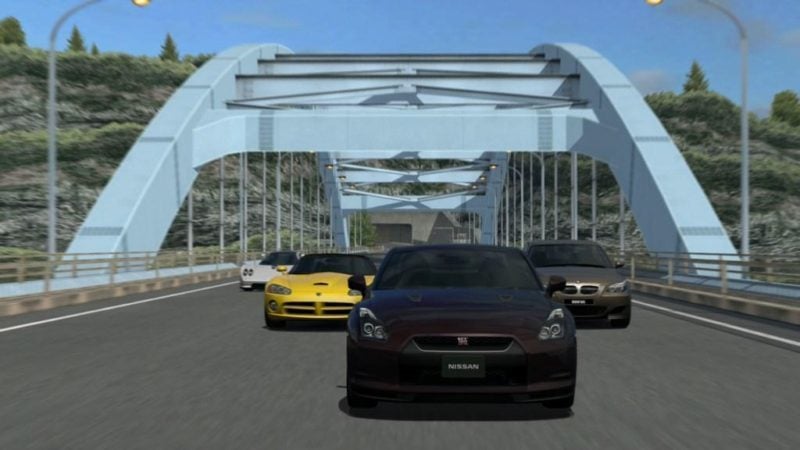 Gran Turismo On The Go

Let’s head back to 2009. Facebook was still so new The Social Network wasn’t out yet. And Gran Turismo fans were waiting. The PlayStation 3 was approaching midlife, and the full version of GT5 — not Prologue, which had released in late 2007 in Japan and spring 2008 elsewhere — was still free of anything resembling a firm release date.

Yet the wait was even longer for a different GT. Way back in 2004 Polyphony had first shown off the idea of a PSP version of Gran Turismo, alongside the system itself at that year’s E3. This was before GT4 even launched. For the next five years GT PSP was notable for its complete and utter absence, until suddenly showing up at E3, with an October release pencilled in.

From a technical perspective it was deeply impressive. Polyphony Digital has a reputation for technical expertise, and here it had managed to shrink down the gargantuan GT4. Over 800 cars, and 35 courses fit on the little UMD, crammed into just over 900MB of total file size. Sure, the game only had to render a 480 x 272 pixel image, but even there PD kept gameplay to a solid 60fps. 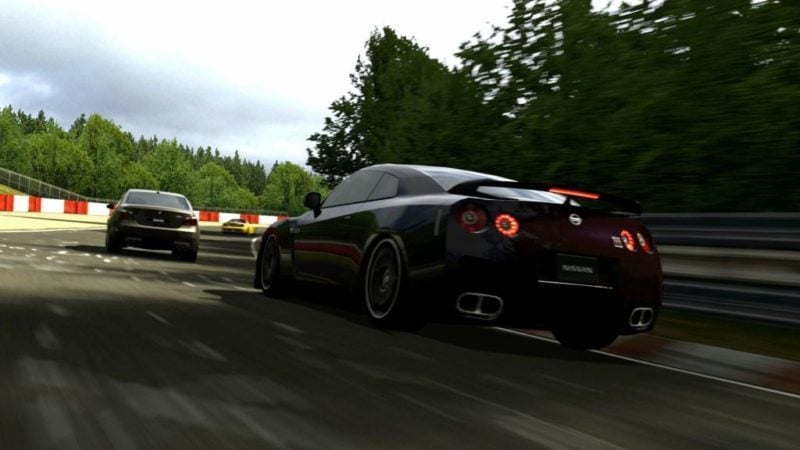 So Polyphony had succeeded in turning GT4 into a mobile game. Job done then? Nope: PSP was a Frankenstein of different titles, and in a few key ways, previewed what players could expect in GT5 arrived on PS3 a little over a year later.

For starters, there were new cars. A handful of GT5 Prologue models arrived like the GT by Citroën and the Ferrari F2007 — the latter being quite the challenge on the PSP’s little analog nub. But there was also the Ferrari Enzo, a pair of Lamborghini Countachs, Nissan’s new-age GT-R SpecV, and no less than the Bugatti Veyron. Oh, and the cover star, the Corvette C6 ZR-1.

When GT5 launched a year later, players would be able to transfer their mobile garages to the console game. There they’d be able to use any of their purchased cars in Arcade Mode.

Valencia circuit, a track from the bikes-only Tourist Trophy, also appeared in the list. This would be the only Gran Turismo title it would show up in.

Under the skin this was more than a straight GT4 port too. The physics used the 5 Prologue engine, which made cars livelier and generally more fun than the PS2 title’s understeer-prone engine. Playing it back-to-back with GT5, PSP certainly feels more like the newer game than the old, while retaining a friendly approachability suited to a portable title. 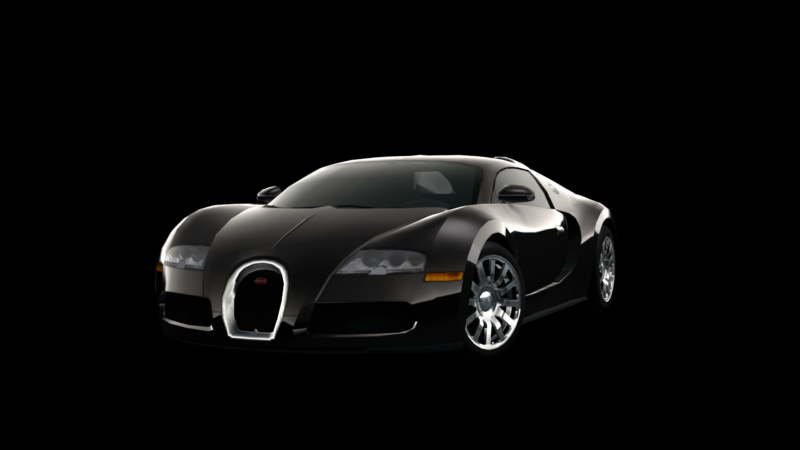 The Jay Lenoness of it All

PSP, moreso than any previous GT title, is about car collecting. So who better to guide players through the game than Jay Leno? The American automotive icon provided voiceovers for the game’s unique Driving Challenges. Franchise license tests by a different name, these taught players the ropes, culminating in a run around the Nurburgring Nordschleife in a 500hp BMW M5.

That collecting aspect defines GT PSP. That’s because, outside of the Driving Challenges, there’s no progression structure. Players set their own races up to earn cash to buy more cars, which can become a hunt on its own thanks to the randomized aspect. The dealerships function like the used car lots of older Gran Turismos, with only four marques available every few game days, and up to 10 models available within them.

As a design choice to encourage players to keep racing, it makes sense. But it feels at odds with the pick-up-and-play nature of the game, since players will conceivably be on the hunt for their preferred cars just as much, if not more, than actually racing to earn the credits to buy them. 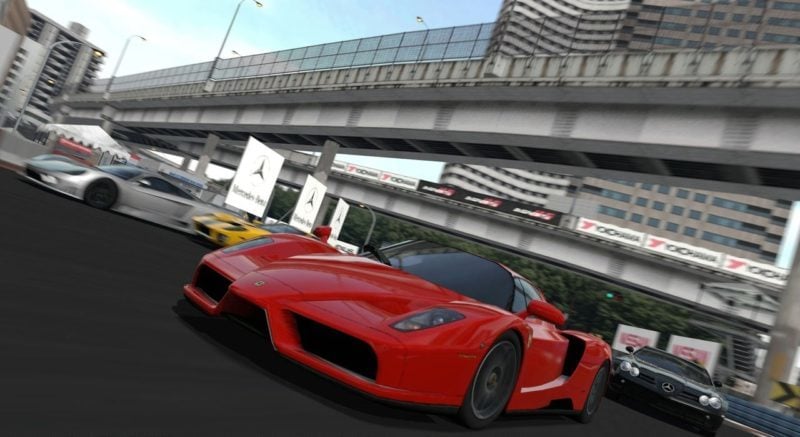 As luck would have it, I uncovered my original PSP in a box this past summer. I lost everything else for it ages ago, but Gran Turismo survives on account of the UMD being in there. So for the first time in probably nine years, I load the old girl up.

The first thing that grabs me is the load times. This is from the GT5 era, where even menus take a while to appear. Yet the general GT-ness survives, and it’s easy enough to set up a race.

A decade removed, the handling sits right in the sweet spot of the arcade/sim divide. The analog nub isn’t ideal for small corrections, and putting in the right level of countersteer while drifting is a crapshoot. It’s forgiving enough that I can play it on public transit though, which surely must be the gold standard.

There’s quite a lot of ghosting to the image, but the frame rate is solid. Every track has hints of seams, faint lines popping up where PD had to no doubt cut polygons to keep the whole game together in a workable form. It’s nothing too bothersome for anybody who regularly revisits older, early 3D games, but coming from the visual splendor of current-gen titles it can be pretty shocking.

What else is pretty shocking is that Gran Turismo is still more fun to drive than any of the mobile games I have on my iPhone. The lack of events to do, and the (understandable) datedness of the car list is all that’s holding it back here in 2019.

Will we ever see another of its kind? It’s hard to say. PSP sold reasonably well for PD and Sony, no doubt thanks to the huge pent-up demand for a new title in the pre-GT5 era. But the game industry as a whole is blurring the lines between mobile and console market. As remote play opens up the possibility to game on any screen anywhere — and a huge portion of the current GT Sport experience is available via the official site on any browser — the spirit of PSP will live on.

Jordan Greer · Oct 1, 2019· 81 Comments
As you’ve probably heard by now, Sony has just announced the true successor to the PSP. Code-named the “NGP” (Next Generation Portable), it features some impressive hardware specs and the titles announced so far look great. Popular games such as Uncharted, Killzone, and Call of Duty were all confirmed to arrive on the NGP when it’s released at the end of this year, but one special franchise was nowhere to be found this time: Gran Turismo.

Jordan Greer · Oct 1, 2019· 69 Comments
Sony hosted a small group of media at their Benelux headquarters in Amsterdam, yesterday, and our own Blitz187 was on hand to catch any and all new tidbits of information that might emerge (this event took place before the delay was officially confirmed). As usual, Sony was extremely tight-lipped about the game’s details and did not use the event to reveal any major new features.

Jordan Greer · Oct 1, 2019· 48 Comments
Polyphony Digital has updated their sales figures for the Gran Turismo franchise, and the company’s latest title, GT PSP is now on the list. In the three months since its release on October 1st, 2009, it has sold more than 1.8 million copies around the world, making it the sixth-best selling title on Sony’s portable console.

Jordan Greer · Oct 1, 2019· 54 Comments
Remember the “Ultimate Gran Turismo Fan” contest Sony held back in November? They set out out to find the most dedicated fans of the series, and this past Friday, the winners were finally announced. First place went to Michael Blevins of Colorado, who started dirt track racing after years of playing GT, and second went to Samuel Sligh III, a passionate Ferrari fan from North Carolina. For their dedication to the series, they’ve been awarded the two very sweet racing suits and helmets worn by Rhys Millen and Tanner Foust in the GT PSP commercial filmed at Laguna Seca.

Jordan Greer · Oct 1, 2019· 25 Comments
If you missed out on the free Gran Turismo PSP promotion when the PSP Go was released earlier this year, you’ve got another shot. Sony is once again making the game available to download at no cost to all PSP Go owners…as long as you’re not in North America. Much like GT Academy 2010, this promotion is only available to people outside of the United States and Canada. You can read the official rules here and, if you’re eligible, follow these instructions to get your copy of the game. It will be free through January 10, 2010, so don’t worry if you plan to receive a PSP Go on December 25th – just make sure that you tell Santa Claus about this so he can buy you something else with all that money he’ll be saving! Thanks to Marky264 for the tip.

Jordan Greer · Oct 1, 2019· 24 Comments
Sony is out to find the “ultimate” Gran Turismo fan with their latest contest, and two winners will be walking away with the driving suit, helmet, and gloves worn by Rhys Millen and Tanner Foust in the GT PSP Laguna Seca television commercial. All you’ve got to do is submit a 2 minute video, a 2 page essay, or slide show presentation explaining why you are the “ultimate fan”. Entries will be judged by a panel of “video game industry professionals”, who will score each submission based on the following criteria: 60% for showing that you’re the ultimate fan, 20% for showing that you’re the ultimate car/racing fan, and another 20% for showing off a little bit of creativity.

Jordan Greer · Oct 1, 2019· 23 Comments
After a few weeks of waiting, Ad-Hoc Party is finally available, for free, to everyone around the world! Watch the video after the jump to see a quick demonstration with Gran Turismo PSP, then head on over to the new “official” GTPlanet lobby to start racing: World G1, Lobby 1. If you’re in the mood for a quick event but the lobby is quiet, leave a note in our official GT PSP online racing forum thread to organize a quick game. Enjoy!