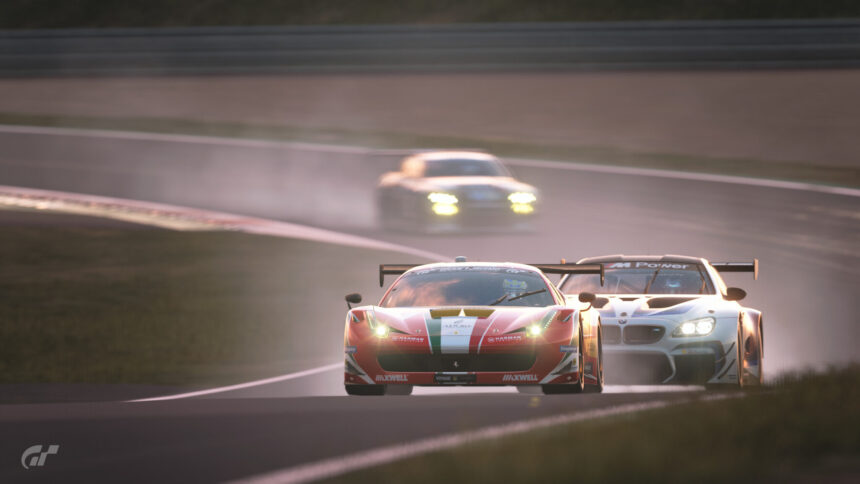 For the second time in as many weeks, GT Sport has another update available. Version 1.44 has arrived, bringing with it some slight fixes.

It’s one of the smallest updates yet, weighing in at a featherweight 108MB. If you were hoping for the inclusion of Spa-Francorchamps, well, we’ve got some bad news…

Given the size of the update, the patch notes are expectedly short. According to Polyphony Digital, version 1.44 repairs the Thai language option for Asian versions of the game. There’s also the usual “various other issues have been addressed” — so you may need to keep an eye out for any changes.

Players shouldn’t have expected a sizeable update, however. We’ve seen this sort of pattern before, with a larger content update — like last week’s 1.43 patch — followed by a smaller, bug-fixing one.

Sport players will no doubt be keeping eyes on the next GT World Tour event then. The next stop is at Red Bull’s Hangar 7 in Austria, on September 13–14. Polyphony typically previews fresh content at the events, like Spa and rainy weather conditions, so it may provide a hint as to what’s in the pipeline. Maybe a classic Ferrari or muscle car? Either way, we’ll be on the ground at the event, so stay tuned.

GT Sport Game Updates
90 Comments Discuss this post in our forums...
Can You Beat the Impossible Gran Turismo Quiz?

Gran Turismo Sport 199 Jan 9 by Andrew Evans
The latest game update for GT Sport has arrived right on schedule. It’s a relatively compact file this time round, coming in at just 156MB, which is somewhat of a…

Gran Turismo Sport 199 Jan 6 by Andrew Evans
Almost 98.4% of our 2020 calendar remains unticked, but it’s already time for Polyphony Digital to start delivering updates to GT Sport this year. A new post on the game’s…