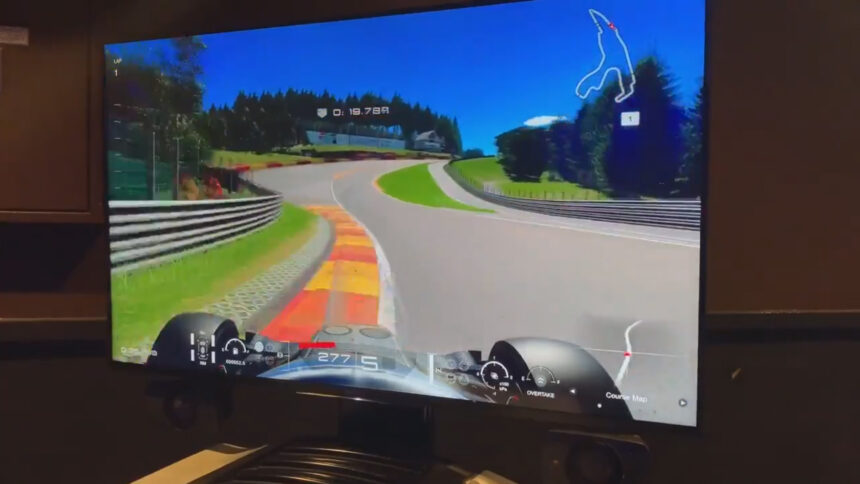 A First Look at Spa-Francorchamps in GT Sport (UPDATE)

The cat is very firmly out of the bag now. Fan-favorite and most requested track Circuit de Spa-Francorchamps is on its way to GT Sport.

Most of us will have to wait until this afternoon’s grand final at the Nations Cup to get a first look at the circuit. However the public areas at the PlayStation Theater on Broadway happen to have a little treat for anyone wandering by: two driving rigs for general use, one running the Spa-Francorchamps track.

As GTPlanet happens to be on the ground in New York, we figured it’d be rude not to have a quick play. Site owner Jordan Greer braved the queues to put in a lap time, using the Super Formula Dallara SF19:

Just did a lap of Spa Francorchamps in #GTSport! It will be available to play in the public driving rigs at the #FIAGTC event at @PlayStationThtr in NYC. If you’re nearby come check it out from 1-4pm today or tomorrow. https://t.co/K9xvwPNTAE pic.twitter.com/4Xh3jAa4Nr

Although not yet confirmed Spa looks set to come to GT Sport with next week’s update, along with the first appearance of a wet weather circuit, and five new cars, all of which are from Japanese brands.

Meanwhile in New York there’s still half of the event to go. Yesterday’s Manufacturer Series resulted in a fourth different winner from four events, with Mercedes-Benz making a step up from its runner-up spot at the Nurburgring to take the title.

We still have the Nations Cup to look forward to, with a prize of an automatic berth in the World Final in Monaco in November. The final race there? Circuit de Spa-Francorchamps, in the Red Bull X2019 Competition — which should be flat through Eau Rouge.

Gran Turismo Sport 546 Nov 30 by Andrew Evans
You’ll be heading to three of the world’s best-known race tracks in this week’s new set of GT Sport Daily Races, as two one-make races headline the offerings for the…

Gran Turismo Sport 2117 Nov 24 by Andrew Evans
While the finalists from the official 2020 FIA Online Championship season are fighting for their World Finals places right now, there’s still plenty of racing for the rest of us.…

Gran Turismo Sport 546 Nov 23 by Andrew Evans
It’s all about racing cars in this week’s new set of GT Sport Daily Races, as players have a choice between three different types of racing machine. Race A this…