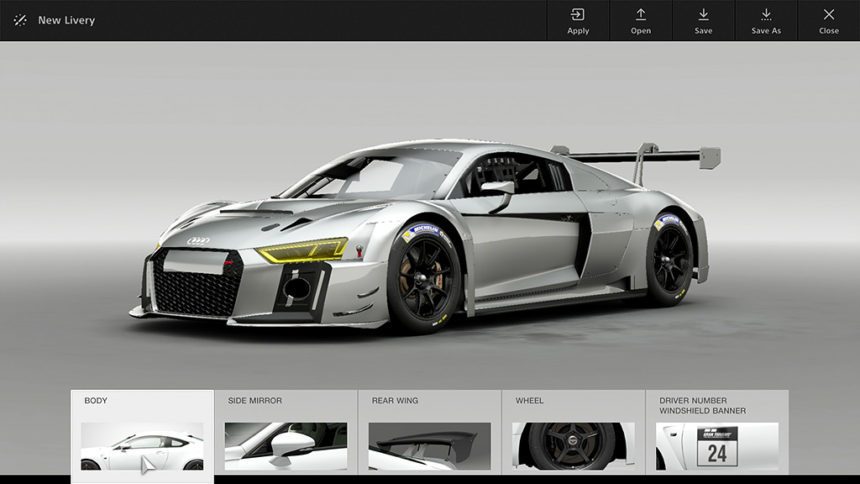 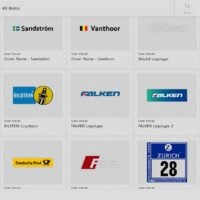 A fresh start has seemingly been the operative phrase for GT Sport, as we now know that the next entry in the franchise will host a roster of cars built entirely anew, doing away with the controversial ‘standard’ cars of the previous generation, all while introducing some new competent machinery.

The good news continues, managing to keep one’s jaw firmly dropped. One of the biggest reveals during the announcement – and there’s plenty to discuss all around – is a feature that has been requested by the community for years on end, and it finally makes it debut in GT Sport: a livery editor.

While most of the livery editor’s functionality has yet to be fully revealed, you will be able manipulate basic shapes and apply decals, customize existing liveries or recreate those from other racecars, and be able share the completed designs with others.

While a feature as oft-requested as this one is certain to define the franchise moving forward, one such feature that has already defined the franchise, and the genre as a whole to a reasonable extent – Photo Mode – has received a major overhaul that will no doubt put a smile on the faces of enthusiasts.

Photo Mode has evolved into what Kazunori refers to as “Scapes,” a powerful and game-changing next generation version of the tool themed around travel. The feature allows players to take their favourite cars to any one of the over 1,000 Photo Spot stages and insert them into a photo. These photos contain detailed lighting and spatial information, allowing for an unprecedented level of photo customization.

As should be expected, you’ll be able to freely move and position the car around the selected space. Even better, this time around there are no limitations on the number of cars that can be grouped into a single photo, provided the space allows it. An interesting new feature has also been added allowing you to add light sources into the photograph. This directly combats a problem many a GTPhotographer has experienced, which ultimately leads to post-processing efforts. Polyphony: 1; Photoshop; 0.

Scapes is shaping up to be yet another genre-defining chapter in video game photography, and will certainly endear itself to those looking to pick up a virtual camera. All photos can be output up to 4K resolution like Gran Turismo 5 and 6 before it, which is sure to spice things up even further. Stay tuned to GTPlanet for even more GTS news as the big London event continues!

Gran Turismo Sport 484 Sep 14 by Andrew Evans
This week’s GT Sport Daily Races, have an unusual twist with two events where the car is provided to you — and in both cases it’s a pick and mix,…

Gran Turismo Sport 484 Sep 7 by Andrew Evans
There’s no taking things slowly in this week’s GT Sport Daily Races, as all three events put you in race cars. Race A sees a return of the front-wheel drive…

Gran Turismo Sport 484 Aug 31 by Andrew Evans
Qualifying will be king in this week’s GT Sport Daily Races, as the action heads to three circuits where legitimate passing places are at a premium. That all starts with…