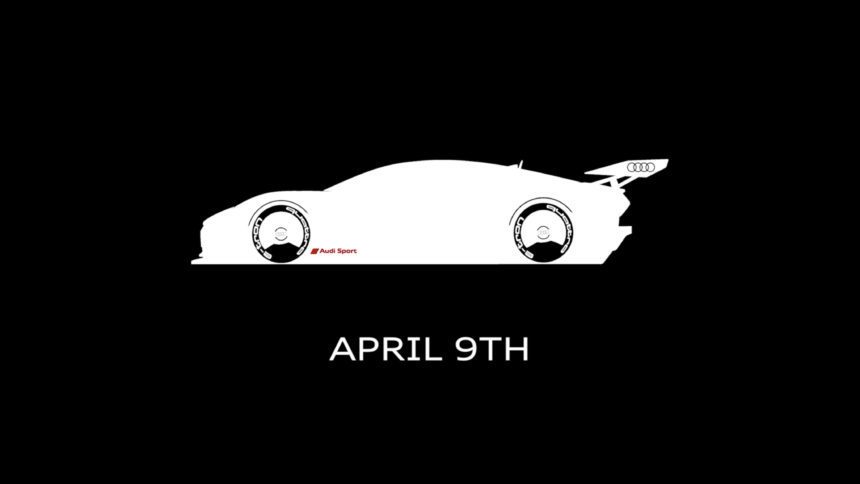 In news that should surprise few, Polyphony Digital has scheduled a new Gran Turismo Sport update for early next week. Likely leading the charge is Audi’s Vision GT concept.

The four-ringed automaker has been teasing the car since last month. Earlier this week, it offered us a closer look in a new trailer. The live reveal will be happening in Germany on Monday as well, leading many to suspect it will be a simultaneous unveiling.

Players logging into GT Sport were greeted by the following notice:

This wouldn’t be the first time that’s happened in Gran Turismo, either. As far back as GT5 Prologue, cars like the Subaru WRX STi and Nissan GT-R have shown up in pixel and physical forms at the same time.

There’s no word yet on any of the content of the update. We’d wager on it being relatively limited: the latest content update was barely a week ago, after all. The only other content that Polyphony has earmarked for April is the Supra GR racing concept. However, the team hasn’t put a firm date on the new Japanese sports car yet.

We’ll have more news on the Audi Vision GT over the coming days. Stay tuned for more on it as well as any surprises in the upcoming GT Sport update.

Gran Turismo 5 55 Nov 24 by Andrew Evans
November 24, 2010. That’s the day that Gran Turismo 5, the first full Gran Turismo release on the PlayStation 3, first launched. It’s tough to accept that a decade has…

Gran Turismo Sport 1952 Nov 24 by Andrew Evans
While the finalists from the official 2020 FIA Online Championship season are fighting for their World Finals places right now, there’s still plenty of racing for the rest of us.…

Gran Turismo Sport 587 Nov 23 by Andrew Evans
It’s all about racing cars in this week’s new set of GT Sport Daily Races, as players have a choice between three different types of racing machine. Race A this…