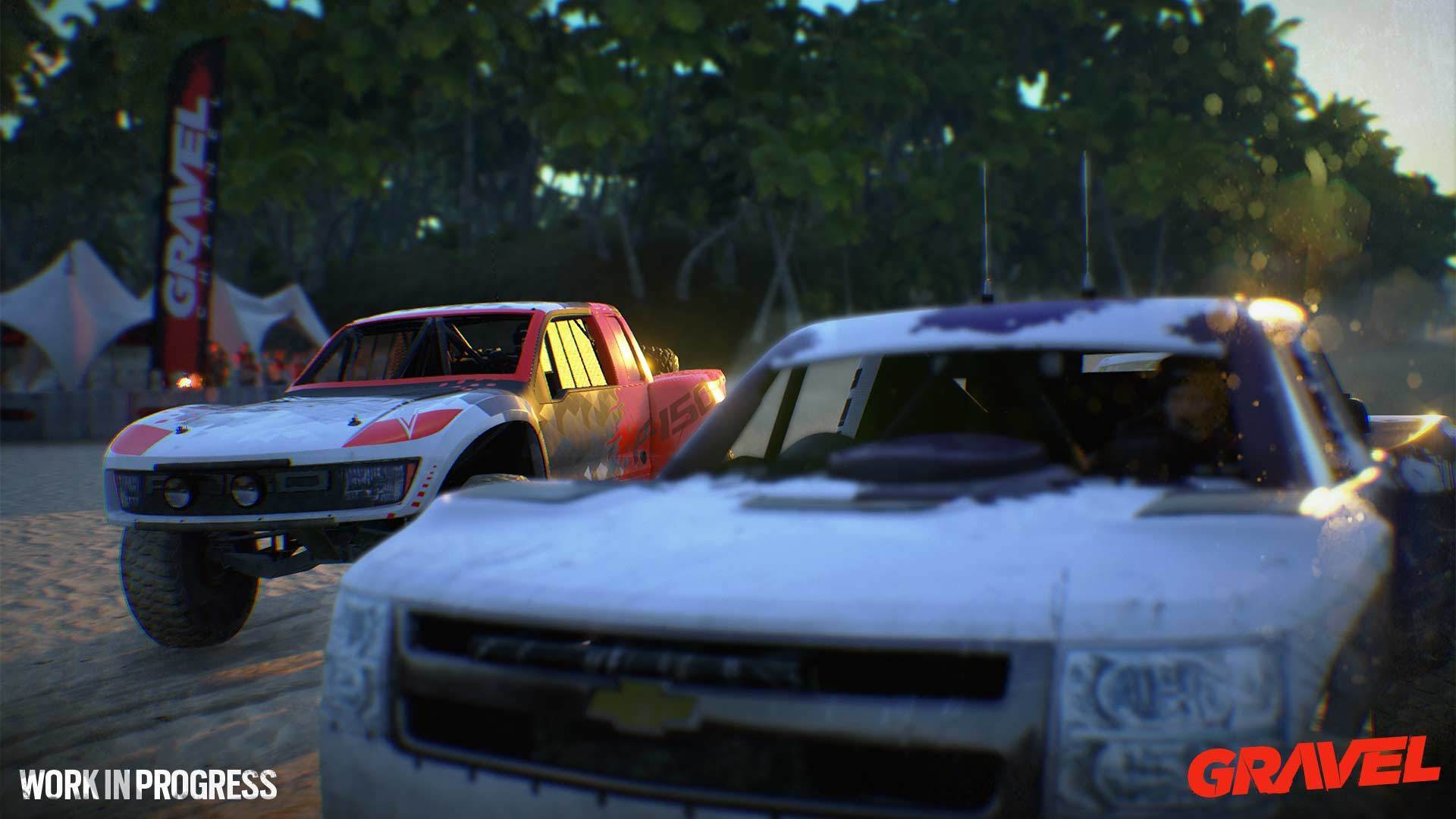 Milestone Games has released a trailer for its new project Gravel. Announced earlier this year, Gravel is quite a step away from the usual titles from the Italian developer. Players will be able to tackle various race types and drive a wide selection of vehicles, as shown in this trailer.

Gravel Has a Lot of Variety

Set to a romping soundtrack, we get an extended look at the many events that make up the title. The first of these is Wild Rush, which looks to be some sort of canyon challenge. We’re getting strong Motorstorm vibes from this one, especially with the vehicles being used.

Comparisons don’t end there either, as Gravel will feature Cross Country racing too. The legendary Celica and modern Fiesta plow through a wide forest at high speed, bumping and grinding along the way. If you’re looking for something a bit more grounded, Gravel has its own answer to rallycross.

Speed Cross is what you expect from the name: real world hybrid dirt and tarmac tracks with seemingly no vehicle restrictions. We say that as the video shows a Toyota Hilux and Celica clash in a battle for first place. Given the exciting track designs in the other modes, we’re intrigued to see what Milestone can cook up to keep this mode relevant.

Fans of Milestone’s MXGP series will be happy to see Stadium events return. Clearly inspired by the motocross titles, this mode looks to throw players in claustrophobic tight circuits that probably shouldn’t host rally cars in the first place. Bearing this in mind, it looks really fun. If you’ve ever played one of the MXGP games you’ll know what to expect.

That just about rounds off all the events found in Gravel. Milestone is making the most of the license-free approach they’ve taken in the game. Not having to worry about motorsport specific regulations has clearly allowed the team to branch out into a different type of racing game. Ever since the demise of Evolution Studios, we’ve missed a fun off-road fling so Gravel could occupy that slot. We’ll find out when the game launches early 2018.

Kyle Patrick · Aug 22, 2017· Comments
Players of Gravel can look forward to a steady stream of new content for Milestone’s off-road racer. We’ve now got more details on the DLC plans for the game, and they involve both new cars and additional events.

Joe Donaldson · Aug 22, 2017· Comments
When it comes to off-road racing or driving games there’s no shortage. The DiRT series leads the way, but it faces stiff competition from a quickly growing genre. Granted most of the games that attempt to take it on are lesser known. However, some do find success.

Joe Donaldson · Aug 22, 2017· Comments
We are in the home stretch for the February 27 release date of Gravel. Now just days before hitting the store shelves, the trophy/achievement list gets a full reveal thanks to PSN Profiles.

Kyle Patrick · Aug 22, 2017· Comments
With only two weeks to go until its release, Milestone has announced more details on Gravel. The off-road arcade racer touches down February 27, and now we know (some of) what comes after that.

Brendan Rorrison · Aug 22, 2017· Comments
It’s hard to believe that the Porsche license in racing games was like gold dust not too long ago. Thanks to an exclusivity deal with EA, it didn’t look like we’d see the marque in anything other than Need For Speed.

Brendan Rorrison · Aug 22, 2017· Comments
Milestone’s upcoming off-road arcade racer Gravel has a new gameplay video. Released on the official YouTube channel for the developer, we get a sneak-peek of the title in action. The footage shows off a Wild Rush race lasting two minutes.

Brendan Rorrison · Aug 22, 2017· Comments
Off-road racer Gravel has a new trailer focusing on the challenges of career mode. Milestone is looking to keep players’ interest with a more character-driven approach compared to other titles in the genre.

Brendan Rorrison · Aug 22, 2017· Comments
A new developer diary for upcoming off-road racer Gravel has revealed a 27 February 2018 release date. Italian developer Milestone will be launching its latest effort in the early months of next year and promises a thrilling romp in the dirt.