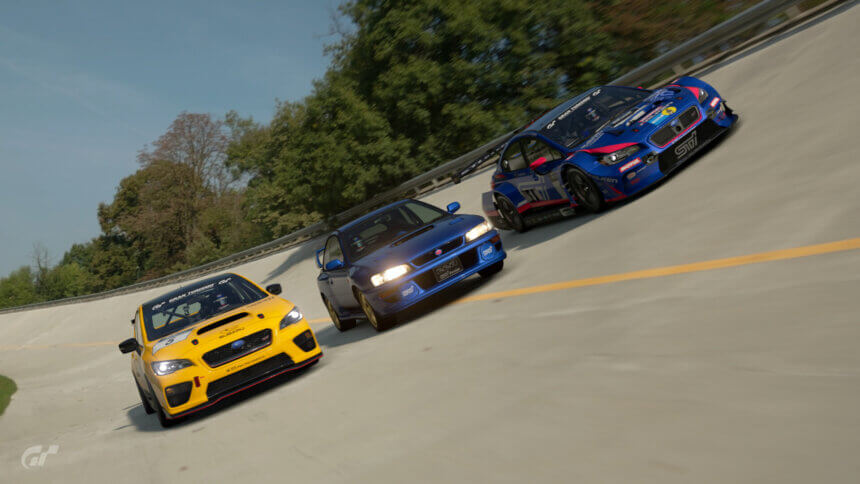 Updated February 20: Since we posted the details below, all corresponding information has been removed from the official Gran Turismo website. We’ll update this article with more information as we get it.

An update on the official Gran Turismo website has revealed the schedule for the upcoming Exhibition Season ahead of the 2021 FIA Certified Gran Turismo Online Championships, and it’s a slightly shorter calendar than usual.

As we previously reported, the Exhibition Season is due to get underway on Saturday February 27. Races will then run through March and April on Wednesdays and Saturdays until the final round on Wednesday April 4 — which means there’s only six rounds in the season this time round. That could indicate that the full official season will start in mid-April.

Polyphony Digital is yet to reveal all the details for each round, with an official announcement coming in due course. However we do know dates, venues, and vehicle classes, which will help players prepare their options for the upcoming season. For now, the official calendar is as follows, and we’ll update with more information when it’s available:

At the moment it appears that there’s no “Top 16 Superstars” races on the schedule. Given the slightly shorter season and the fact that it’s likely only your best two results will count towards your points score (update: this is now confirmed), this may be final; the top S-ranked players would have a significant advantage with the additional points on offer in such races.

This slightly shorter season also sees some other major changes we’ve previously covered. Those who race in the Asia, Oceania, North America, and Central/South America regions will be facing different opponents this season, at least in the Manufacturer Series. While the Nations Cup retains its five-region format, the brand-based Manufacturer Series will switch back to three regions, with Asia-Oceania and Americas regions alongside Europe, Middle-East, and Africa (EMEA).

That’s resulted in a change of race entry slots in the affected regions to account for the spread of time zones. Nations Cup and Manufacturer Series now take place at different times (except in EMEA), with five slots available in each region on each race day — except Oceania in Nations Cup, where there are only three slots on offer. The first slot for each race is now as follows, with each subsequent slot following on 80 minutes later:

We’ll update this article with more information on the races, including circuits and vehicles where applicable, as we get it.

2021 FIA GT Championship
3726 Comments Discuss this post in our forums...
Test Your Badge Knowledge With Our Car Logo Quiz

Gran Turismo Sport 462 Apr 12 by Andrew Evans
A new week means a new set of GT Sport Daily Races to get to grips with, and this week’s trio of events brings a mixture of pace to satisfy…

Gran Turismo Sport 462 Apr 5 by Andrew Evans
There’s a fresh set of GT Sport Daily Races now available, with players taking race cars — albeit in name alone in one case — to three of the game’s…