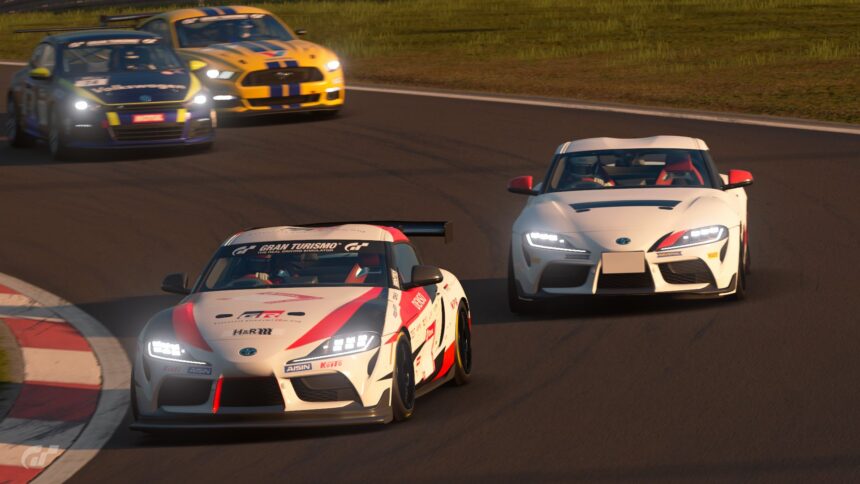 There’s a familiar feel to this week’s Daily Races, even though one features some new content.

Races A and B should be old friends at the very least. Indeed Race B is a combo we could have had on day 1 of GT Sport, as the Gr.3 race cars head to Interlagos. You get free choice of any of your garage Gr.3 cars, and it’s likely you’ll find out who’s been practicing with the new Lewis Hamilton Time Trial Challenge…

There’s a fan favorite in Race A. Once again we head to the Autopolis circuit, with a choice of Gr.4 race cars. The twist is you can pick any one of the four supplied racers — Audi TT, Peugeot RCZ, Renault Megane, and Volkswagen Scirocco — for your race. If you’re familiar with GT Sport, you’ll instantly spot that these are the four front-wheel drive Gr.4 cars, so managing wheel spin off the grid start will be important.

It’s Race C that sees the new content debut, but it too will feel like you’ve seen it before. That’s because the car of choice is the new Toyota 86 GT Limited ’16 — a very close sibling of the Toyota 86 GT and Subaru BRZ that have been in the game forever — for a two lap attack of the Nordschleife.

All three races will run through to Monday, December 9, when another new set of three will replace them. 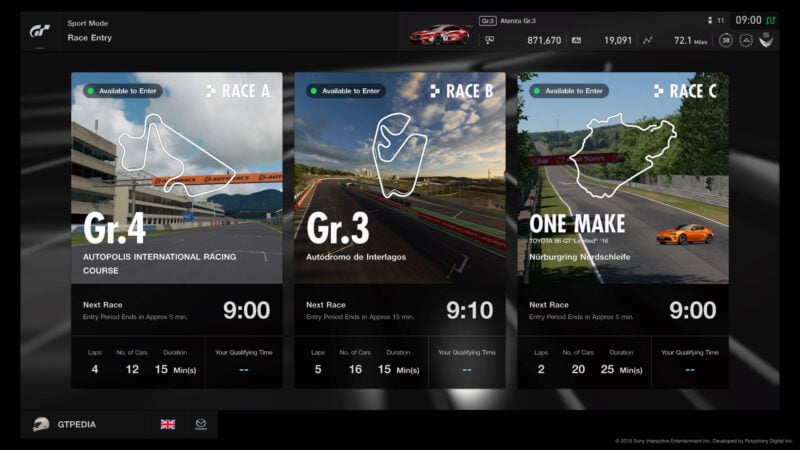 Daily Races
716 Comments Discuss this post in our forums...
Can You Beat the Impossible Gran Turismo Quiz?

Gran Turismo Sport 1722 Feb 17 by Andrew Evans
GT Sport‘s first World Tour event of the year is still fresh in our minds, but already it’s time to prepare for the next stage. The Pre-Season for 2020 FIA…