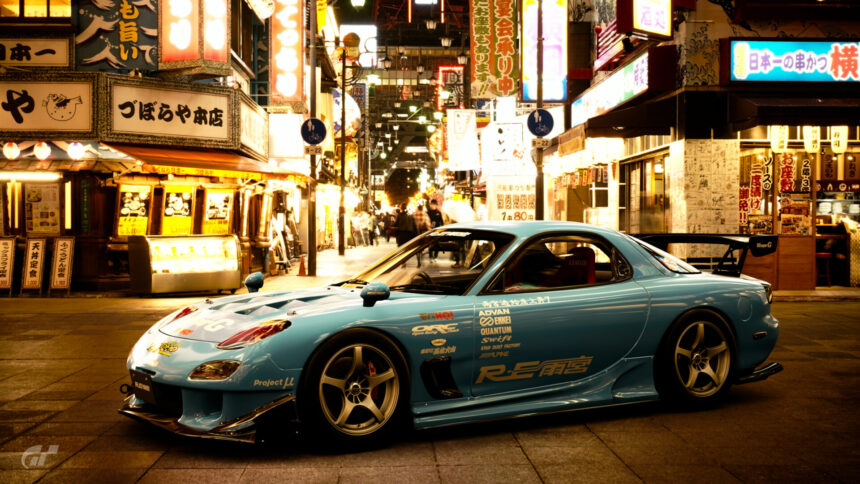 GT Sport Daily Races: One Plus One Makes Three

There’s a little less choice than usual in this week’s GT Sport Daily Races, with a pair of one-make events making for very homogeneous grids — but all is not quite what it seems.

Sticking out as the exception this week is Race C. That’s the traditional endurance event which this week features Gr.3 race cars. It’s set at the Autopolis circuit — the full version this week — and lasts for ten laps. You won’t find any particularly tricky tactical decisions this time, with a straight-forward rolling start race on the hard racing tire compound. Fuel and tire degradation are at three and seven times respectively, so likely won’t factor into it.

Race A sends you to the fictional Kyoto Driving Park, and puts you into one of the last set of DLC cars. It’s the Toyota 86 GT Limited again — the facelifted version of the car you could find in the game’s launch version — and it’s provided to you. This will mean that all you have to do is pick one of the seven colors, then pound out your three laps.

Lastly, Race B takes place at the Tsukuba Circuit, with another of the most recent batch of cars. This time it’s the tuned Mazda RX-7 courtesy of RE Amemiya Racing. You’ll need to own one of them in order to take part, which means you can show off your livery editor skills (or ability to download other people’s liveries) as well over the course of the seven-lap race. However, there’s one further twist: now you can tune the car too. Sticking true to its tuner roots, the event allows for the player to adjust the RX-7’s settings.

All three races will run through to Monday, December 23, when another new set of three will replace them. 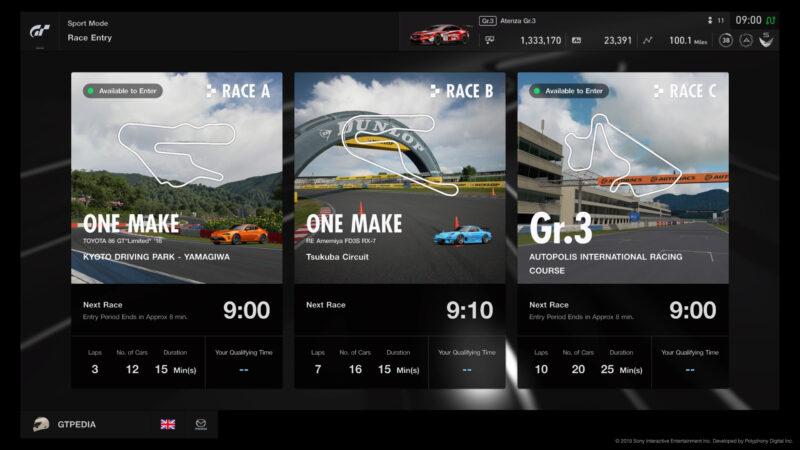 Daily Races
529 Comments Discuss this post in our forums...
Can You Beat the Impossible Gran Turismo Quiz?

Gran Turismo Sport 529 Jan 20 by Andrew Evans
Keeping it on the island will be the key to this week’s three GT Sport Daily Races. The new set of events all pose a similar challenge, whereby a loss…

Gran Turismo Sport 529 Jan 13 by Andrew Evans
There’s a certain sibilance surrounding the circuits in this week’s set of Sport Mode sprints. The new selection of three races features some friends from right back when GT Sport…