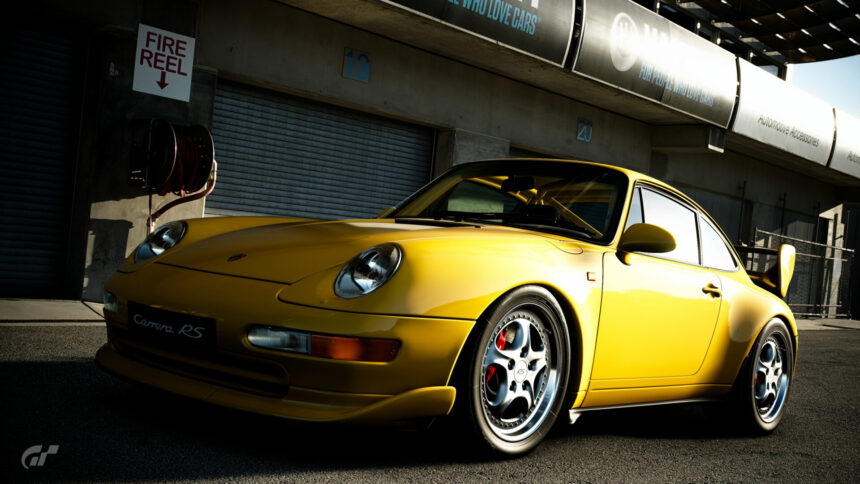 To quote old man Biff Tannen, “there’s something very familiar about all this”. GT Sport Daily Race regulars will be feeling a twinge of deja vu this week, at least about two of the races.

That starts with Race A, which visits the Autopolis circuit. It’s a race for Gr.4 cars and — stop us if you’ve heard this one before — that’s limited to just the four front-wheel drive models. You get free choice from the Audi TT Cup, Peugeot RCZ, Renault Sport Megane, and Volkswagen Scirocco on Racing Hard tires for the four-lap race. It’s a specially provided vehicle, so it’s a case of just arrive and drive — and watch out for that grid start.

Race B is a combination that could have appeared back in day one of the game. You can pick from any of the Gr.3 cars in your garage, and head out to run your four laps of the Lago Maggiore GP circuit. This one is a traditional rolling start, and all cars use Racing Hard tires.

However, not all is familiar. There’s a new combination involving a new car in Race C. That’s the Porsche 911 (993) Carrera RS Club Sport which arrived in the December update, and it’s a race for the brave. You’ll need to survive two laps of the Nurburgring Nordschleife which, with 20 wayward, sliding 911s, will be easier said than done. Polyphony Digital’s choice of a yellow car in the thumbnail isn’t lost on us either; it may not be a Ruf CTR2 Yellowbird, but it’s close enough.

All three races will run through to Monday, January 13, when another new set of three will replace them. 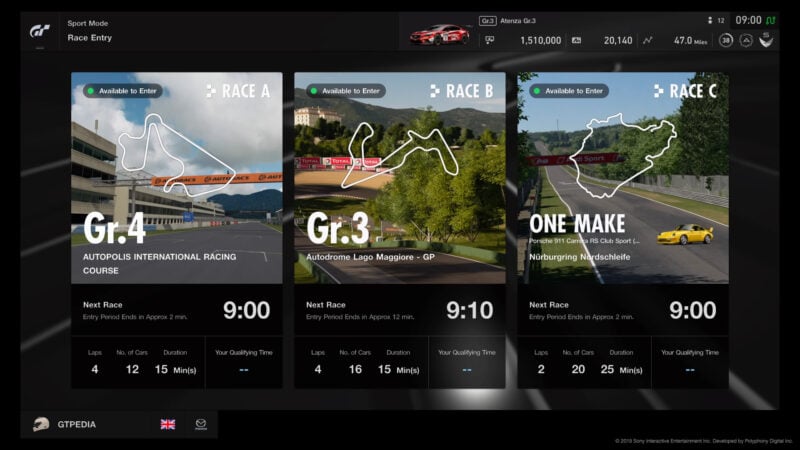