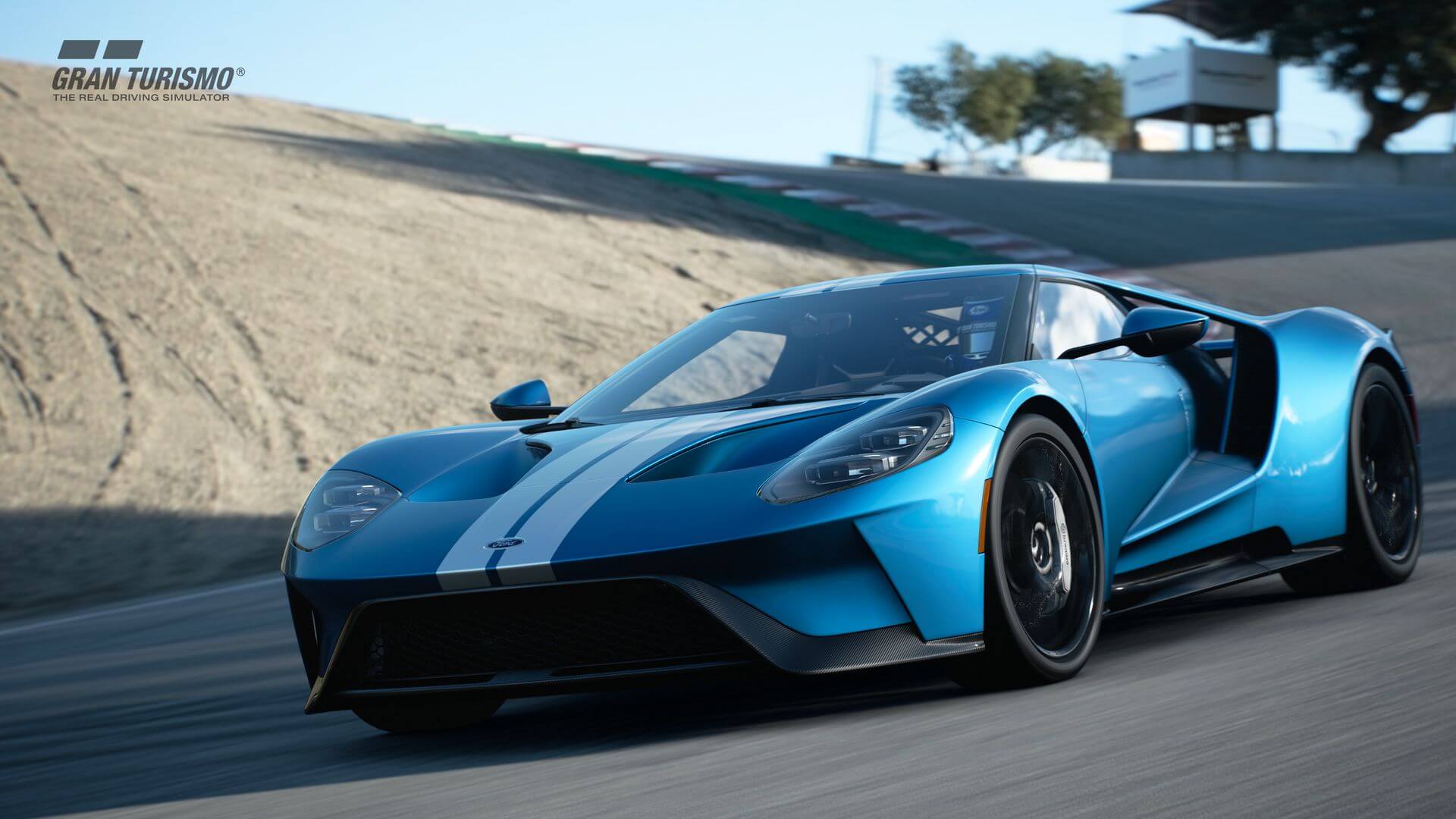 The Christmas update for GT Sport has arrived, bringing a bundle of new content to tide players over into the new year.

It comes in at a chunky 2.4GB. That accounts for seven new cars and a new circuit, along with some other changes, and it’s quite the circuit too. As revealed yesterday, WeatherTech Raceway Laguna Seca is now in GT Sport. 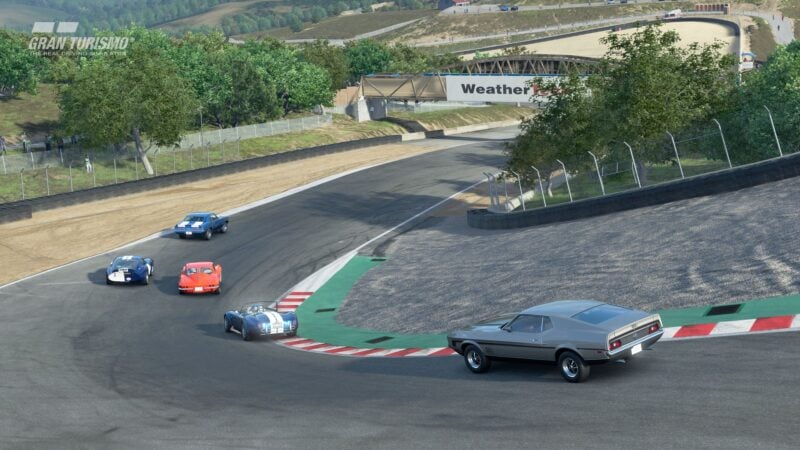 Laguna Seca is an important part of Gran Turismo’s history. The track in Monterey, California, was the first real-world circuit to feature in a Gran Turismo game, back in 1999’s Gran Turismo 2. Since then it had appeared in all of the main titles in the series up until GT Sport. This update corrects that, bringing the track and its famous Corkscrew corner into the PS4 era.

Seven new vehicles accompany the circuit, and it’s something of an unusual mix. Lowest on the performance scale is the Volkswagen Golf Mk1 GTI, the car that popularized the hot hatch format. Its 110hp might not seem like much, but back in the early 1980s it made the Golf quite the back road weapon.

Moving up the scale you’ll find a Toyota Crown Athlete. The Athlete is the sports version of the Crown sedan, with slightly more aggressive styling and tuned suspension, matched to a 309hp, 3.5-liter V6.

Joining the Crown in the N300 category, but with a very different interpretation, is the Porsche 911 993 Carrera RS Clubsport. Porsche only made 213 of these track-ready 911s, and the stripped-bare RSCS is probably the definitive naturally aspirated, air-cooled 911.

Top dog this month though is the Ford GT 2017. Ford built this version of the car to win Le Mans again, 50 years after its earliest Ford ancestor upset the established order, then sold it as a roadgoing model the following year. If you weren’t one of the lucky few selected to buy it, you can now experience it in GT Sport — and you won’t get in trouble if you sell it…

Along with the four regular cars, there’s three additional safety cars — with one for each of GT Sport’s regions.

The Dodge Charger SRT Hellcat Safety Car looks for all the world like a US police cruiser, complete with search lights and bullbars. Representing Asia-Pacific is the safety car version of the Toyota Crown mentioned above, again looking like something that would patrol the streets of Tokyo in a different livery. For Europe there’s a safety car version of the front-wheel drive Renault Sport Megane RS Trophy.

These three cars do not appear in Brand Central though. Instead they’ll feed into the Mileage Exchange feature, starting next Tuesday, December 24. The Dodge and Toyota will be available first, with the Renault appearing first on New Year’s Eve.

After that, starting January 7, the Mileage Exchange will feature all three plus the regular BMW M4 and Mercedes-AMG GT, in a random selection. There’s no word on if the Nissan GT-R safety car will be part of this mix, or if this change represents a more significant alteration to the Mileage Exchange feature.

Laguna Seca features heavily in other game mode updates too. For the first time, the Circuit Experience for a track arrives at the same time as the track itself, allowing you to learn the Californian circuit before you need to race it in anger. Appropriately you’ll be using a Dodge Viper SRT Gr.3 race car, which will bring flashbacks to some license tests in Gran Turismo 2 and Gran Turismo 3.

There’s also a Scapes selection dedicated to the new track. You’ll be able to photograph your cars in 16 different locations, both on the track and around it in various parking spots.

Seven new races appear spread throughout GT League too, and they lean on Laguna Seca with three new events at the track. The Beginner Z Heritage, Amateur Super Formula, and Professional Midship series all feature two new races, with one each at Laguna Seca. At Endurance level, the Gr.1 series gains a new race, set at Spa-Francorchamps.

Two more changes appear in the official patch notes. These include a new vibration strength setting, governing the vibration function on controllers — including wheels — that support it. In addition, Polyphony Digital has tweaked the penalty system, regarding an issue that could see collision penalties being transferred to a player incorrectly.

We’ll doubtless see other changes that are not included in the patch notes, so keep an eye on the forums for more information.