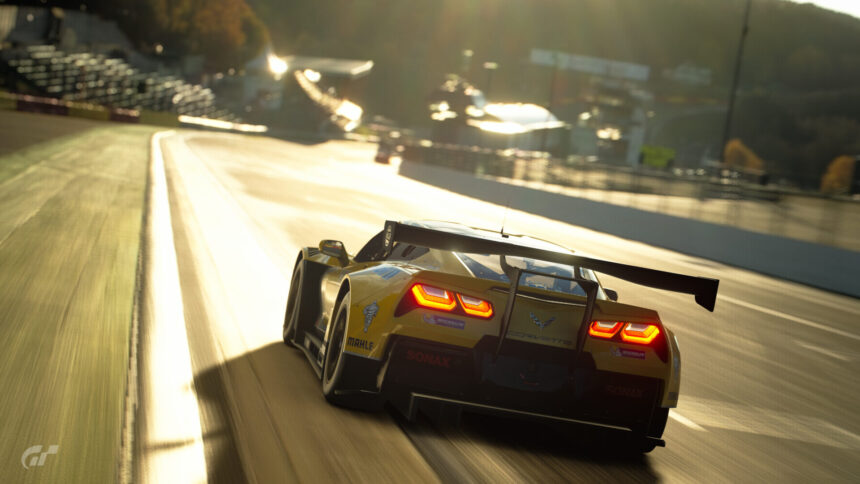 Keeping it on the island will be the key to this week’s three GT Sport Daily Races. The new set of events all pose a similar challenge, whereby a loss of control is likely to be race-ending.

That starts at Race A, and the seemingly simple task of an N200 race at a short track. However the race, at the shortest, Center layout of Lago Maggiore, features tiny convertibles from 1965. Even with almost 150% extra power on tap, the Toyota Sports 800 event will be an exercise in the preservation of momentum with just two braking zones. Lose traction for even a moment and you’ll lose out for the rest of the lap.

Race B’s combination will be very familiar to anyone who’s raced this past week’s FIA events. You’ll take Gr.4 race cars to the very narrow Brands Hatch Grand Prix circuit — or more likely just the Renault Sport Megane Trophy V6, as was the case in the FIA event. It’s a tricky ribbon of asphalt, with few opportunities to safely go two-wide without being spat out into grass or gravel.

You may well be doing the most tip-toeing at Race C however. This uses the game’s Gr.3 race cars — 600hp, rear-wheel drive monsters — at the spectacular Spa-Francorchamps track. That’s usually the recipe for some serious speed, but there’s a catch: it’s raining. You have free rein on tires, if you’re brave enough to go for slicks, and you can use any Gr.3 in your garage. As expected though, the qualifying leaderboards are full of mid-engined cars that have more weight further back.

All three races will run through to Monday, January 27, when another new set of three will replace them. 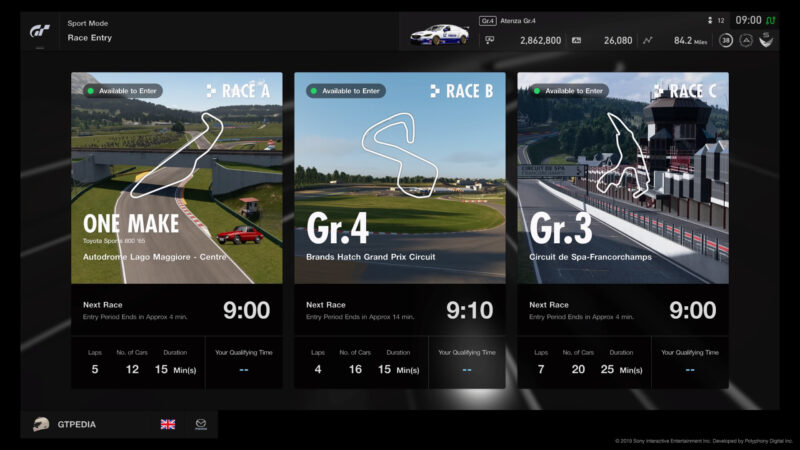 Daily Races
724 Comments Discuss this post in our forums...
Can You Beat the Impossible Gran Turismo Quiz?

Gran Turismo Sport 109 Feb 23 by Michael Leary
Last month, GT Sport players went without any new content. While Updates 1.54 and 1.55 made way in January, both focused on bug fixes and system tweaks. The last major update…

Gran Turismo Sport 1758 Feb 17 by Andrew Evans
GT Sport‘s first World Tour event of the year is still fresh in our minds, but already it’s time to prepare for the next stage. The Pre-Season for 2020 FIA…

Gran Turismo Sport 724 Feb 17 by Andrew Evans
This week’s GT Sport Daily Races will take you to some tight and twisty real world circuits, in the UK and Japan. The UK’s representative is Brands Hatch for Race…