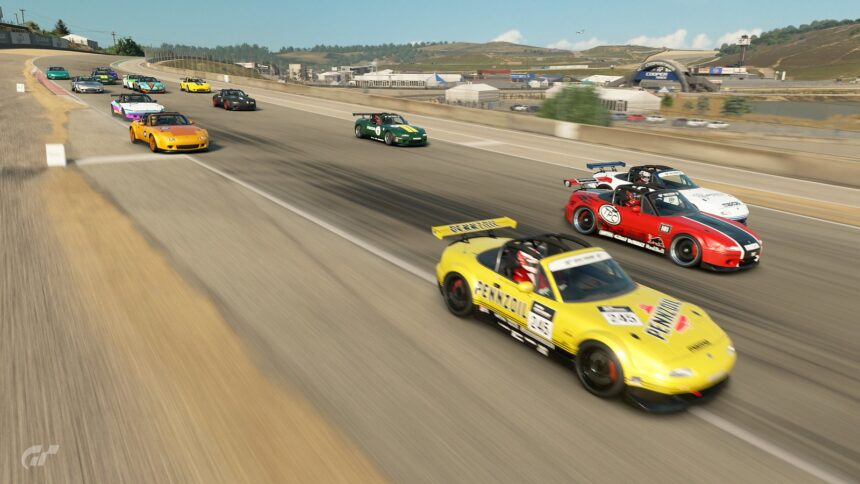 We’ve only just closed out the second season of GT Sport‘s 2019/20 FIA Exhibition Series, but the third is already upon us. It’s a little sooner than you might think as well, so be sure to read on so you don’t end up getting caught out.

Season 3 officially gets underway on December 31 — New Year’s Eve — and the alert among you will spot that this is a Tuesday rather than a Wednesday. That’s because the entire schedule has changed for the events, with the Nations Cup now held on Tuesdays and Saturdays and the Manufacturer Series on Wednesdays and Sundays.

The move allows players to practice for one event and race exclusively on it for an evening, without having to switch between tracks and cars (and strategies) every 80 minutes. With a potential World Tour place at stake for this stage — the schedule runs through to the start of February, and last year’s season opener took place in Paris in March — that’s a good thing for players around the sharp end of the field.

The full calendar for both events in season two is below:

Each schedule contains a Star Player race for Round 10. Unlike Season 2, you won’t find many gaps, but there is a curious one at the end of January with no races on 28/29. This probably indicates an update during that week, although we also note there’s no “TBA” markers in the schedule for potential new content.

The change to the calendar has also meant a change to the timings, and the number of entries that players may make. For Season 3, there’s now five spots per night, giving you plenty of chances to get a decent score on the board. Be aware that only your last entry counts though. The timings are as follows:

You’ll find your own country’s time slots both on the official game website and in Sport Mode within the game itself.

One exception to the above timings is during Round 10. The central spot in each region becomes the Top 16 Superstars race — for the top S-ranked players — and the regular race will start ten minutes later.

There’s a couple of other changes too. Qualifying sessions are now much shorter, with around five minutes available in most cases. Only the races at the Nurburgring 24h (13 minutes), Circuit de la Sarthe (10), Sainte-Croix (10), Spa (10), Laguna Seca (6), Mount Panorama (6), and Tokyo East (6) are longer. Tire wear is faster than last season too, at up to 15x in the Manufacturer Series race at Red Bull Ring. That may reduce the competitiveness of the FWD/4WD Gr.4 cars in the Manufacturer Series particularly, so choose your brand carefully.

The mandatory tire requirement will carry over from Season 2, so be aware of your tire choices in each race. Failure to run the required grade — or grades — of tire will result in a 20-second post-race penalty. The new points system also carries over from before, and your best five rounds will count towards your total score.

FIA Online Championship
2394 Comments Discuss this post in our forums...
Can You Beat the Impossible Gran Turismo Quiz?

Gran Turismo Sport 695 Jan 13 by Andrew Evans
There’s a certain sibilance surrounding the circuits in this week’s set of Sport Mode sprints. The new selection of three races features some friends from right back when GT Sport…

Gran Turismo Sport 695 Jan 6 by Andrew Evans
To quote old man Biff Tannen, “there’s something very familiar about all this”. GT Sport Daily Race regulars will be feeling a twinge of deja vu this week, at least…