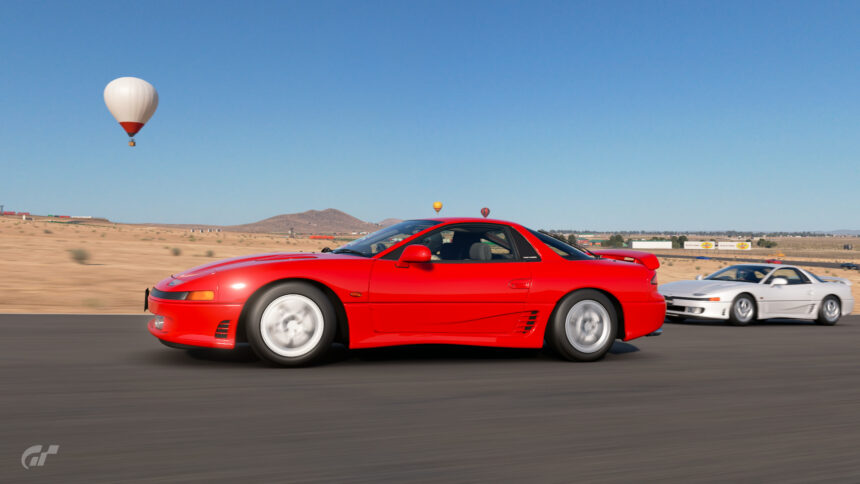 Race A takes you to California, for a four-lap race of the high-speed Willow Springs Big Willow circuit. Your steed for this week is a classic piece of 1990s Japanese machinery, but not one of the cars people often think of from this era. It’s Mitsubishi’s GTO, a car arguably too clever for its own good. The “276hp” GTO originally came with four-wheel drive, four-wheel steering, active suspension, and active aerodynamics, which all meant a lot of extra weight.

You won’t be fighting with the bulk too much this week, as Race A’s BOP sets the GTO at 85% weight, along with a 5% power hike. Nonetheless, all you’ll need to do is pick a color from the provided list, and get out racing.

The other two races can be considered as FIA practice events. Race C keeps you on the American continent but heads much, much further south to Sao Paulo and the Interlagos circuit. There’s no mandatory tire concerns this week, and the tire and fuel multipliers are small enough that strategy is unlikely to play a role either, so pick up your favorite Gr.3 and go racing.

Race B heads to Europe. You’ll be taking on Austria’s Red Bull Ring, in a five-lap race with your choice of Gr.4 car. Again, there’s no complexity here, so get your preferred Gr.4 (or RCZ if you want to win) and go as fast as you can.

These three races will run through to Monday, May 18, when another new set of three will replace them. 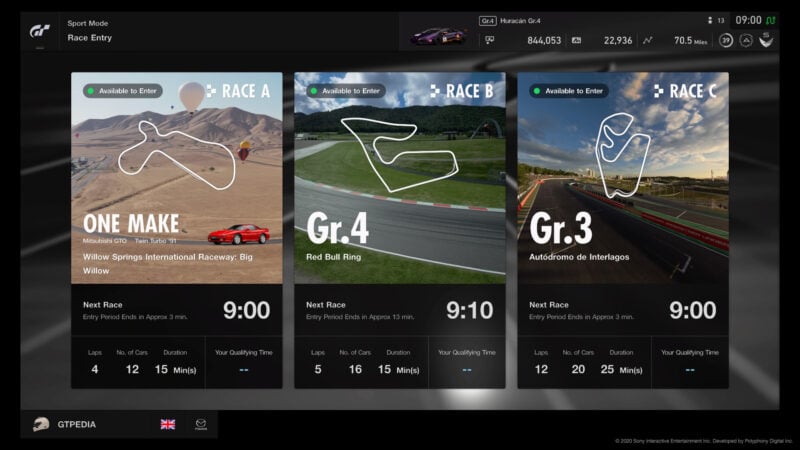