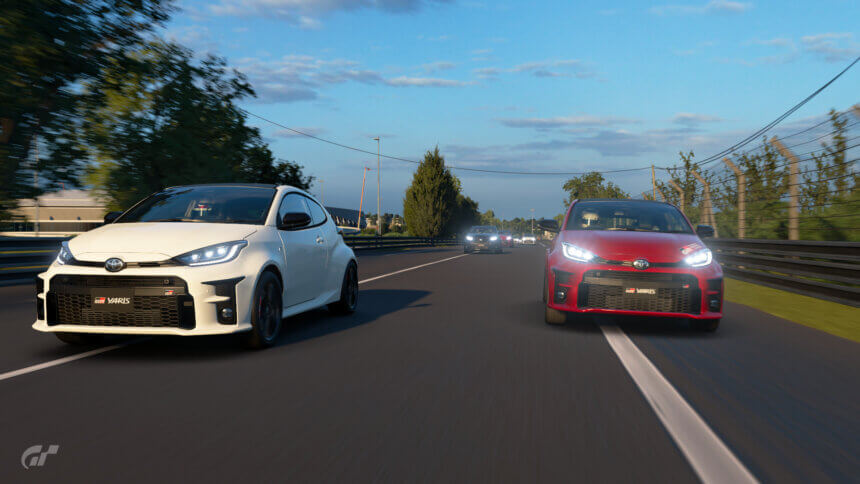 GT Sport players booting up their games today will find a new set of Daily Races to get to grips with over the next week, and it’s a bit of a curious set.

Probably the most straightforward this week is, unusually, Race C. This is the spot for the longer, endurance-style race, which commonly features some tricky car choices and potential pit strategy implications, but this week it’s less of a brain-teaser.

The race is a classic bit of Gran Turismo, with players heading to the Fuji Speedway in Japan with their choice of Super GT machinery. There’s only six such cars in the game, in the Gr.2 category, and the three 2016 models are usually the faster by a decent margin. With Racing Medium tires and only 5x tire wear, it should be a straight up, 13-lap scrap.

Race B has a slightly curious aspect to it. There’s some normality in that you’ll be picking from the huge range of Gr.3 race cars in the game, and you’ll be driving four laps on one of the Tokyo Expressway city circuits, but the track itself is unusual.

This week’s circuit is the Inner Loop of the East course — effectively the reverse-direction version — and it’s not all that common to see. You’re essentially running up the opposite side of the highway, and although some of the corners are identical, it’s likely players will be a little out of practice on this layout.

Meanwhile Race A takes you to Le Mans and puts you into a Toyota. While you might expect that to be the brand’s triple race-winning TS050 LMP1-H, it’s actually something a good deal slower. It’s not the Supra either, but the new GR Yaris.

This is Toyota’s rally homologation special, with a custom body and unique chassis specifically intended to allow Toyota to use it as the base for its World Rally Championship car. It’s something very well-suited to compact and twisty circuits, so we’re not sure if the huge, open Circuit de la Sarthe will show off its talents — but you only have one lap to find out.

These three races will run through to Monday, December 21, when another new set of three will replace them. 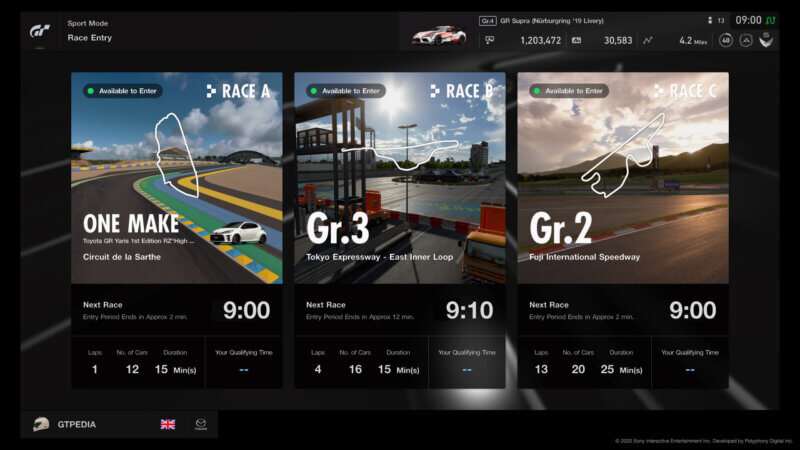 Daily Races
651 Comments Discuss this post in our forums...
Test Your Badge Knowledge With Our Car Logo Quiz

Gran Turismo Sport 651 Jan 25 by Andrew Evans
This week’s new set of GT Sport Daily Races will take players to three race tracks around the world, all linked by a history of wine-making. You’ll be taking in…

Gran Turismo Sport 651 Jan 18 by Andrew Evans
There’s a new set of GT Sport Daily Races this week, to tide us all over while we’re waiting for the next FIA season to start. The options are relatively…

Gran Turismo Sport 651 Jan 11 by Andrew Evans
GT Sport fans have a new set of Daily Races to occupy them over the next seven days, with a couple of old favorites and combinations we’ve not seen in…

Gran Turismo Sport 651 Dec 28, 2020 by Andrew Evans
The last set of GT Sport Daily Races for this year is heading to the real world, and taking players to some of the game’s destinations around the globe. Race…