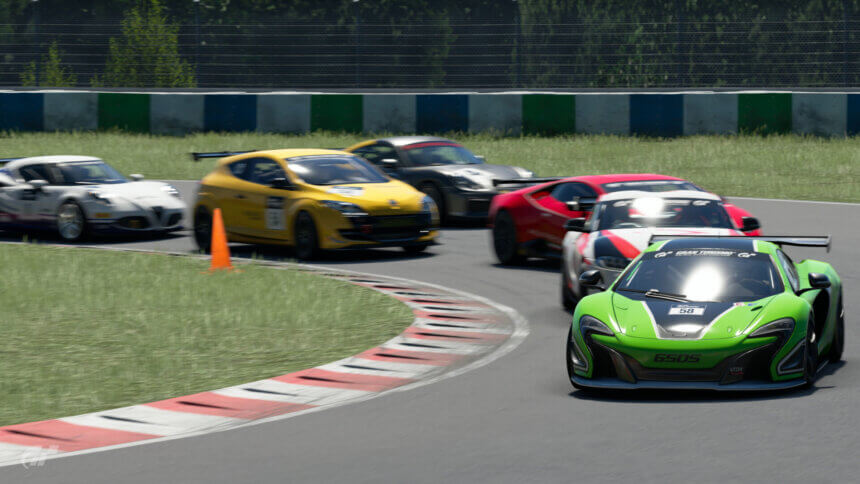 As usual, Monday marks a new set of GT Sport Daily Races for players to rack up some vital Driver Rating points for their FIA GT Online Championship exploits, and this week’s selection takes us to some variations from the norm.

That starts in Race A, which will see players going to the famous Suzuka Circuit, but if you’re looking forward to taking on 130R and the Degner Curves, you’re up for disappointment. In fact the race takes place on the East Course layout of Suzuka, which effectively consists of the main straight, the first turn, and the S-Curve section before turning back on itself.

It’s a short circuit with not a great deal of overtaking spots, so you’ll need to be patient to set up any passes. You’ll only have seven laps to make up places, and you’ll be able to choose your car from two provided vehicles: the Subaru BRZ, and the Toyota 86 GT. Watch out for the tire choice too, which is back to sports hards this week, after a few weeks of sports mediums on these N-class road cars.

Race B is something of a staple of the game, going right back to the pre-release Beta version. It takes you to the Dragon Trail Seaside circuit, and puts you into your choice of Gr.3 race car, but it’s not quite that straightforward. In fact it’s entirely backward, as you’ll be driving four laps of the reverse circuit layout. That somewhat changes the infamous Chicane of Death to merely the Chicane of Pain, but the hairpin corner that follows it consists entirely of incorrect lines, which should make for some colorful post-race chat.

This week’s final race will put you on what would have been the third circuit in Japan’ to host F1 (an honor which fell to Aida, later Okayama, shortly afterwards). Although the track never hosted F1, it was built to do so and nearly made the 1993 calendar, but the deal fell through and F1 went to Donington Park instead.

It could be an intriguing race this week, as you’ll be in Gr.4 race cars. This road car-based class has a wide variety of drivetrain types, and was most firmly on the receiving end of a BOP update earlier in the year. Combined with the new pit stop timings from update 1.63 in Autopolis’s already awkward pits, a relatively high tire wear rate of 6x normal speed, and the requirement to use both medium and soft compounds of race tire, it’s tough to say what the strongest tactics or vehicle choice will be.

These three races will run through to Monday, March 15, when another new set of three will replace them. 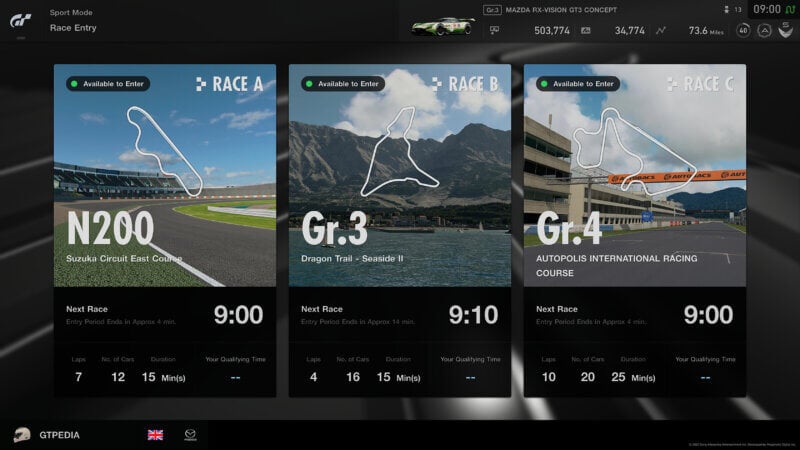 Daily Races
742 Comments Discuss this post in our forums...
Test Your Badge Knowledge With Our Car Logo Quiz

Gran Turismo Series 42 Apr 15 by Andrew Evans
Polyphony Digital studio founder Kazunori Yamauchi has revealed that he’s planning to continue working on the Gran Turismo game series into the future, and beyond next year’s Gran Turismo 7.…

Gran Turismo Sport 3870 Apr 14 by Andrew Evans
With a week to go until the racing action gets underway, Polyphony Digital has announced the full schedule for the first round of this season’s FIA Gran Turismo Online Championship.…

Gran Turismo Series 48 Apr 12 by Andrew Evans
As players are waiting for some good news around PlayStation 5’s Gran Turismo 7, a development over the weekend could mean that Gran Turismo will also head to the world…

Gran Turismo Sport 742 Apr 12 by Andrew Evans
A new week means a new set of GT Sport Daily Races to get to grips with, and this week’s trio of events brings a mixture of pace to satisfy…