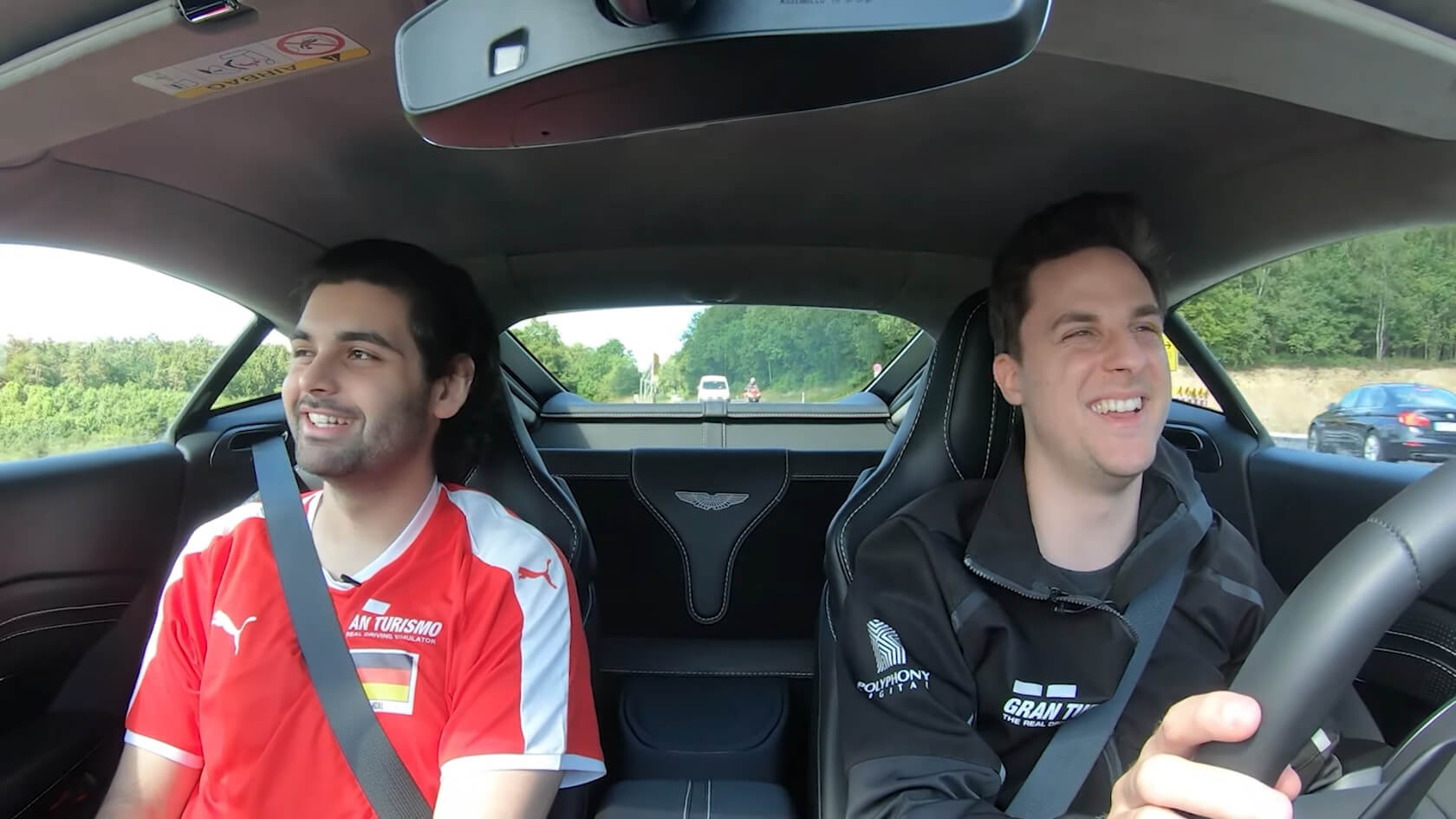 Although the GT Sport World Tour events are usually pretty packed when it comes to the schedule, there’s always a little downtime. In a little lull in the racing action, Mikail Hizal — the European Champion from 2018 — had some time to go out on a tour of the local area.

With voice of GT Sport Tom Brooks at the wheel of an Aston Martin Vantage, the little road trip turned into a carpool-style tete-a-tete, giving us a little insight into what makes Hizal tick.

A German national, Hizal revealed more about his Turkish ancestry; those who follow him on Twitter will know he considers himself both German and Turkish. Hizal is the fourth generation of his family to live in Germany, as he explains that his great-grandparents moved over as part of the the country’s “Gastarbeiter” rebuilding program in the 1950s.

The interview also touches on the events of the Paris World Tour. There Hizal finished second behind Nicolas Rubilar, and seemed dejected on the podium (for which he apologizes in the video). He explains the mistake that cost him the win, and also the pressure he put on himself to qualify for the World Finals at the first attempt to ease the demands on his final year as a mechanical engineering student.

Brooks and Hizal cover their respective introductions to Gran Turismo — which turns out to be GT2 at a rather young six years of age — and the German’s well-known love of Subaru.

You can watch the whole video below: