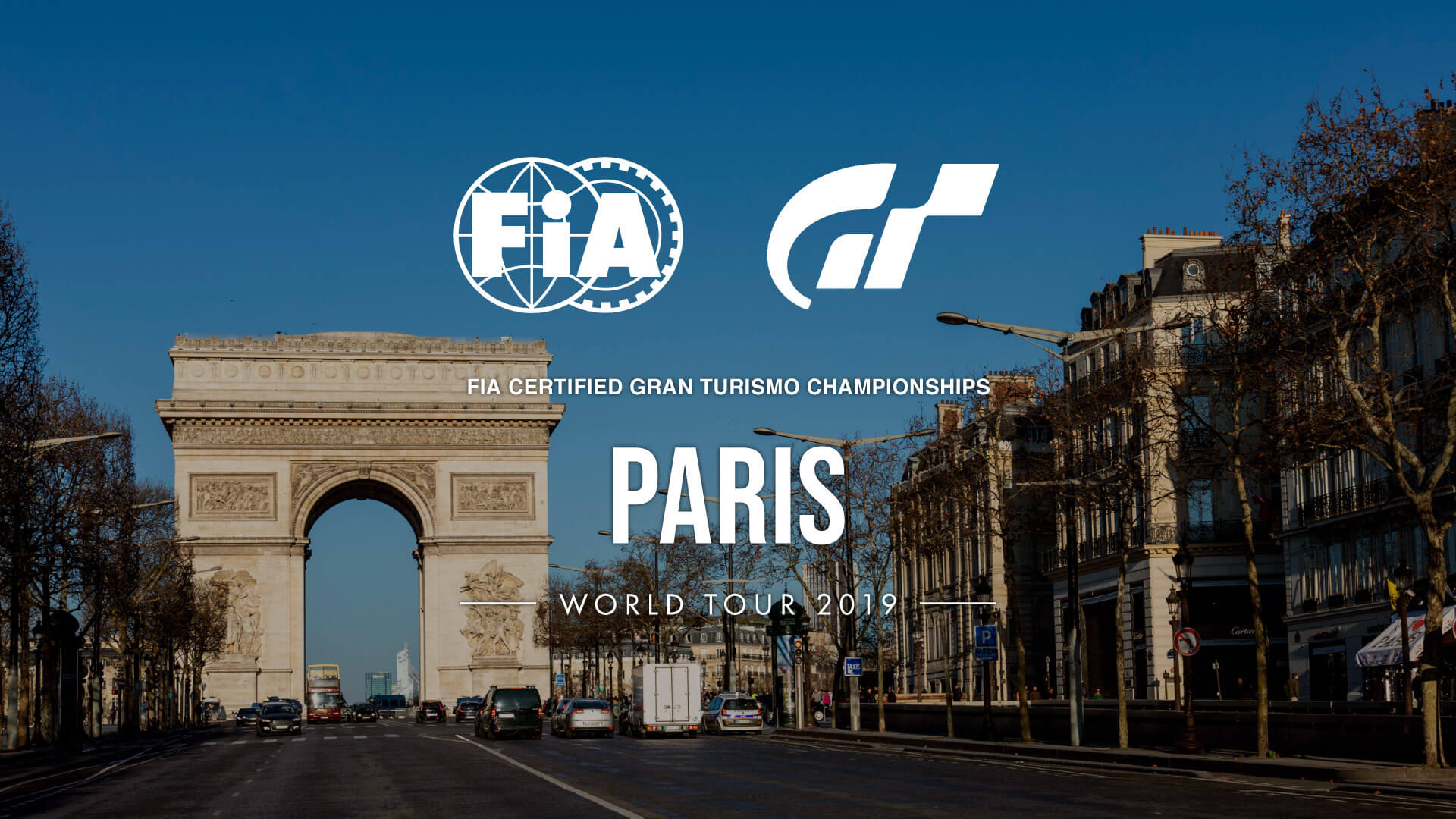 As we revealed last month, the 2019 FIA-Certified Gran Turismo Championships will get underway next week with a live event.

This showpiece event will take place in Paris, in the Gabriel Pavilion in the grounds of the Elysee Palace. It’s quite an appropriate venue, as it’s just 300 yards from the FIA’s headquarters along the Place de la Concorde. Attendees will include some of the very best drivers from last year’s World Final in Monaco and the Regional Finals.

Just like the previous live events, Paris will see drivers competing for both a Nations Cup and a Manufacturer Series crown. Polyphony Digital has also used these events to reveal new GT Sport content before too. While March is already a pretty rich vein of content, including the Autopolis circuit on March 5 and Super Formula cars reportedly coming on March 28, there’s a chance we may see more during the weekend’s action.

However, it’s not just a glitzy event for the best drivers in GT Sport. It will mark the flag dropping for the 2019 season, and Polyphony Digital will exclusively reveal the plans for the structure, format and timings for the next nine months.

“Last year, the FIA-certified Gran Turismo Championships proved that the combination of Gran Turismo’s realistic simulation, and exceptional skills of the drivers is a recipe for a world class event and the FIA is delighted to be supporting Yamauchi-san and the team once again. We genuinely believe this event can help shift gears and perceptions of online racing, and act as a turning point in the future of motorsport.”

“I am thrilled to be bringing back the FIA-certified Gran Turismo Championships. It is great to celebrate and connect all the wonderful, and incredibly skilled GT competitors from across the world, and what better way to do so.

“Last year was a great success and culminated in a nail-biting final in Monaco which crowned Igor Fraga (IOF_RACING17), Nations Cup Champion, whilst Lexus was driven to victory in the Manufacturer Series by Tyrell Meadows (GT_Academy2013), Vincent Rigaud (Oscaro_SkyPikmin) and Kanata Kawakami (Kawakana222). I am excited to see what this season has in store!”

GTPlanet will be in Paris for the duration of the event, so stay tuned for even more!

Andrew Evans · Mar 6, 2019· Comments
Michelin, official Tire Supplier and Technical Partner of Gran Turismo, is staging a special online competition for players in south-east Asia and Oceania, with an all-expenses paid experience at Yas Marina, Abu Dhabi, for the winner.

Andrew Evans · Mar 6, 2019· Comments
A new set of Gran Turismo Sport Daily Races is now available, with the unannounced change to a four-weekly cycle now seemingly the standard from this point forward.

Andrew Evans · Mar 6, 2019· Comments
Following on four weeks from the last set, a new set of Daily Races is now available in Gran Turismo Sport as players get used to the new scheduling for the 2017 title.

Andrew Evans · Mar 6, 2019· Comments
For the first time in nearly a month, there’s a new set of Daily Races in Gran Turismo Sport for players to enjoy for the foreseeable future.

Andrew Evans · Mar 6, 2019· Comments
It’s the inevitable fate of any game that, once it is succeeded, it will eventually wither away as support is withdrawn. While this process usually takes months at a minimum, GT Sport seems as if it could be sidelined in record time.

Andrew Evans · Mar 6, 2019· Comments
Despite being superseded by Gran Turismo 7, GT Sport’s Daily Races seem to be continuing on their weekly cycle — for the time being at least.

Andrew Evans · Mar 6, 2019· Comments
Although Gran Turismo 7 is now out, GT Sport shows no signs of slowing down any time soon, with a new set of Daily Races now available to players.

Andrew Evans · Mar 6, 2019· Comments
Gran Turismo Sport will finally be superceded by Gran Turismo 7 this week, but there’s still plenty to be getting on with in the current title — starting with a new set of Daily Races.