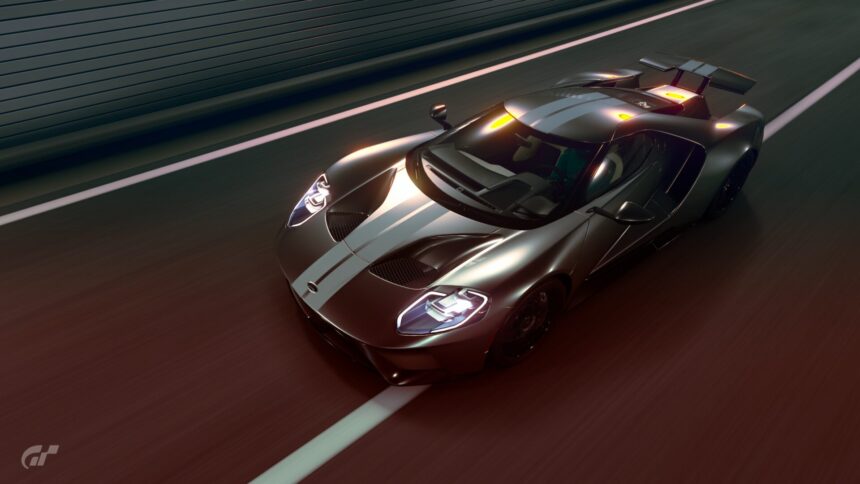 It’s a new week, new month, new year, and new decade, and the first GT Sport Time Trials of the 2020s bring a classic GT feel with a brand new vibe. Both tracks are part of the game’s post-launch update content, as is the car you’ll use in at least one of the events.

The first time trial takes you to the Tokyo Expressway South circuit. Here you’ll take on the Inner Loop — that’s the one without the triple-right hander in the container area — with the brand new Ford GT. It’s a relatively straightforward trial, with fixed settings and tires, although the Sports Soft options should provide plenty of grip. Unusually you get to play with the power and weight settings of the GT, with up to 646hp available and a minimum weight of 1385kg.

California hosts the second time trial, with the new-but-old Laguna Seca circuit. Now called WeatherTech Raceway Laguna Seca, the track has been part of Gran Turismo since GT2 back in 1999. That means its recent addition in GT Sport makes it the only track in the history of the series to be in games across three decades. You can pick any Gr.4 race car of your choice to take on this time trial, and you have free rein on settings — though BOP is turned on.

Time Trial mode is a global competition, ranking your best time against all players worldwide, not just those in your region as with other Sport Mode events. These two time trials will run through to January 16, when two further events will replace them. 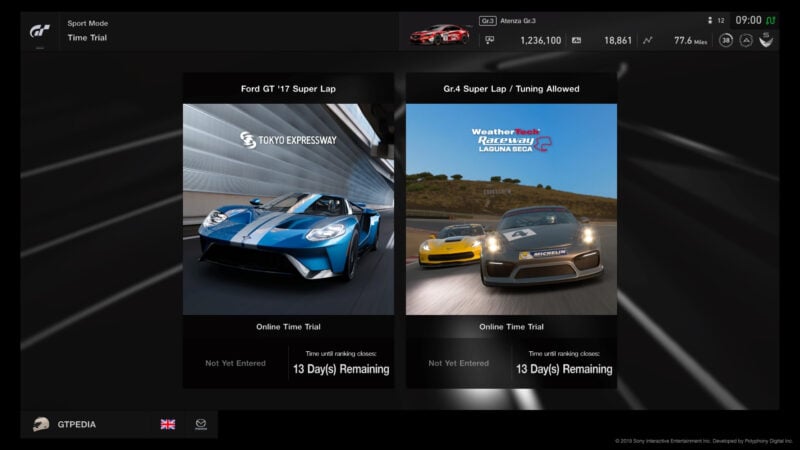 Esports 10 May 25 by Andrew Evans
One of the fastest closed-cockpit racing categories in the world, Super GT, has announced it will hold a special online event for its pro drivers, using Gran Turismo Sport. Like…

Gran Turismo Sport 115 May 22 by Andrew Evans
The latest game update for Gran Turismo Sport has arrived, bringing a brand-new car to the game. Mazda’s RX-Vision GT3 Concept is something of an unusual beast. It’s based on…

Gran Turismo Sport 248 May 21 by Andrew Evans
If you’ve got to go fast, this fortnight’s GT Sport Time Trials will be right up your street. Both events feature some of the quickest machines in the game, and…