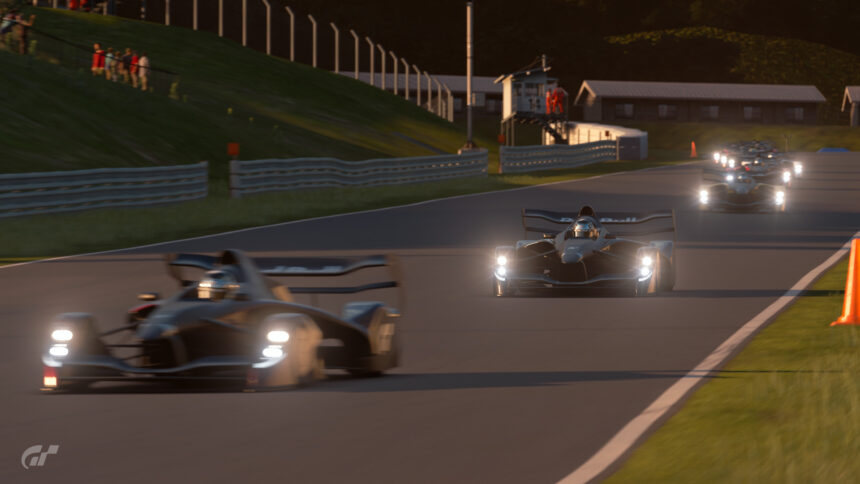 There’s another unusual vehicle mix in this new GT Sport Time Trials for the next two weeks, although thankfully a little less pricey than the previous set.

The fixed settings event has you driving one of the Red Bull X series vehicles. These are cars which derive from the original X1 — later called the X2010 — which Red Bull aerodynamicist Adrian Newey designed for Gran Turismo 5. On this occasion it’s the ‘Junior’ model of the X2014.

Coming with a naturally aspirated, two-liter four-pot, the X2014 Junior isn’t a power monster like its siblings, rather an entry level model to the X series. However, at just over 1,200lb (550kg), the 246hp X2014 is plenty quick enough. You’ll be driving it as fast as possible around the full Autopolis circuit — a track originally designed to host F1, but which never featured on the calendar.

If you prefer to tinker with vehicle settings, the second time trial will appeal more. This will see you take charge of a Nissan 180SX — a car known by many names, depending on the territory in which Nissan sold it — which was a favorite of tuners and drifters back in the day.

That said, you’ll likely want to avoid too much drifting, as you’re taking it to Laguna Seca. The near-enough 60-foot (18m) drop through the famous Corkscrew chicane is enough on its own, without sliding through it too. Other than that, tune the car how you wish — though it’s unlikely you’ll reach the game’s stated power and weight limits, which seem to be glitched remnants of the previous Time Trials.

GT Sport‘s Time Trial mode is a global competition, ranking your best time against all players worldwide, rather than just those in your region as with other Sport Mode events. These two time trials will run through to April 23, when two further events will replace them. 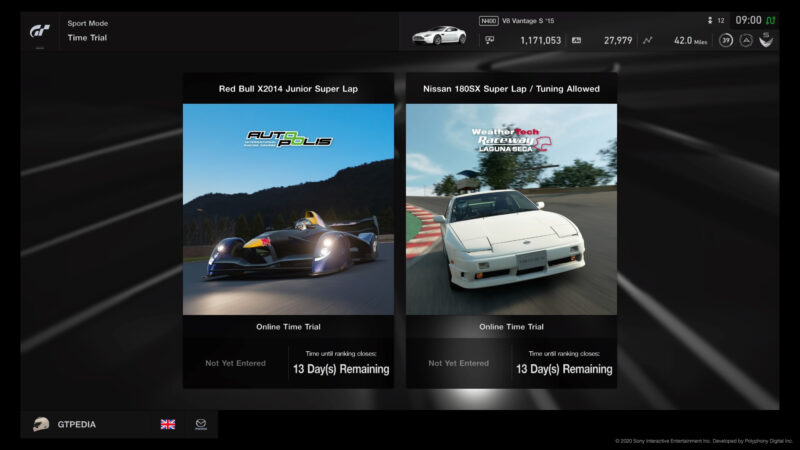 Gran Turismo Sport 34 May 26 by Andrew Evans
Back when Gran Turismo Sport launched in October 2017, it faced two main criticisms. The first was that no true offline mode existed, while reviews also pointed to the relatively…

Gran Turismo Sport 459 May 25 by Andrew Evans
It’s another new week, and that means a new set of three GT Sport Daily Races. There’s a little something familiar for players this week, but also something a lot…