After 12 months of development we are proud to announce GTPlanet’s third officially sanctioned GT6 Racing Series, the GTPlanet Endurance Series.

During this development period we have established a new form of online racing dubbed Network Endurance Racing. This new system allows drivers from all over the world to compete together in the same car by conducting virtual driver changes whilst in the pits.

We have also built NERDS – Network Endurance Race Direction System. This custom Timing & Scoring software allows us to provide regular detailed classification and statistics during the race itself, whilst also connecting to our live broadcast graphics.

The 2015 season will be comprised of 12 events, roughly one per month. Each event will either be 6, 12 ,or 24 hours in duration. Most are inspired by major endurance races on the motorsport calendar. We have tried to schedule them as close to their counterparts as reasonably possible, as holding three 24 hours races back to back to back, would have been a strain!

We will endeavour to bring you broadcast coverage of each Event of the Series live on You Tube.

7 classes of car will be eligible to take part in the series, and each event will have its own mix of up to 3 classes in competition. Teams therefore do not have to attend each event, however if they so wish there may be an opportunity to do so by entering in multiple classes, for example LM P1 & GT3.

As we expect demand for grid space will exceed the limit of 12 (plus a Race Director, Steward, Broadcaster, and Commentator), we will be employing a franchise model, to reduce the stress to competitors of a first come first serve system, and to ensure the quality of the field.

The number of franchises awarded for a particular class may exceed the number of grid spaces allocated for that class, and therefore only the fastest teams will qualify for the race itself. We will work with franchise applicants to place them in the most suitable class for their level of skill and experience.

Once a team is awarded a franchise for a particular car in a particular class, it is theirs for the entire season and their responsibility to field the required number of drivers at each class eligible event.

Each Class will have two championships to contest, one for teams, and one for drivers.

At the end of the Season the 7 Team’s Champions (along with 5 wild cards) will be invited to the GTP Grand Prix, a 4 hour kart race where a Champion of Champions will be crowned.

All classes have the opportunity to score up to 100 points over the course of the season, however, the quantity of points available at each round my differ, depending on duration and class.

How to Get Involved

There are two way to get involved as a Competitor, either as a Team Manager fielding a Car, or as a Driver racing for a Team:

As an Event Official

Gran Turismo Sport 3812 Jul 1 by Andrew Evans
The second stage of the official Gran Turismo Sport 2020 FIA Online Championship comes to a close this weekend. That means we’re only a few days away from the third…

Gran Turismo Sport 443 Jun 22 by Andrew Evans
Three more Daily Races have arrived to mark the new week in GT Sport, and the line-up is a pretty unusual one. Of the three, it’s Race B that provides… 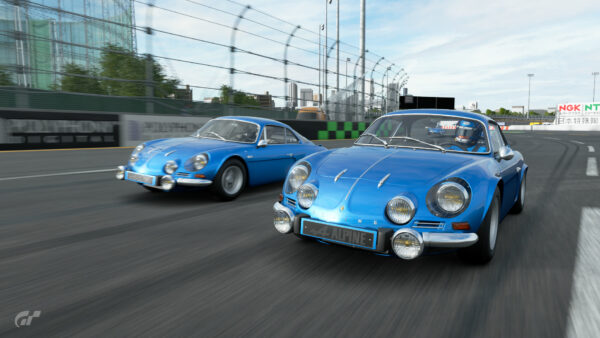 Gran Turismo Sport 241 Jun 18 by Andrew Evans
There’s a rather unusual mix of events in this fortnight’s GT Sport Time Trials, and you’re going to need a slightly different set of skills than normal. First on the…