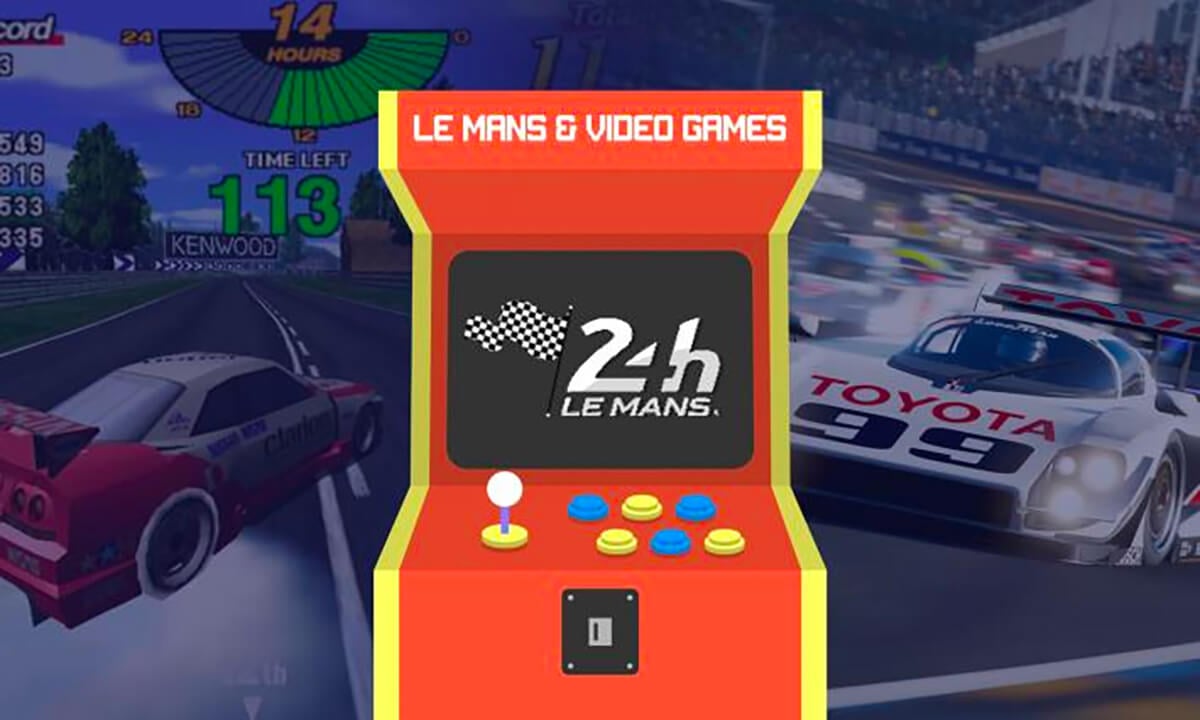 Last year, we took a look at the history of Le Mans in racing games. Now the official 24 Hours of Le Mans Twitter account is doing the same thing.

It kicks off with a short clip of where Le Mans and gaming started. All the way back in 1976, Atari released the black and white racer called, well, LeMans. As you can imagine, it’s pretty simplistic and the only real connection between the two is the name. But for the time, it was no doubt a big step forward for racing games.

Several years later in 1982, another entry called LeMans landed on the Commodore system. This time around it featured color, and more impressively, a day-night cycle of sorts.

A few years later in 1986, Konami released its video game version of the famous race. Sporting the name WEC LeMans, it moved from the top down view to a chase cam. It also used a unique arcade cabinet as well to enhance the experience.

From then on, several other Le Mans games found their way into the market. Perhaps one of the biggest of the ’90s was Le Mans 24 Hours — or for US audiences, Test Drive: Le Mans. Developed by Eutechnyx, it’s probably the first Le Mans game experience many of us had.

In 2004, Circuit de la Sarthe then joined a little game that we know as Gran Turismo 4. It continues to be a part of the GT series from then on, even joining today’s GT Sport last year.

Finally, the short video shows off Forza Motorsport 7’s La Sarthe track. While the track first found its way into the series back in 2009 with Forza Motorsport 3, FM7 is one of the most important Le Mans games.

If you want to check out the clip for yourself, you can do so below. Also, be sure to tune into the 24 Hours of Le Mans on June 18-19.

Like the auto industry, the 24 Hours of Le Mans has grown with the technological evolution of video games. From the arcades of the 1970s to Esport, here is a look at the virtual history of the endurance classic.@LeMansEsports #WEC #LeMans24 pic.twitter.com/w4F4H9WpIk

Andrew Evans · May 19, 2019· Comments
The latest Forza Horizon streams have revealed what players will be getting up to over the next couple of months, with the new Series themes, activities, and rewards for Series 15 and Series 16.

Gary Slater · May 19, 2019· Comments
As 2022 begins to enter the closing stages, Forza Horizon 4 welcomes December with an apt Winter season. With festive plans beginning to take shape, players are continuing to hunt down the latest events.

Andrew Evans · May 19, 2019· Comments
The final set of Forza Horizon 5 seasonal playlist challenges for the current Series is available from today, with seven more days to get through the donut-based activities.

Andrew Evans · May 19, 2019· Comments
The latest seasonal preview for Forza Horizon 5 will stream later today, Thursday December 1, revealing what new content, challenge, accolades, events, and world changes are coming up for players over the next couple of month.

Andrew Evans · May 19, 2019· Comments
Gran Turismo 7’s latest set of Daily Races is now available, with new events for the next week including the second rotation of special World Finals events.

Andrew Evans · May 19, 2019· Comments
GTPlanet had the opportunity to sit down with Gran Turismo series creator Kazunori Yamauchi as part of a round-table interview during the recent GT World Series Finals in Monaco.

Andrew Evans · May 19, 2019· Comments
One of the bigger stories surrounding Gran Turismo in 2022 is production finally beginning on the long-awaited movie of the same name.

Andrew Evans · May 19, 2019· Comments
As the curtain drops on another exciting season of the Gran Turismo World Series, Polyphony Digital is already looking forward to a bigger and better 2023.