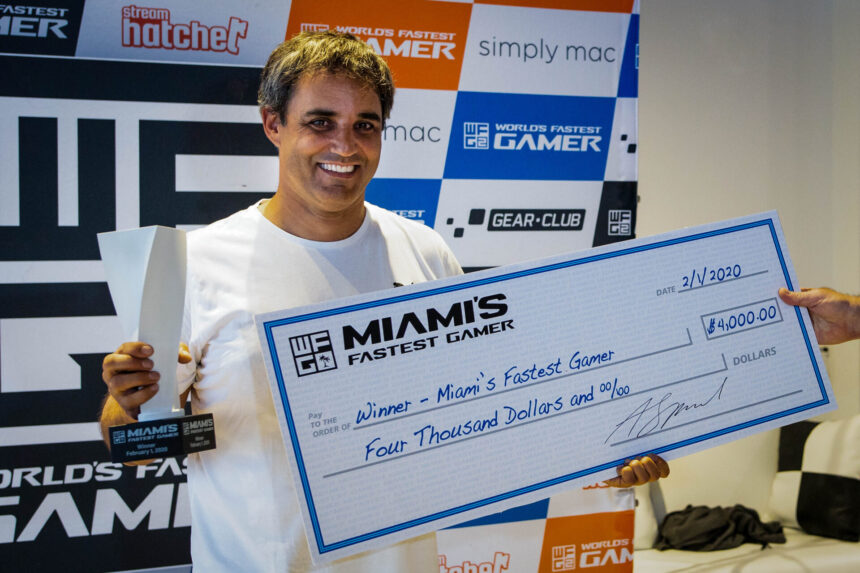 In a freak bout of Opposites Day, ex-F1 driver and double Indy 500 champion Juan Pablo Montoya can now lay claim to being the fastest gamer in the world.

The Colombian, who’s also won the Monaco Grand Prix twice, was taking part in an event called Miami’s Fastest Gamer. Staged by the team behind the World’s Fastest Gamer competition, the action in Miami was essentially put on to publicize a new esports venue in the city. The Miami Esports Arena, also known as the Allinsports Arena, will open next year in the Wynwood area of Miami as a permanent esports event space.

Montoya, a World’s Fastest Gamer judge, came out on top during the races which involved a slew of stars from both physical and virtual motorsports — along with some names for the future. Reigning World’s Fastest Gamer James Baldwin was in the field too, along with season one winner Rudy van Buren. For the final, 10-lap race, Montoya lined up behind DTM driver Ed Jones and IndyCar and NASCAR Xfinity driver James Davison. 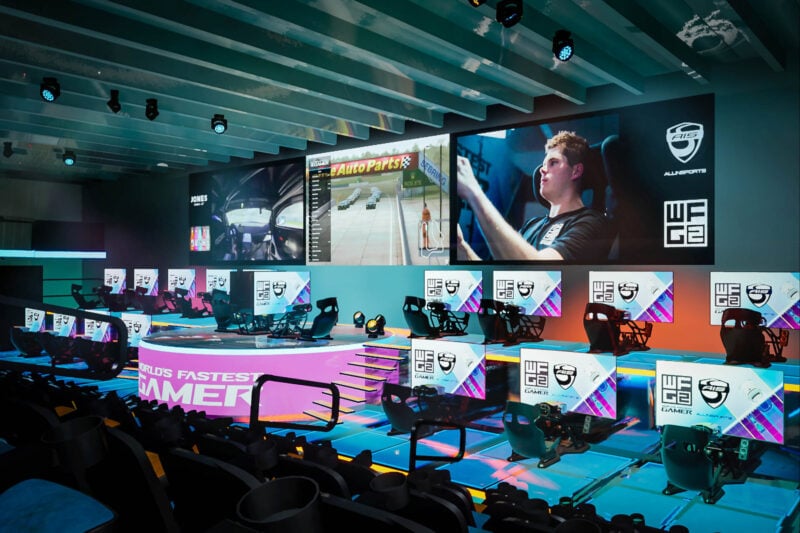 The win surprised Montoya himself, who didn’t think he had enough pace to match the fastest drivers — as his performance at the GT Sport World Tour New York proved last year!

Indeed the ‘real’ race drivers upset the virtual form book somewhat, with a trio of racers coming home ahead of Baldwin. Jones finished second, with Eduardo Barrichello — son of Rubens Barrichello — coming home third. Montoya’s own son Sebastian was also in the 24-man field, as were Enzo and Pietro Fittipaldi.

However, Montoya won’t be able to keep bragging rights for long. The company behind the Miami Esports Arena, Torque Esports, is looking to stage regular events ahead of the venue’s grand opening in 2021. It’s also plotting to expand beyond that, with the Miami site a mere pilot for a global group of esports centers allowing for both on-site competition and online racing between racers at each venue.