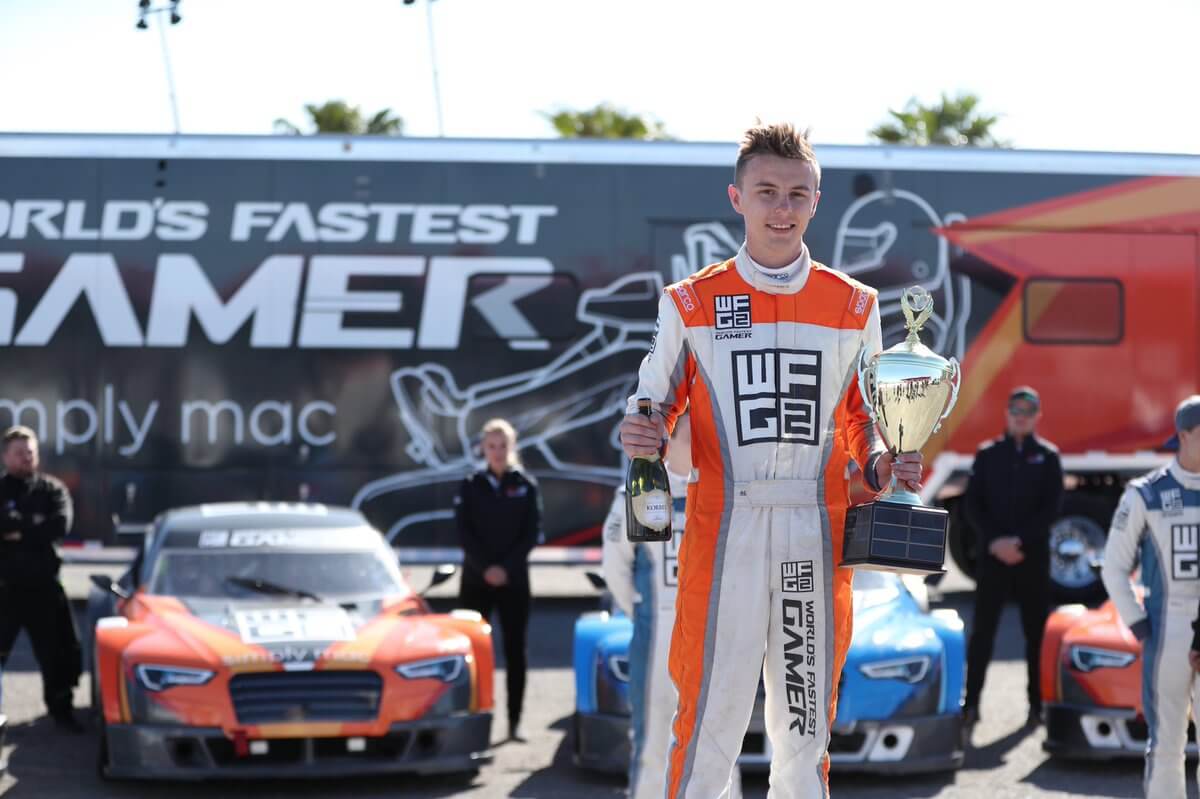 After almost a fortnight of hard-fought competition, British gamer James Baldwin has taken the crown of World’s Fastest Gamer.

Baldwin came through the ten-man final to win, and earn a race contract with Swiss race team R-Motorsport worth $1m. Although the Briton’s victory came from his performances across the whole competition, the fact he dominated the final race at Las Vegas Motor Speedway was certainly a factor.

Over the course of 12 days, the team of judges had whittled the field down from ten to four after a series of challenges. These included sim-racing challenges in Los Angeles and San Francisco’s Treasure Island, a number of racing challenges at tracks and dirt tracks across California, and a physical fitness test at Carmel Beach. 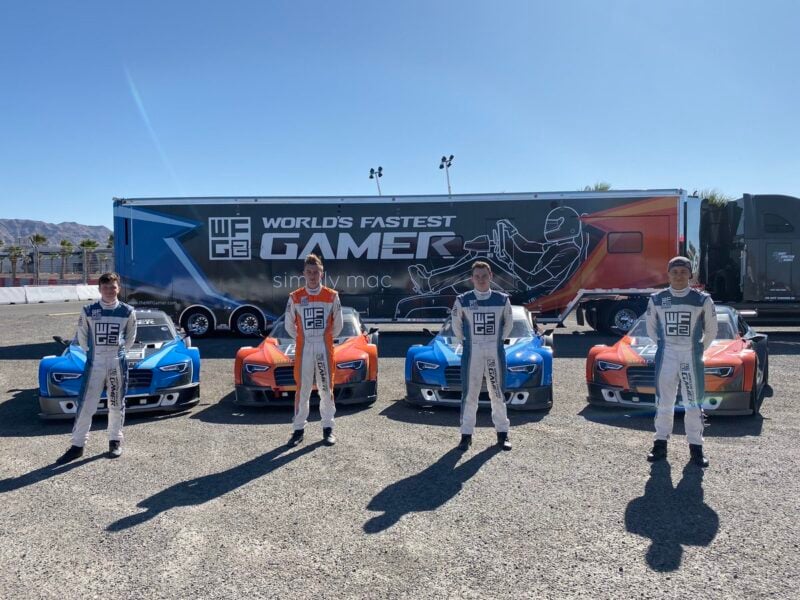 The pressure isn’t off for Baldwin though. He’s now set to take part in an intensive driver development program to get him ready for the world of endurance racing in 2020. As part of the R-Motorsport outfit, he’ll be racing the GT3 Aston Martin Vantage in 24-hour races at Daytona and Spa-Francorchamps, along with other races at famous race tracks around the world including Le Mans and the Nurburgring. The first race is just two months away.

Speaking of his victory, Baldwin commented:

“It feels surreal to be the World’s Fastest Gamer. I don’t believe it yet, and I won’t believe it for a few days. My whole career, my whole life almost have revolved around racing. This makes it all worth it.

“The last 12 days have been an absolute pressure cooker. But, that’s the point of it, to train you to be a racing driver. It’s also been amazing even off track because I was able to meet some amazing people, the other competitors of course, and the production team and everyone involved in World’s Fastest Gamer, plus meeting my hero, Juan Pablo Montoya, it’s just been a dream come true.”

“One of the things that really drove me, personally, to decide on James is that he was just a little more complete. Whenever James got out of the car, when things weren’t perfect—like today with the one lap shootout where he made a mistake and ended up second—he owned up to his mistakes, but was still confident in himself.

“Today, he made a mistake in qualifying, but thought his race pace would be better than the competitors. It might sound cocky, but it’s important that he’s confident and believes in his ability. He’s grown a lot over the course of this competition. The big thing with him is that he really wanted to learn. He takes advantage of everything you tell him and applies it and that made a big difference.”

It has been quite a whirlwind for Baldwin over the last 12 months. In January he was taking part in the real Race of Champions after winning the eRace of Champions, and beat NASCAR driver Ruben Garcia Jr. head-to-head over a lap in an Ariel Atom. In the summer he was part of the Veloce Esports team that won the Le Mans Esports Series title in the 24-hour-long Super Finale.

We suspect that’s nothing compared to what the next 12 months will bring.