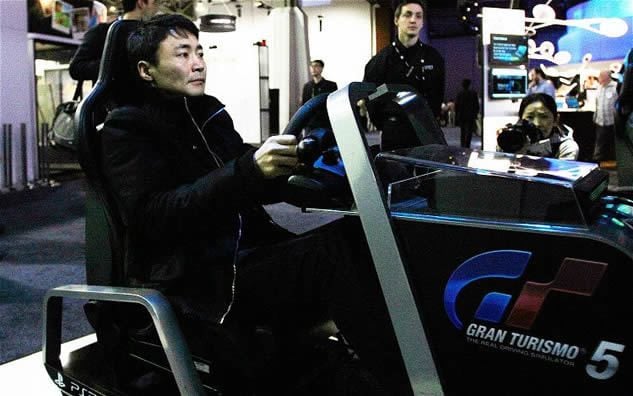 MotorTrend’s latest interview with Kazunori Yamauchi is, thankfully, a great read. By opening the floor to questions before their meeting, editor Nate Martinez was really able to hit all the high points – bravo! Here’s some of the most noteworthy quotes:

“With GT5, we’re striving to redefine the racing game that we started with GT1. The game as a whole is completely new. But online functionality has to be at the top. We’ve worked so hard on it and we’re hoping it’s a hit.”

When asked about skidmarks and in-game weather changes, Yamauchi downplayed them:

“I’m hoping our players won’t be caught up with minor details. If they pick at every little thing, nobody will be satisfied. It’s the overall evolution that will impress. Skidmarks should be of no concern. (He says with a laugh).”

And, finally, one of the most exciting quotes regarding this Friday’s Tokyo Auto Salon:

“Yes, my team and I will be there. We’re planning to have one of the biggest GT5 displays we’ve ever built. There will be more manufacturer agreements announced there as well. It’ll be a great show for us.”

It’s also interesting to note that Yamauchi reiterated the Japanese March 2010 release date (this interview was conducted last weekend), giving further indication of just how rapidly the recent news of the delay must have come about from Sony.