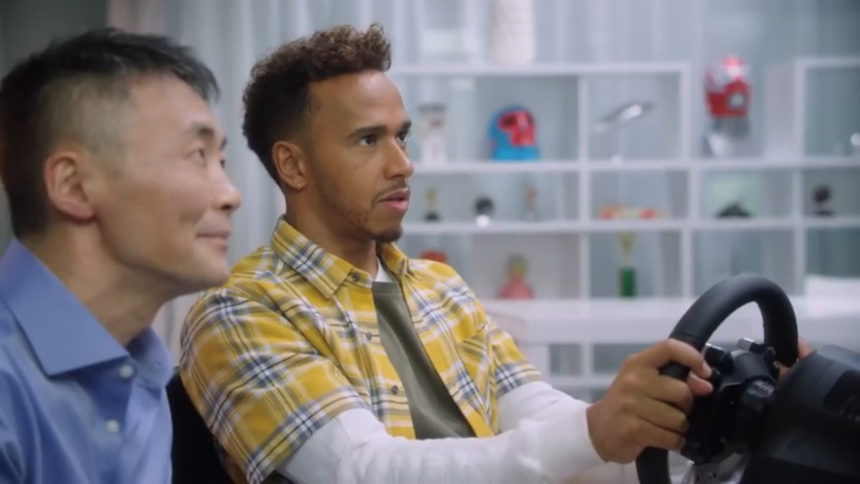 “Maestro of Gran Turismo Sport.” It’s an odd title for sure, but one Lewis Hamilton seems to have embraced. Polyphony Digital has just released a pair of videos of the four-time Formula 1 World Champion turning in a series of laps at the Nurburgring GP circuit, behind the wheel of a Mercedes-AMG GT GT3.

There are two films: a 12-minute long cut (linked below) of Hamilton’s fastest laps, including his corner-by-corner analysis of the famed course, and a 48-minute uncut version that covers the sessions from start-to-finish. Joining him is Kazunori Yamauchi, who spends just as much time offering brief commentary over the Mercedes driver’s performance as he does in sheer awe of Lewis’ smoothness behind the wheel.

Those specifically interested in improving their lap times around the south loop of the ‘Ring will want to pay special attention beginning at the 4:33 mark of the shorter video. Here, Hamilton explains how to keep yourself poised through some of the track’s trickier parts, like the tight left-right that closes the stadium section, and the deceptively challenging Dunlop Curve.

“On the entry, it looks like Lewis is overspeeding,” Yamauchi says as Hamilton attacks the iconic open hairpin, “but he brings the car to the inside.” The Gran Turismo producer, who himself is no stranger to the Nurburgring, is astonished at Hamilton’s ability to keep the car glued to the apex through the back half of the corner.

At 7:52, we see the world champion really put the hammer down. His first lap of this segment, a 1:58:042, is marred by a brief wayward jaunt before starting up the long back straight. In a clip of another run, he makes no mistakes and slashes that time down to a 1:56:854, handily beating his self-imposed target of 1:57.

Brand ambassador or not, Hamilton puts on a master class that all GT Sport players are sure to learn something from. Personally though, we’re more interested in how he can help us improve our times at the Nordschleife. Make it happen, guys!

The two videos, which dropped a day before the series’ 20th anniversary, accompanied the arrival of GT Sport’s long-awaited 1.10 update. The release includes 12 new cars, one new configuration of the Kyoto Driving Park, and enables the GT League single-player campaign. You can read more about it here.

Kazunori YamauchiLewis Hamilton
98 Comments Discuss this post in our forums...
Test Your Badge Knowledge With Our Car Logo Quiz