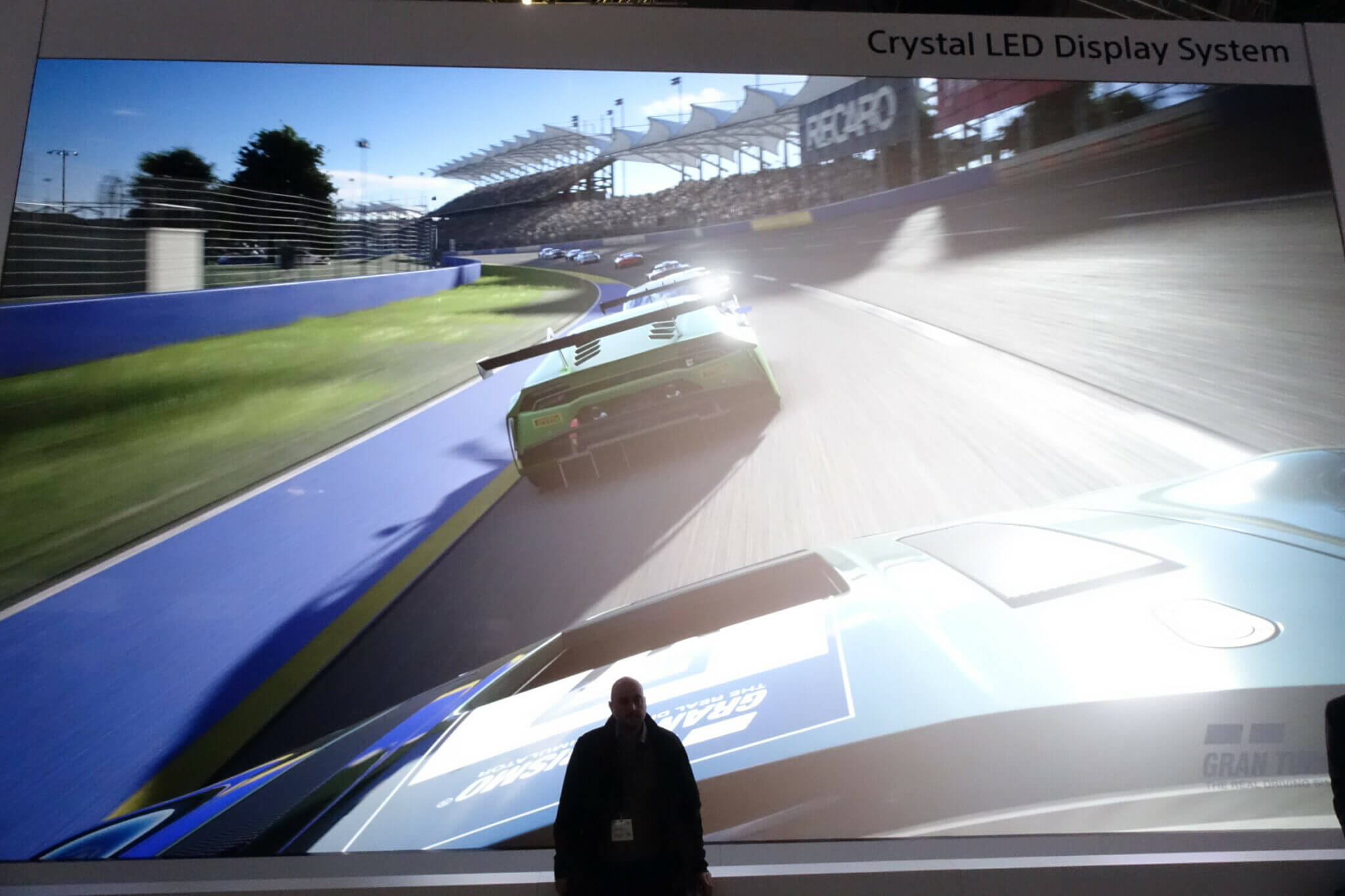 Over a year on from release, the consumer version of Gran Turismo Sport remains one of the best-looking games out there. But that’s not even its ultimate form.

We already saw what an up-rated 8K version of GT Sport looked like at CES 2019 last month. More recently, Sony showed off its Crystal LED screen — an enormous bit of tech measuring over 560 square feet — at the Integrated Systems Europe (ISE) show in the Netherlands, and GT Sport once again showed up to make the most of the display power.

The enormous screen uses Sony’s tileable ZRD-1 display system. Instead of traditional LEDs, the ZRD-1 utilizes much smaller elements, measuring half the width of a human hair. This allows for over 99% of the screen to be black, leading to exceptional contrast levels over 1,000,000:1. It also features a wide color gamut, brightness up to 1000 nits, and a nearly perfect 180-degree viewing angle. Oh yeah, and it’s capable of up to 120fps, meaning it’d technically be great for VR.

Needless to say, it’s not really the sort of setup you’ll be able to easily replicate in your house. But from a sheer eye-candy perspective? Just look at it in action — and wonder what must be going through that guy’s mind:

Don’t expect this sort of raw power straight from the source for a while, however. Sony uses algorithms to up-res GT Sport gameplay for these jaw-dropping displays. Even the next-generation PlayStation is very unlikely to have the horsepower to make true 8K a possibility.

You can read up on the display in greater detail at Xataka (in Spanish), which is also the source of the images.

Cheers to queleuleu for the tip!