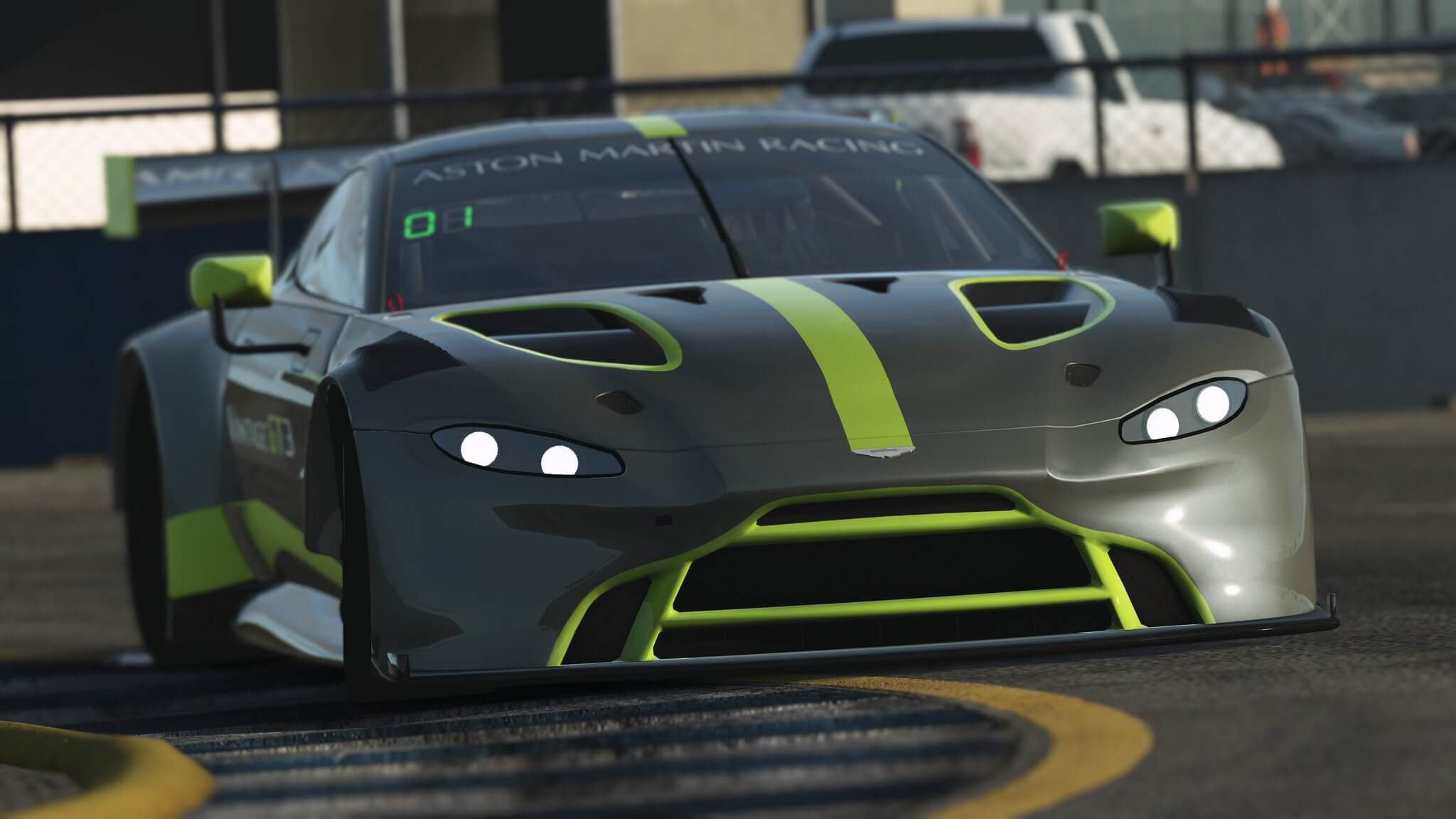 After a slight delay over the rest of its GT3 competitors, Aston Martin’s new-shape Vantage race car is now available in rFactor 2.

Developer Studio 397 had originally pencilled the Vantage in for release last month, alongside the GT3 Challengers car pack. Some last-minute approvals pushed it back, but players can now thrash it around any track of their choosing.

The second-generation Vantage race car ditches the old car’s homegrown V12 for a track-ready version of the road car’s twin-turbo Mercedes V8. In a strange twist, that actually makes it the engine’s first appearance in the tin-top class. Mercedes stuck with the SLS’ 6.2-liter atmospheric V8 for its current AMG GT3 competitor.

Just like the last car, the new Vantage wasted little time earning top results. It had its race debut in September 2018, and earned a podium by December.

Studio 397 is particularly proud of the Aston and the other cars in the pack. The team calls these the highest quality models available in the game, on account of new material shaders.

The rFactor 2 GT3 Challengers pack is currently available on Steam. While the Aston brings the count to five, Studio 397 promises an eventual lineup of 13 GT3 cars in the near future.