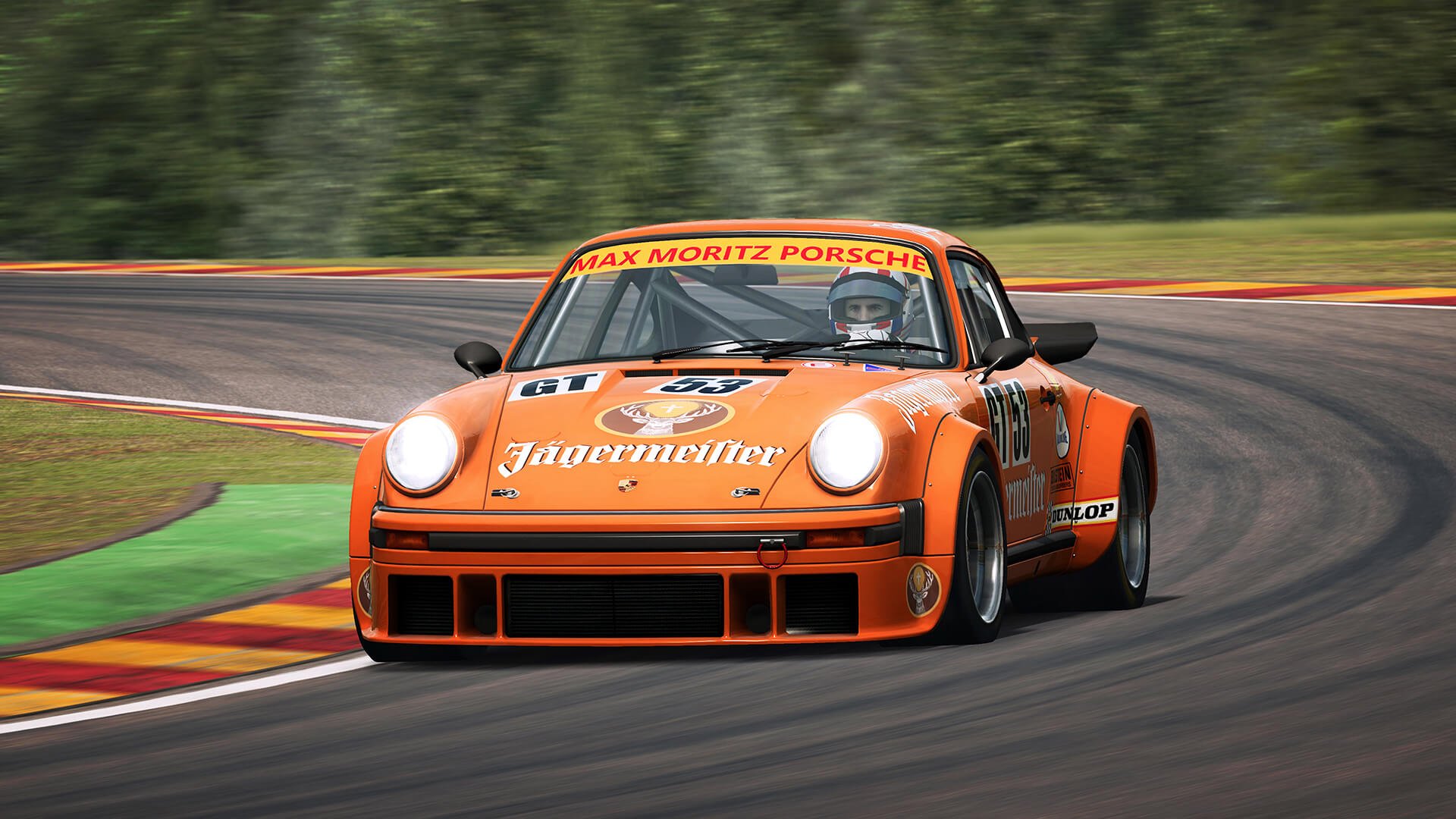 If you were under the impression RaceRoom Racing Experience didn’t have anything left in the tank — think again. As we draw closer to the end of the year, Sector3 Studios has one final parting gift for 2018 in the form of a new update.

Weighing in at 313.5 MB, the update introduces an all-new Porsche model: the 934 Turbo RSR. Even better, the RSR is the first of three new models from the Stuttgart brand coming to R3E this winter.

Last year began with three modern racing flagships from Stuttgart, and this time the Swedish studio is diving deeper. In fact, the studio teases that the three new Porsche models will be among the most iconic to ever leave the factory. While the remaining two are set to touch down early next year, let’s focus on the RSR for now. 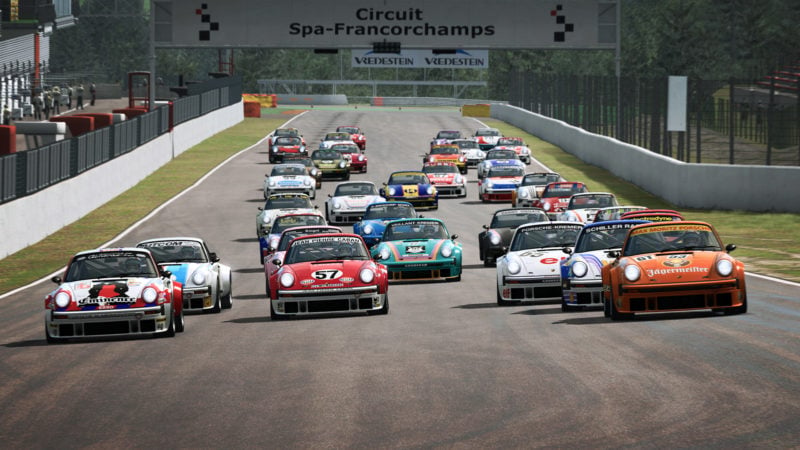 Introduced in the 1976 season, the 934 competed in the Group 4 series. With a turbocharged 3-liter flat-six making 480hp, don’t expect the RSR to be charitable. If pushed too far or treated as anything other than the beast it is, it will bite back — and hard.

While one of the last examples of a road-legal race car, the 934 carried on in style. Between its two years of manufacture between 1976 and ’77, it amassed quite the record.

An example of its prowess arrives in the form of a championship victory in the European GT Championship. It also claimed the Trans-Am Championship in the United States. Combine that with a class victory (fourth overall) at Le Mans in 1977, and you have the recipe of a legend. 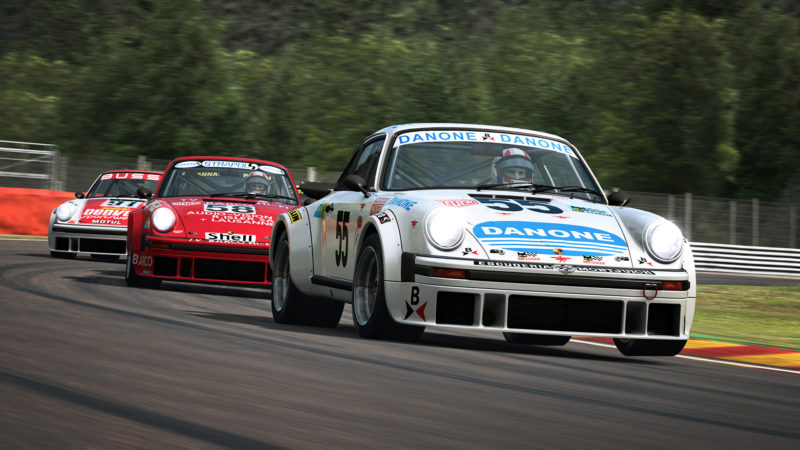 The Swedish team plans to expand the Group 4 roster next year, so keep an eye peeled for that. In the meantime, the 934 RSR can be yours for $4.54, or 399 virtual Race Points (vRP). For those looking for the total package, the 934 and all 37 liveries can be had for the discounted price of $8.87.

With the remaining two cars set to arrive next year, we’d be willing to bet at least one is the 935. After all, its reign of terror is legendary in its own right.

Andrew Evans · Dec 20, 2018
If you fancy getting your hands on the brand-new Thrustmaster T248 steering wheel, then Sector3 Studios has a giveaway that should be right up your street.

Andrew Evans · Dec 20, 2018· Comments
By now, we should all be used to seeing pro drivers trying their hand at esports events. Over the past couple of weeks, and in response to the near total cancellation of real-world motorsport, pros have raced against personalities in the sim-racing world in a series of exhibition races.

Andrew Evans · Dec 20, 2018· Comments
PC racing sim RaceRoom Racing Experience is truly putting the “free” into “free-to-play”. Sector3 Studios has opted to make not only the game itself but every single item of content within it free to all for the next few days.

Michael Leary · Dec 20, 2018
The first update of 2020 has arrived to RaceRoom Racing Experience, and with it comes a brand new circuit. Located in the city of Shaoxing in the eastern province of Zhejiang, China, say hello to the Zhejiang Circuit.

Michael Leary · Dec 20, 2018· Comments
The December update for RaceRoom Racing Experience is now available on PC. With it comes plenty of goodies that are appropriate for this time of the year.

Michael Leary · Dec 20, 2018· Comments
We’re coming up on the end of the year, and right on cue, Sector3 Studios has begun teasing what’s next for RaceRoom Racing Experience. The Swedish studio has revealed the next car on its way is the BMW M4 GT4.

Jimmy Broadbent · Dec 20, 2018· Comments
After some much-needed rest and recuperation over the last week or two, I’ve come back to a whole heap of new sim racing content. Over the last few days, rFactor 2, DiRT Rally 2.0 and RaceRoom have received new goodies. It always puts a spring in my step when there are new toys to play with when I get home. Of all the newly-released toys, I’ll be talking about the bonkers Volkswagen I.D. R.