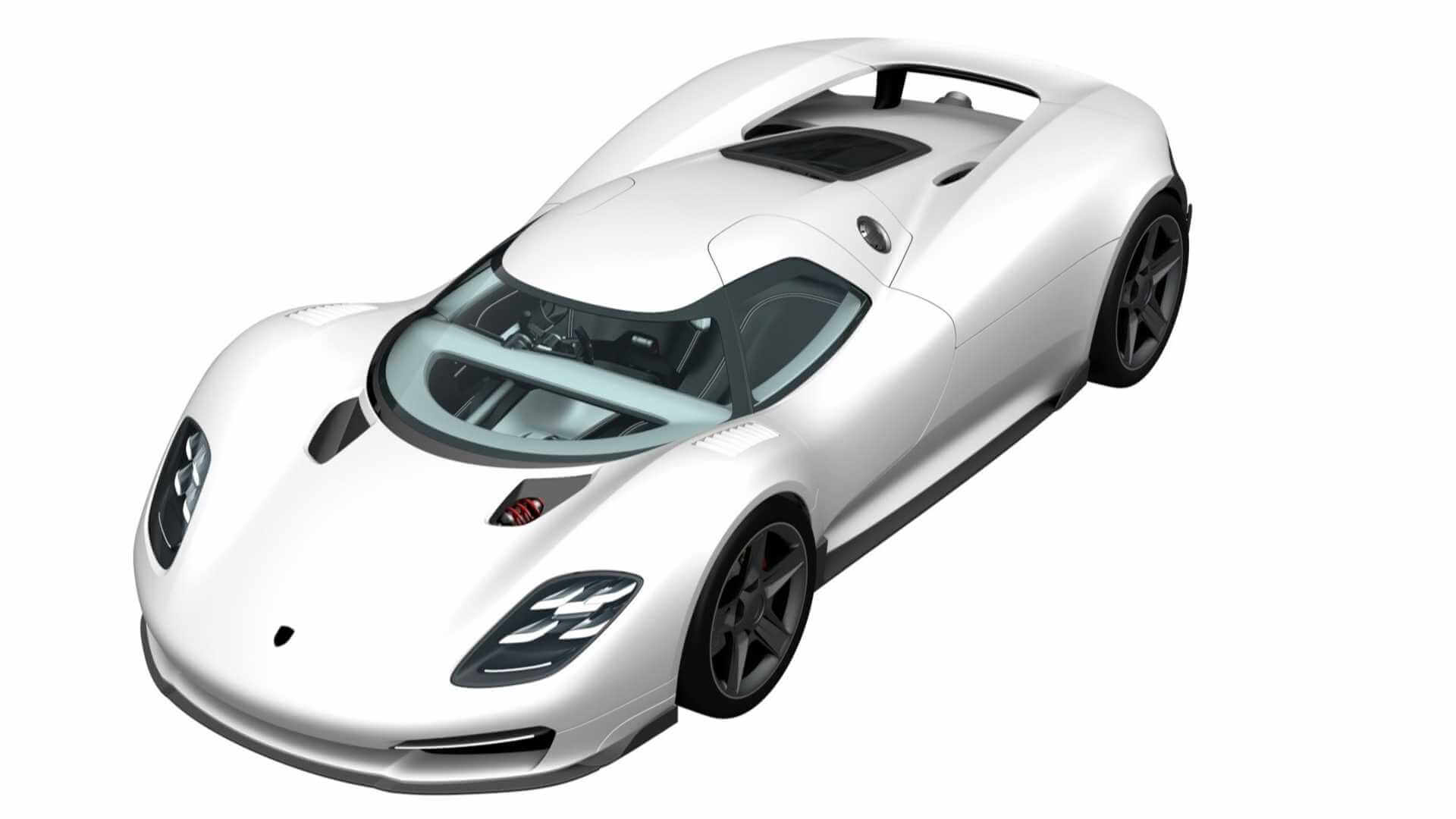 A couple of weeks back, a patent filing from German prestige manufacturer Porsche leaked out onto the internet. The filing showed a 3D model of what appeared to be a new hypercar of some kind from the brand, leading to a lot of speculation about a successor to the 918 Spyder.

That’s something that Porsche has since denied, stating that the model does not relate to a production vehicle. We think that there’s a different explanation though: it could be one of the two upcoming Porsche models for GT Sport.

Porsche initially filed the patent — actually two patents, with the other showing the car’s active rear spoiler — in March last year. It’s come to light now because the German Patent and Trademark Office (DPMA) published it in late April. On the face of it, the car looks quite a lot like the 917 Living Legend concept, and it’d be easy to dismiss it as such. However, if you look closer there’s a few additional details you might miss at first glance.

Designed by a very small team as a design study back in 2013, Porsche kept the 917 LL under wraps until the 50th anniversary celebrations for the original 917 race car last year. The Legend itself is actually a full-size clay model, and that means there’s no interior — it’s obscured by the opaque ‘windows’. As you’ll spot in these images of the two, that’s something that doesn’t apply to the car in question.

The patent images reveal not only a full interior, but also that this car is a single-seater. Very strangely though the driving position is on the right of the cockpit. That means that it’s right-hand drive — as you would expect of a UK or Japanese market car, not a European one.

There’s a few other details beside. Firstly there’s the headlights. These are very similar to the items you’ll find on the Porsche Taycan, and the original Legend model didn’t actually have any headlights at all. Around the back there’s a completely different diffuser arrangement; the Legend was clearly all about the racetrack, but this model seems to have more road compliance about it. There’s an extra reflector, or possibly a high visibility fog light, as a further nod to road legality too.

One final clue to the car’s purpose comes by way of the patent filing category. Porsche did not submit this as a vehicle design, but as a design for “Automobiles, Vehicles [Toys]”.

We are expecting a further two Porsche models to come to GT Sport in 2020. As revealed in the original announcement, Porsche was due to add three cars in total, with the Taycan Turbo S, the 917 Living Legend, and an unknown Vision GT car.

Given that this patent filing is not for a real car, features a full interior and more road-oriented parts, and has a Japanese-market driving position, it could well refer to either a modified version of the 2013 original, or even a Vision GT car based on it.