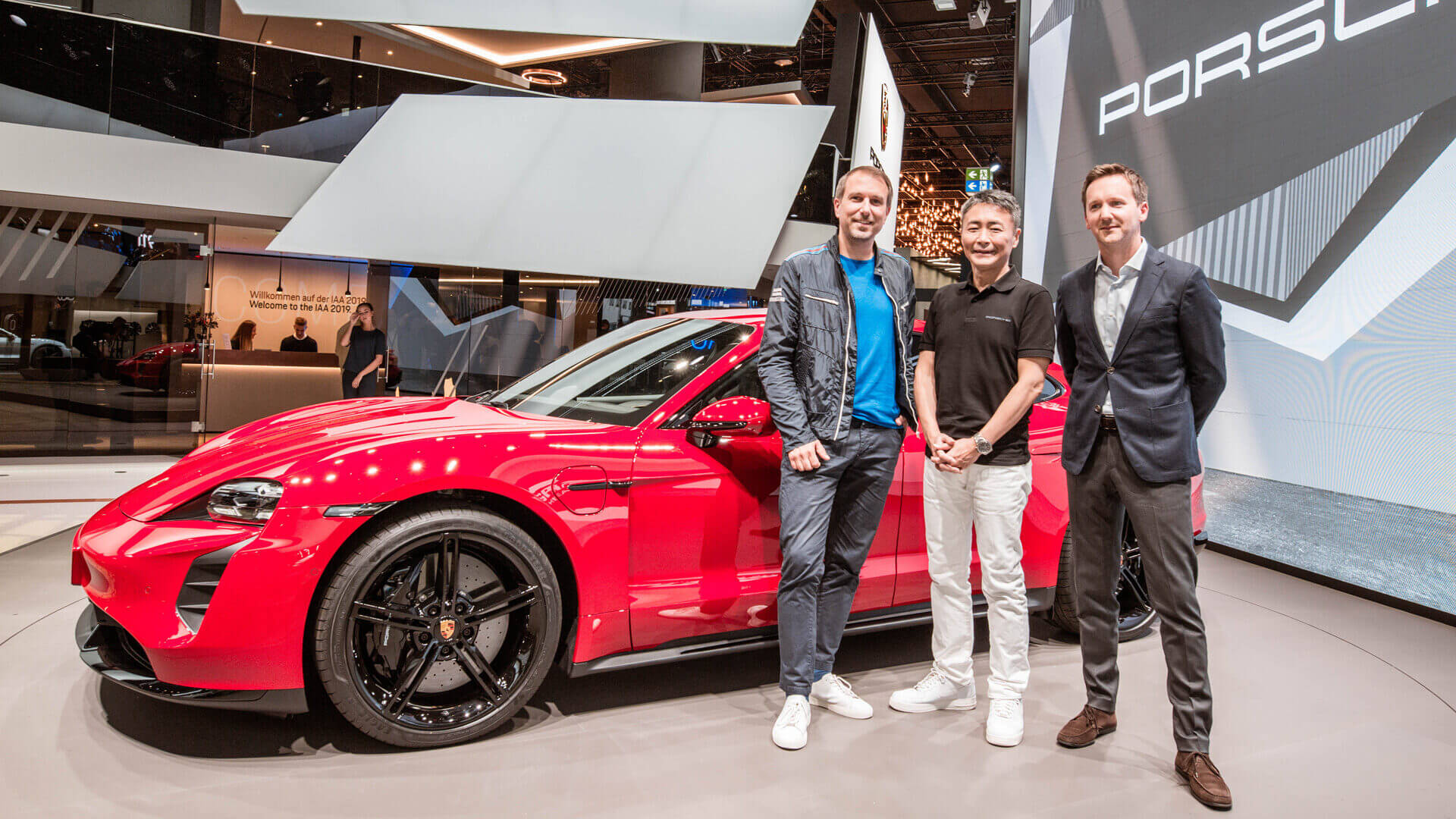 In a joint press conference at the 2019 Frankfurt Motor Show, Porsche and Sony have revealed plans to expand their partnership.

With Kazunori Yamauchi present, the event previewed new content for GT Sport. This will start to arrive as soon as next month, with Porsche’s Taycan — just revealed for the first time last week — the first car in the list. Following that, there’ll be two further cars that will be unique to GT Sport.

The Taycan is the first full EV from Stuttgart, and it’s based on the Mission E concept from a few years back. It’s also latest effort from a major car manufacturer to rain on Tesla’s parade.

It comes in two flavors at launch: the Taycan Turbo and the Taycan Turbo S. Using a pair of motors — one on each axle — the cars produce 671hp and 751hp respectively. And yes, despite the name, there’s no turbocharging involved; it’s simply a trim designation thing.

The latter of the two is the car on its way to GT Sport. Despite coming in at some 5,000lb, the Turbo S can hit 60mph in under three seconds and carry on to hit 162mph. You’ll get to experience the car in the game yourself by the end of October.

Following the Taycan Turbo S, there’ll be a 50th anniversary tribute to the 917. Originally produced as a design study in 2013, the “917 Living Legend” is a race car derived from the 918 hybrid hypercar that celebrates Porsche’s Le Mans-winning racer.

Porsche never made a functioning version of this car, so when it arrives in the game in the early part of 2020, GT Sport players will be the first in the world to drive it.

The third car on the list is a Vision Gran Turismo from the brand. We’ve seen a potential Porsche VGT car before, but this time it’s the real thing. There’s no particular timeline for when this car will arrive, other than “before the end of next year”.

“Motorsport is part of our DNA and racing games offer great opportunities to reach young and digital target groups. The multi-award-winning ‘Gran Turismo’ franchise is the perfect partner for offering our fans the opportunity of having a Porsche experience in racing games. To further strengthen our esports engagement also has highest priority.”