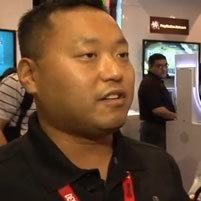 An unfortunate set of circumstances required me to unplug for a few days, and I want to get everyone caught up with the latest batch of news over the past week or so. Frankly, there hasn’t been much going on in the world of Gran Turismo, but all of that is about to change with GamesCom 2010 coming up next week! Several GTPlanet members will be in attendance throughout the event, and we’re going to have more exclusive coverage than ever before – watch for more major announcements on that over the next few days. For now, here’s a quick summary of what you did (or…didn’t) miss:

During an interview with G4TV at Comic-Con 2010, a Sony rep raised a few eyebrows with a mention of rain and snow “scenery” in GT5. This obviously isn’t the first time we’ve heard about weather coming to the game, but it is the first time snow’s been mentioned specifically. Regardless, this isn’t really particularly newsworthy, as we’ve had both rainy and snowy “scenery” in previous GT titles (remember Chamonix?). The real question remains: will it be “dynamic” and available on all of our favorite tracks? Nobody knows…yet. 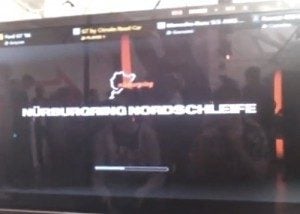 Popular gaming blog Kotaku made a serious error while attempting to call out apparently long load times seen in a GT5 demo. The original video they posted had clearly been slowed to make it appear the Nurburgring Nordschleife took over 1:30 to get started. It didn’t take long for the rest of the web to catch on to their mistake, and they eventually admitted the error. See the unfortunate fiasco for yourself right here.

The guys who build the VisionRacer gaming rig shared more video of Gran Turismo 5‘s online “spectator mode” which was seen during the GT Academy 2010 national finals. Thanks to VirtualR for the tip!

Weather
The original comments for this post are no longer available.
Test Your Badge Knowledge With Our Car Logo Quiz

Gran Turismo Sport 981 Mar 1 by Andrew Evans
It’s the first of the month and the start of a new week, and there’s another set of new GT Sport Daily Races to keep us all occupied for the…

Gran Turismo 7 296 Feb 23 by Andrew Evans
Gran Turismo fans will have to wait a little longer to get their hands on the next full entry in the series, as Sony has revealed the game won’t make…

Gran Turismo Sport 981 Feb 22 by Andrew Evans
A new set of GT Sport Daily Races has arrived, and the next seven days will put you in racing action at circuits — real and fictional — around Europe.…

Gran Turismo Sport 2370 Feb 18 by Andrew Evans
Updated February 20: Since we posted the details below, all corresponding information has been removed from the official Gran Turismo website. We’ll update this article with more information as we…

Gran Turismo Sport 981 Feb 15 by Andrew Evans
The latest set of GT Sport Daily Races, running for the next seven days, will see you recreating the golden era of rally in a rather unusual event — as…