Studio 397 has released a substantial beta for PC sim rFactor 2 today. We’ve got a detailed breakdown of what racers can expect from the update, care of Dom Duhan.

Dom’s name should be familiar to long-time GTPlanet readers. The head of professional esport squad Team Redline, Duhan has been working with Studio 397 since late last year. He’s also fast behind the wheel himself, setting a new record at the Nürburgring in Assetto Corsa last summer.

The focus in this new beta is the adoption of DirectX 11, and the implementation of VR support for Oculus Rift and HTC Vive. According to Duhan, the team has rewritten much of the graphics engine. “This update includes several effects for post-processing,” he tells us, “such as depth of field, AO updates, glare, tonemapper updates, colour balancing, exposure and a ton of other features.”

All of these improvements give the newest iteration of rFactor 2 a solid foundation. Studio 397 intends to continue to build on this base, targeting further improvements to night and rain racing for future updates. 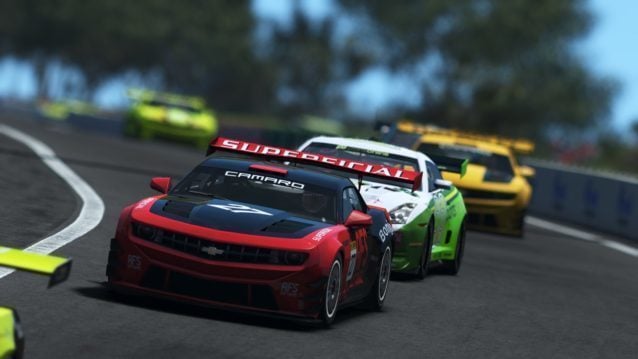 With rFactor 2 just recently celebrating its fourth birthday, the GUI has also been targetted for a facelift, though that will arrive with a later update. The aim here is to make the interface more user-friendly, not just within game, but also from mobile devices. Duhan calls it a “highly-engaging platform.”

Speaking of engaging, a large part of rF2’s appeal is its mod-friendly nature. Not only do many real-world race teams use the title for training, but it also plays host to large esports events (like the Visa Vegas eRace). Duhan promises competition will remain a central tenet of the platform, as Studio 397 continues to work with several third-party mod creators.

Lastly, the team is teasing an expansion to its license and partnership roster. Recent additions include both manufacturer Radical and NOLA Motorsports Park. We know of a certain German automaker that’s been appearing left and right recently…

The beta will begin rolling out today, and Studio 397 promises a constant stream of updates. rFactor 2 is also currently available on Steam — you can purchase it here. Stay tuned for more news on the game later this week.