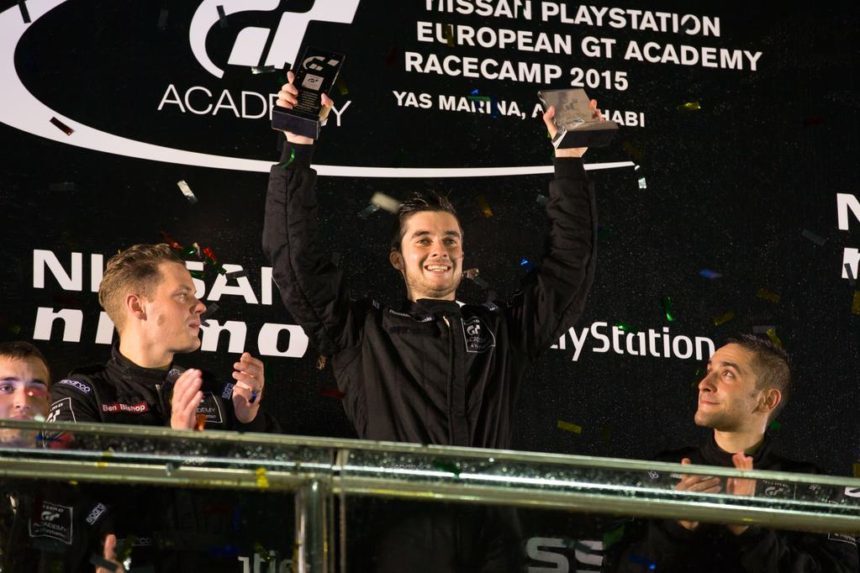 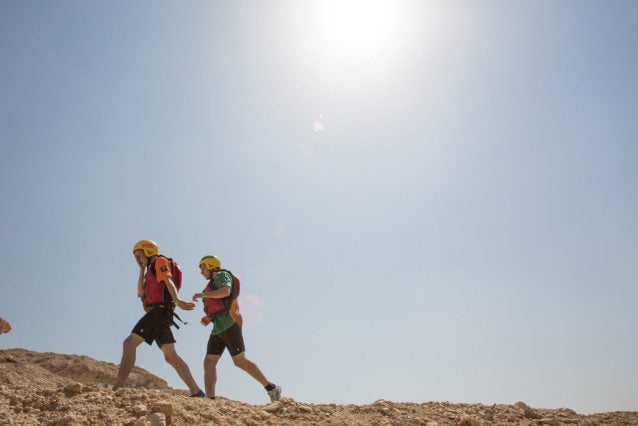 It’s been a long week, full of ups and downs, for 56 Gran Turismo 6 players. Back on the 5th of the month, the European edition of GT Academy 2015 kicked off in the hot and hazy climate of Abu Dhabi.

Setting up Race Camp on the man-made Yas island, and joined by F1 designer Adrian Newey, NISMO had a full battery of tests lined up, pushing the players up to – and even past – their limits, in the search for another breakthrough driver in their gamer-to-racer development program. Romain Sarazin, a twenty-one year old Economics & Management student from France, has won the coveted title after seven days of intense testing. 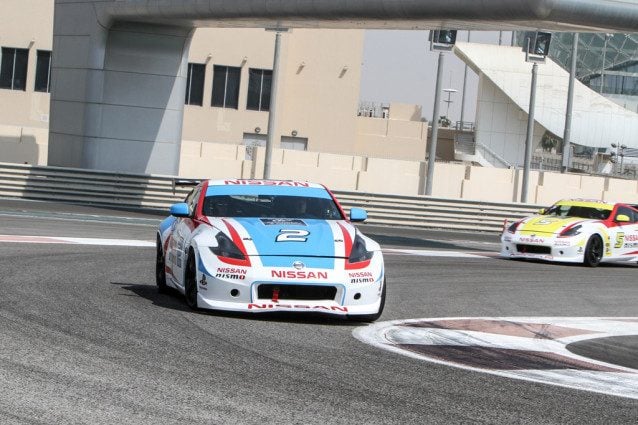 After introductions on the first day, Day 2 of Race Camp saw half of the field removed from the runnings, with 28 competitors dropped between two elimination rounds that day. The first round was a physical test, with an assault course set up at nearby Wadi Adventure. Two competitors from each of the 7 regions would be eliminated there, while the strongest pair from each would be spared from elimination in the second event: a drag race under the flood lights at Yas Marina. The knockout-style runs removed the other 14 players that day.

Day 3 was easier on those 28 remaining. After being upgraded to five-star suites in the Viceroy Hotel (the ultra-modern, colour-changing behemoth that looms large over the Yas Marina track itself), the drivers took to the southern circuit in the trusty 370Z’s to be recorded for in-depth analyzing from the instructors. While no eliminations took place, all remaining competitors earned valuable seat time.

The fourth day saw eliminations for the Italy, UK, France, and Germany groups, with head-to-head races in identical GT-R’s on the Hodariyat Bridge, commonly referred to as “The Bridge To Nowhere”. Each region’s mentor chose the pairings, with the losing pair racing against one another to determine who was sent home. Of special note was the German heats, which saw early on-paper favourite Florian Becker making a mistake that would cost him his spot in the remainder of the competition, while the brothers Georg and Thomas Kiefer were pitted against one another in a serious test of pressure. 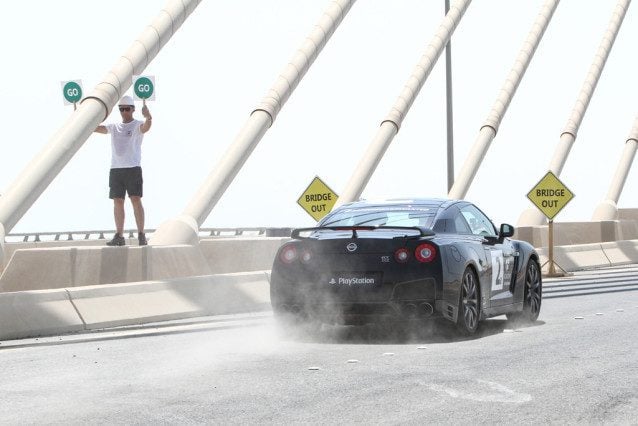 Day 5 saw the remaining three regions undergo the same elimination process on Hodariyat Bridge, followed by another classroom session and an early night. For those keeping track, this meant 21 competitors were heading into the penultimate day.

The sixth day brought with it a change in scenery, with the group pitching tents in the Rub’Al Khali desert in the evening. Prior to that, the teams took part in a 90-minute kart endurance race at the Yas Marina circuit, with the Benelux region clinching the win. While there were no eliminations this day, the longer kart race provided valuable insight for the mentors.

The penultimate day did include another round of eliminations, with a buggy race through the dunes of the Rub’Al Khali determining which pair from each region would be taking part in the racing on the final day. When the dust finally settled, the fourteen were Joaquin Ferrer and Victor Prim (Iberia), Emile De Dryver and Kevin Mostert (Benelux), Ben Bishop and Mathieu Gauthier-Thornton (UK), Mateusz Wiech and Nikodem Wisniewski (CEE), Hugo Gustinelli and Romain Sarazin (France), Federico Agosta and Simone Maria Marcenò (Italy), and Thomas and Georg Kiefer (Germany). 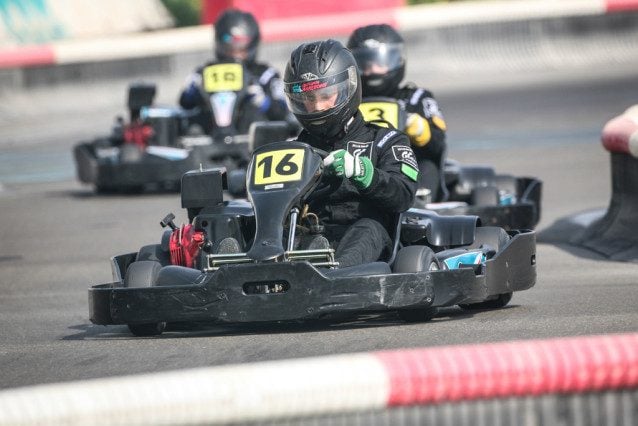 The final day saw UK driver Ben Bishop (a fellow GTPlanet member) start on pole after winning a Gran Turismo 6 race the night before. In the end however, it was Sarazin that would win the final race, and with it, be crowned the champion. Romain sees his name join a list that, in 2015 alone, already includes Aussie Matt Simmons, and JG Policarpio of the Philippines. 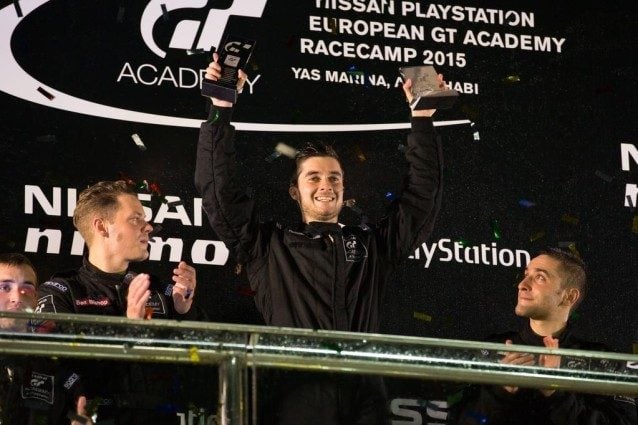 GT Academy 2015
The original comments for this post are no longer available.
Test Your Badge Knowledge With Our Car Logo Quiz