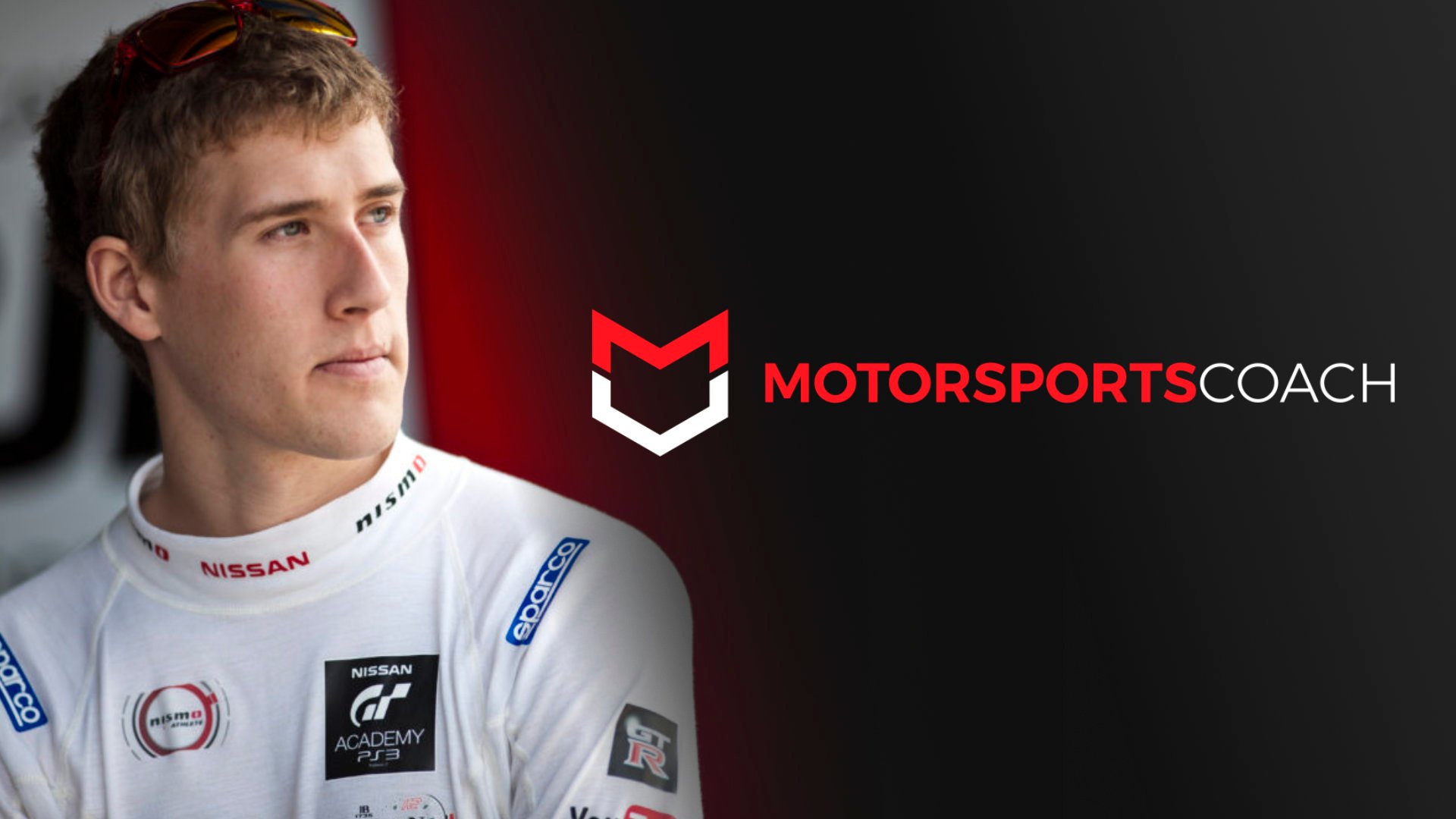 Since he was crowned U.S. GT Academy champion back in 2013, it has been a busy five years for Nick McMillen.

After scoring a class victory at the 24 Hours of Dubai, competing in the Blancpain Endurance Series and winning at Silverstone, Nick brought his talents back home and raced in IMSA. This year, he’s heading overseas again to compete in an Australian driver search, and — as one of the fastest “aliens” in Gran Turismo — he’s already looking like a serious contender in GT Sport’s inaugural FIA Online Championship.

In addition to his racing pursuits, Nick is expanding his ambitions with the launch of a new startup company, MotorsportsCoach.com. It’s a one-stop-shop platform which connects enthusiasts with qualified coaches.

“With the global popularity of motorsport, drivers and riders around the world are always looking to improve their skills on track,” Nick said. “The fastest and safest way to become a better driver or rider is with a personalized coach, but as I have learned, most people don’t know where to find qualified coaches.” 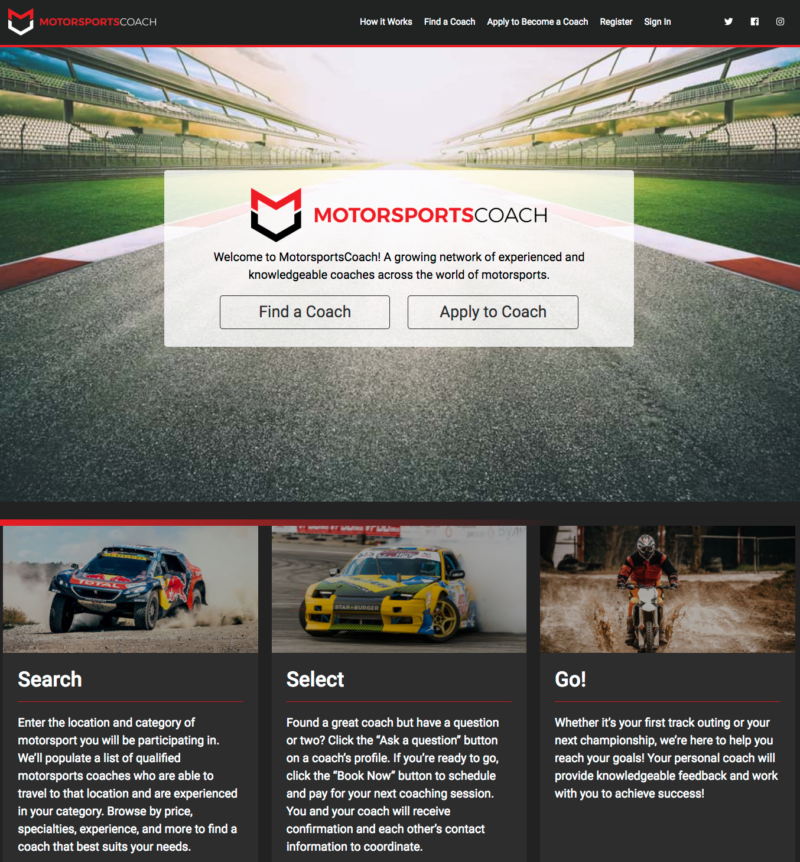 Like an Airbnb for driving enthusiasts, MotorsportsCoach lets visitors search for coaches by location and expertise. From there, users can browse the instructors’ profiles to learn more about them, read reviews, see their available services, and book them instantly.

One area of expertise which should be of special interest to GTPlanet readers: simulator coaching. 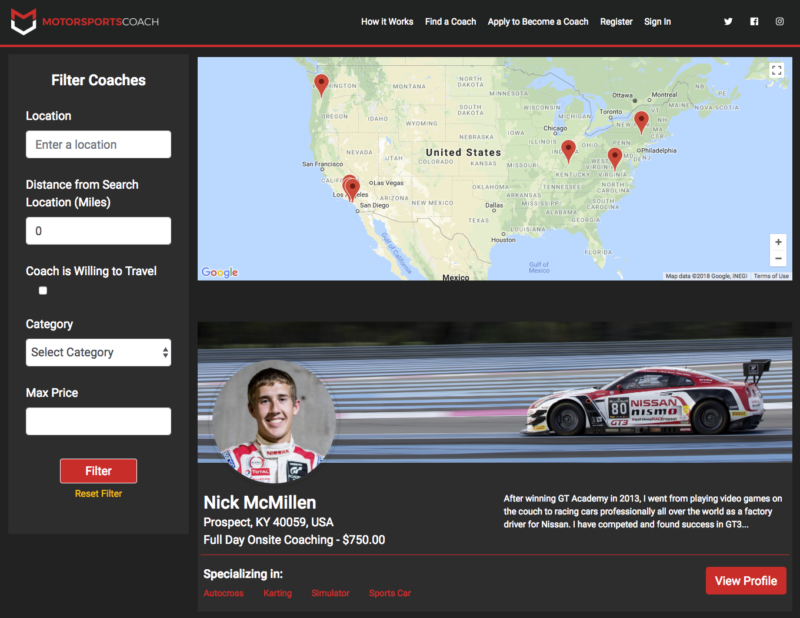 You can already book two GT Academy alumni on MotorsportsCoach — including Nick McMillen himself and finalist Tyrell Meadows — to help improve your chances in major sim-racing events.

After chatting with Nick about his new venture (he’s also GTPlanet member @GumballCGT), he feels that sim-coaching could actually be one of the site’s most popular categories.

You can browse for instructors here or, if you think you’ve got what it takes to become an instructor, you can apply to become a coach here.