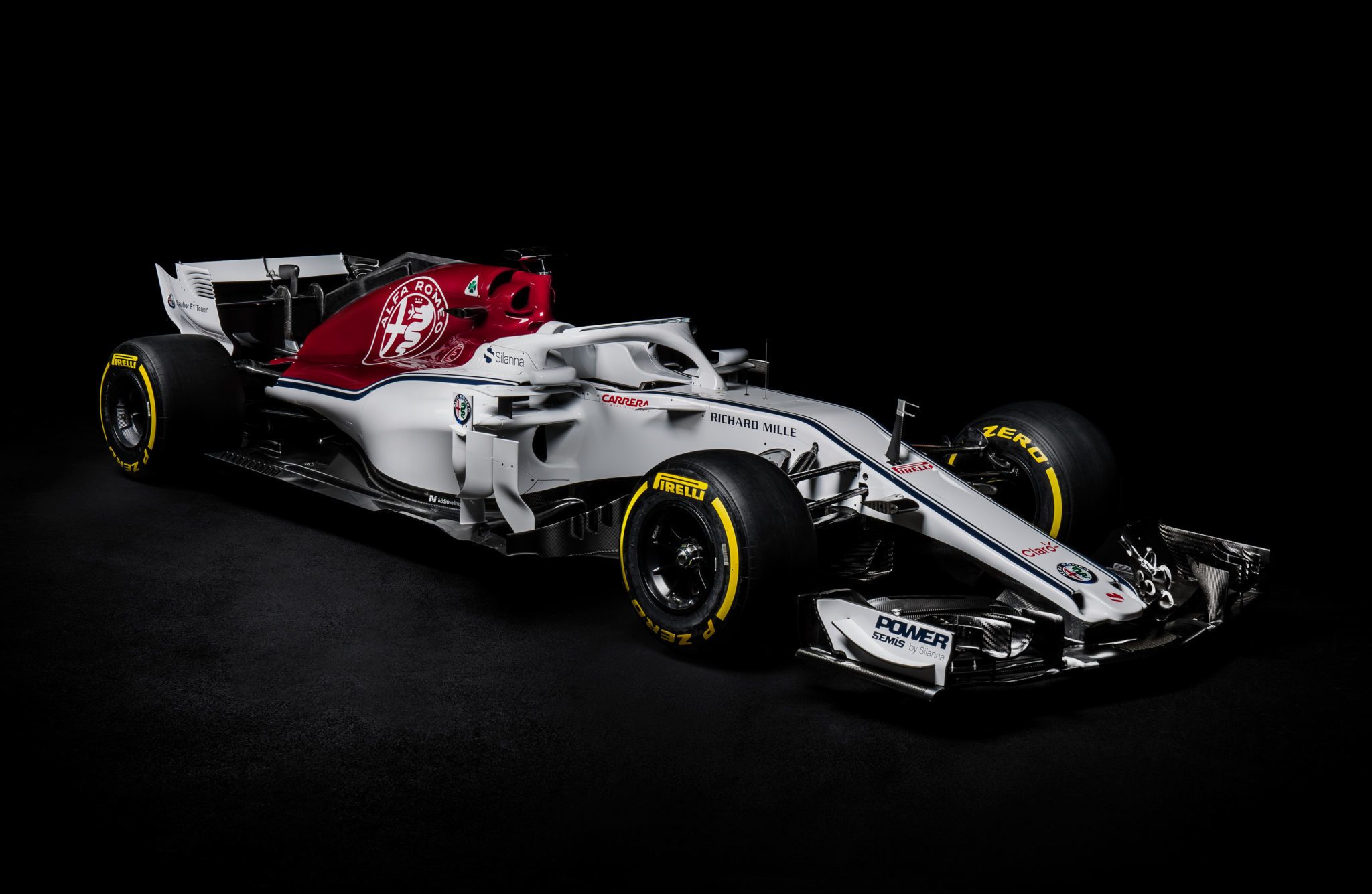 Sauber F1 is the next up to bat to reveal its contender for the 2018 season, the C37. This isn’t exactly a normal reveal however, with it marks the return of Alfa Romeo to the sport after a 30-year hiatus.

First teased last December, Alfa Romeo is the official title sponsor of the Swiss team. At first glance, the C37 appears to be one of the more aggressively-styled cars of those revealed thus far (Haas, Williams, Red Bull). That isn’t without reason as the C37 marks a new era for the team.

Alongside the new look is a new driver lineup consisting of Marcus Ericson and rookie Charles LeClerc. Keeping with the team’s hope of a new era, the latest-spec Ferrari power unit sits in the back. It’s a considerable step up from last season’s dated engines, which pushed the team to a mere five points in 2017.

“Speaking about the C37, the car philosophy is much different to that of the C36. The aerodynamic concept has changed significantly, and the C37 has several new features in comparison to its predecessor.

“We are positive that the new concept offers us more opportunities and will help us to make improvements during the course of the season. The 2018 Ferrari engine will also give us a boost in terms of our performance. We hope that we will make progress with the C37 and that we are more competitive compared to 2017.

“Our target ahead of 2018 is clear: We have to catch up with the field and continue improving our performance during the course of the season, added Team Principal Frederic Vasseur.”

Vasseur states the team’s goals in 2018 are clear: catching up and improving its performance over the season.

With both drivers looking to prove themselves behind a capable car, all eyes will be on LeClerc. Thanks to its ties with Alfa Romeo, Sauber could very well serve as a feeder team for Ferrari. Rumors suggest the Monacan driver could end up there, taking Kimi Raikkonen’s seat.

As things stand, Sauber is in a position to shake things up considerably over the prior season. While we aren’t expecting podium finishes, it should be capable of taking the fight to Force India. Considering a good deal of the action happens in the middle of the pack, Sauber looks to be in a prime position.